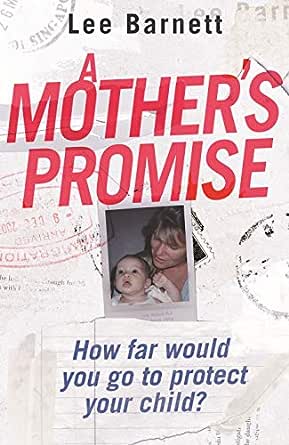 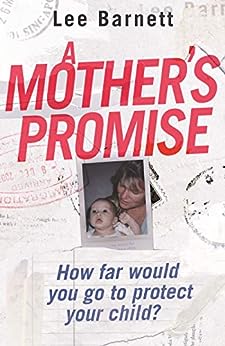 Lee Barnett eluded the FBI for almost two decades after fleeing the US with her young daughter, eventually settling on the Sunshine Coast. Then, after eighteen years, her luck ran out.

It should’ve been the happiest time of Lee Barnett’s life. She was married to a man she loved and trusted, Harris Todd, and she was pregnant with her first child. But things quickly turned from dream to nightmare when Harris walked out on her.

Well-connected and prominent in their hometown of Charleston, USA, Harris attacked Lee’s reputation and mental health status, leaving her emotionally and financially devastated. And then came the final blow: she lost custody of her beautiful daughter Savanna, who was only nine months old.

With all legal avenues closed to her after Harris had thoroughly destroyed her reputation in Charleston, and fearing Savanna’s future was to follow the same path under the care of Harris, Lee made the unthinkable decision to go on the run with her child. Lee and Savanna fled the USA, cutting all ties to their past. They travelled the world under aliases before finally settling in Queensland and living a happy and fulfilling life. Then one morning in 2013, almost twenty years after they first disappeared and on the other side of the world, the FBI knocked on Lee’s door.

Powerful, compelling and affecting, this is an unforgettable true story of a mother’s love and willingness to sacrifice everything to keep her promise: to always protect her daughter.
See all Product description

Sarah N
5.0 out of 5 stars Gut wrenching!
23 July 2019
Format: Kindle EditionVerified Purchase
An honest account of a mother's love for her daughter and family having to make some hard decisions in order to keep them safe.
Read more
Helpful
Comment Report abuse
See all 1 customer reviews
Write a customer review

Some Chick
5.0 out of 5 stars Impossible to Put Down, and Inspiring
24 December 2019 - Published on Amazon.com
Verified Purchase
After stumbling onto this story online, I looked for the book. I wanted to hear it from Lee’s (the mother’s) perspective. It was much more than I expected—concise and thorough and what an amazing life Lee has had.

Probably most mothers like to think they’d go as far to protect their child. But few of us, especially then, would have the know-how or strength of character you do it.

I’m sure there are other versions of the story from the biological father and his minions, but twenty years seems to have outted the truth. Lee isn’t mentally ill. The court was beyond WRONG to take her child. There can be no possible restitution for the error. It’s shameful.

What raises the book to five stars for me is the detail and information on everything from the court system, FBI, and the addicted broken women within the prison system. Lee is an extraordinary woman, as is her daughter.

I loved the book and highly recommend it. It is hard to get a copy in the US right now, but it’s available on Amazon Australia and is worth the shipping and wait.
Read more
One person found this helpful

deborah higgs
5.0 out of 5 stars A very gripping story
20 December 2019 - Published on Amazon.com
Format: Kindle EditionVerified Purchase
It was a very enjoyable book it was hard to put down
Read more
One person found this helpful

gail holt
5.0 out of 5 stars Be brave enough
13 August 2019 - Published on Amazon.com
This book written by a mother who loves her baby and gets caught in the web of dishonesty, corrupt legal systems, and a controlling husband who leaves Lee with no choice but to run will keep you on the edge. I applaud Lee as she depicts in her writing the intensity of how she moved swiftly to get proper documentation to leave the country. Keeping in mind all this happened pre computers and internet. Lee, in her story, shares the unstoppable kind of brave you only hope that you could find deep in your being when you really need it! A must read!
Read more
One person found this helpful

Jean Bullock
5.0 out of 5 stars It’s incredible to read about the sacrifices this Mother made to keep her daughter safe!!
13 August 2019 - Published on Amazon.com
This book is based on a true story of a mother’s desperate fear for her daughters well-being. It is so interesting to read how this mother sacrificed her life to keep her daughter safe and what she had to go through to make this happen. It is very well written, and I did not want to put it down. My hope is that a movie will be made of the book. I highly recommend this book and admire the woman who wrote it.
Read more
One person found this helpful

Kathy Jones
5.0 out of 5 stars A Mother’s Promise is an amazing true story and a great read!
16 August 2019 - Published on Amazon.com
A loving and dedicated mother finds herself living a nightmare that would debilitate most. Instead Lee finds the strength to flee her sadistic and controlling husband and seek a new life for her and her beautiful daughter. The story spans the globe and includes an interesting and complex cast of characters. This book is a real roller coaster ride and will keep you on the edge of your seat to the very end.
Read more
One person found this helpful
Go to Amazon.com to see all 7 reviews 5.0 out of 5 stars
Get FREE delivery with Amazon Prime
Prime members enjoy FREE Delivery and exclusive access to movies, TV shows, music, Kindle e-books, Twitch Prime, and more.
> Get Started
Back to top
Get to Know Us
Make Money with Us
Let Us Help You
And don't forget:
© 1996-2020, Amazon.com, Inc. or its affiliates