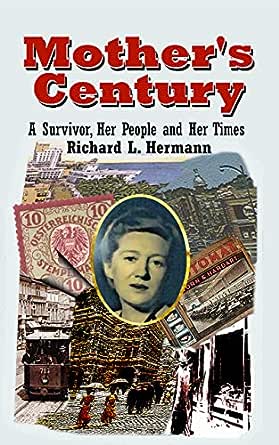 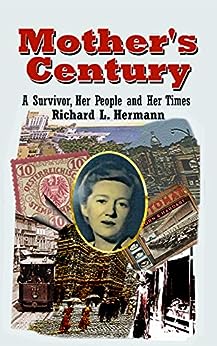 Mother's Century: A Survivor, Her People and Her Times Kindle Edition

Mother’s Century: A Survivor, Her People and Her Times is the “bio-history” of Margarete Sobel Hermann, the author’s mother and role model, who lived 101 tumultuous and productive years. Her life spanned 95 percent of the twentieth century, during which she and her family experienced much of the good, the bad and the exceptionally ugly that marked that most violent of eras. Born into a middle-class Jewish family in Imperial Vienna, she survived the First World War, famine and starvation, runaway inflation, political turmoil that makes what we are undergoing today pale in comparison, discrimination, street violence, the Great Depression, the Nazi takeover of Austria, the Holocaust during which scores of her relatives perished in the death camps, and the daunting task of getting herself and her family out of Europe to America. Once in the United States, she faced and overcame the formidable task of creating a new life for herself. The first two-thirds of this chronicle is about the initial one-third of her life—the European phase. The last third of this book is an account of the last two-thirds of her life—the American story. The theme that carries through this remarkable life is one of perseverance, grit in the face of often overwhelming odds and obstacles.

Richard L. Hermann is the author of 11 books, including the award-winning Managing Your Legal Career and most recently, Encounters: Ten Appointments with History. He is an attorney, a former law professor, and the founder and president of Federal Reports Inc. (sold to Thomson Reuters in 2007). He writes a weekly op-ed column and a legal blog (legalcareerview.com). Hermann is a graduate of Yale University, the New School University, Cornell Law School and the U.S. Army Judge Advocate General's School. He also served with the U.S. Army Atomic Demolition Munitions Team in Germany. He lives with his wife, Anne, in Arlington, Virginia and Canandaigua, New York.
click to open popover

Barbara Wilson
5.0 out of 5 stars History written at its best.
7 January 2019 - Published on Amazon.com
Verified Purchase
This book is full of information not just about the Jewish woman who is his mother, but about life as a Jew in Austria under the Nazis and much more. I was amazed at every turn in the book at the amount of information that was given about each subject. This is one book that I will reread many times.
Read more
2 people found this helpful

Roy Harris
5.0 out of 5 stars Opens a Loving Door onto Horrific History
20 November 2018 - Published on Amazon.com
Verified Purchase
This gripping, fascinating memoir--like none I've ever read--takes the reader through the horror of the Nazi Holocaust through the eyes of one extended Jewish family. Author Richard Hermann performs a great service, helping the reader confront World War II in a whole new, powerful way. And once grounded in what his mother Grete and her family members suffered, we appreciate post-war America in new ways, as well.
Read more
2 people found this helpful

Sharon Bowman
5.0 out of 5 stars A deeply personal and engrossing story of a Jewish family during the 20th century.
29 January 2019 - Published on Amazon.com
After reading Richard Hermann's "Encounters," I was eagerly awaiting the "back-story" to his mother's life (and, by extension, his own). I was not disappointed! "Mother's Century" chronicles his mother's 100+ years of living and, more importantly, the global history of her century.

Mr. Hermann is a master story-teller and he weaves both the personal and historical into a "can't stop reading" narrative, with his mother's life and her people the living threads that weave the whole narrative together. Deeply interesting, informative, and personal, this book taught me more about the 20th century than any history book ever could. With this, his newest book, Richard Hermann has done his mother – and his readers – proud!

Sue Carlson
5.0 out of 5 stars Life and Times of a Survivor: A Must Read
19 November 2019 - Published on Amazon.com
I loved learning the stories of the author's Mother in the context of the history of her times. The book is well written, compelling and inspiring.
Read more
2 people found this helpful
Go to Amazon.com to see all 5 reviews 5.0 out of 5 stars
Get FREE delivery with Amazon Prime
Prime members enjoy FREE Delivery and exclusive access to movies, TV shows, music, Kindle e-books, Twitch Prime, and more.
> Get Started
Back to top
Get to Know Us
Make Money with Us
Let Us Help You
And don't forget:
© 1996-2020, Amazon.com, Inc. or its affiliates