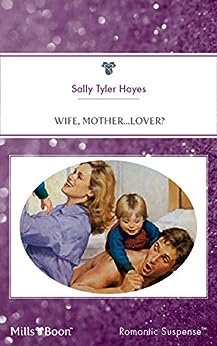 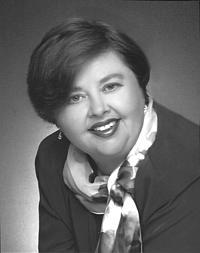 MBR
5.0 out of 5 stars Wonderfully heartwarming!
Reviewed in the United States on 28 July 2011
Verified Purchase
Thanks to the recommendation from my friend Saly over at Goodreads, I had the immense joy of reading and enjoying this Silhoutte Intimate Moments novel which I may never have come across otherwise. Throw in a grieving widowed hero who is struggling with the demands of being a single father to twins and the estranged sister-in-law who comes to the rescue at the most unlikely hour; his dead wife's sister who makes him feel again and I was in romance heaven with this little goodie which I adored right from the start.

32 year old Mitch McCarthy is a cop and single father to 16 months old twins Timmy and Teddy, struggling to make everything work with his demanding job requiring more of him than he is capable of giving whilst raising two active boys which is a full time job in itself. Nearly at the breaking point from being torn apart by the continuous conflicting demands, Mitch is about to give into his manipulative mother-in-law's demands and give up the twins to his in-laws care when Kelly's elder sister Leanne Hathaway comes to his rescue.

Same age as Mitch, Leanne had left home 12 years back and had rarely come for visits in between. A nature and exotic places photographer for travel and nature magazines, Leanne's job allows her to travel all over the world and to immerse herself in work to the point that she can forget the pain that resides deep inside of her because of the rift that has been caused by her step mother in her family.

When Leanne receives a letter from her pregnant sister Kelly whilst in the middle of a Nepali jungle, Leanne finds out that she has received the letter a trifle bit too late for Kelly. When 16 months later Leanne receives the news that her brother-in-law Mitch is about to give up Kelly's babies, despite all her misgivings about facing her family and Mitch himself, Leanne rushes back home to rescue Timmy and Teddy from falling into her step mother's care.

Hostility and anger at Leanne is what Mitch feels at first, but knowing his precarious position in taking care of the twins, Mitch is forced to accept Leanne's help and is more than surprised when he finds the vulnerability that lies beneath what Mitch has perceived to be Leanne's cold and aloof nature. When Leanne's step mother forces Mitch's hand in asking Leanne's hand in marriage, the one thing Mitch never expects is for Leanne to worm her way into his heart, to heal the big hole that has resided in it for the past 16 months and for her to make him fall in love again.

Wife, Mother ... Lover? is a beautiful romance, one that is filled with intense moments of body tingling passion, heartwarming romance and two beautiful kids that would make anyone melt on the inside. Mitch is definitely a swoon-worthy hero that touched a place deep inside of my heart and I loved him for everything he is and the way that he understands Leanne unlike any other. And Leanne is a heroine who is wonderful in her own right, in the way that she completely embraces the fact that she has fallen for her sister's husband even hounded by the guilt that she feels every day.

What I loved most about this book was the fact that both Mitch and Leanne weren't afraid to talk about their emotions, communication being the key to the success of their burgeoning relationship. They don't let each other spend hours in agony over a misunderstanding, but rather face their guilt and fears over their relationship together which makes them that much stronger as a couple.

A happily ever after that is truly deserving is what this novel was all about and I highly recommend this one to fans of romances.

Shelia D. In VA
5.0 out of 5 stars Read This Book Countless Times
Reviewed in the United States on 8 June 2018
Verified Purchase
This book made me laugh and cry. Wonderful relaxing read.
Read more
Report abuse
See all reviews
Back to top
Get to Know Us
Make Money with Us
Let Us Help You
And don't forget:
© 1996-2021, Amazon.com, Inc. or its affiliates