Mother of Kings and over 1.5 million other books are available for Amazon Kindle . Learn more
Share <Embed> 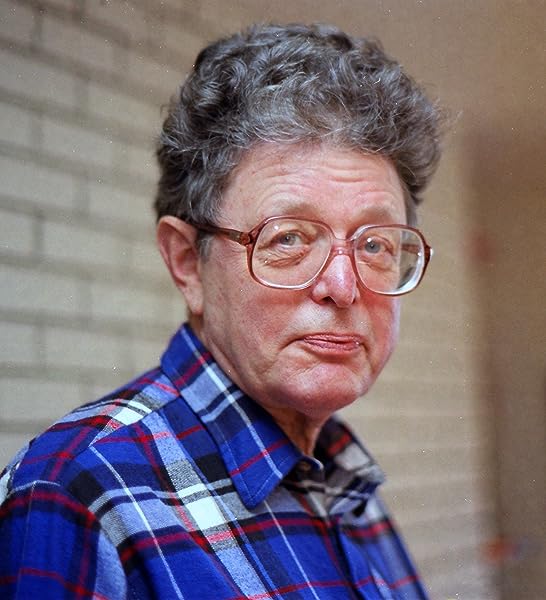 Page 1 of 1 Start overPage 1 of 1
Previous page
Next page
Start reading Mother of Kings on your Kindle in under a minute.

The bestselling author of such classic novels as Brain Wave and The Boat of a Million Years, Poul Anderson won just about every award the science fiction and fantasy field has to offer. He has won multiple Hugos and Nebulas, the John W. Campbell Award, The Locus Poll Award, the Skylark Award, and the SFWA Grandmaster Award for Lifetime Achievement. His recent books include Harvest of Stars, The Stars are also On Fire, Operation Chaos, Operation Luna, Genesis, Mother of Kings, and Going for Infinity, a collection and retrospective of his life's work. Poul Anderson lived in Orinda, California where he passed away in 2001.

Albert David Ditchfield
5.0 out of 5 stars Great rendition of a classic tale
Reviewed in Brazil on 11 May 2015
Verified Purchase
The mother of kings is the story of a great woman in an age where men were vikings and viewed women as potential thralls to be enslaved, raped and sold. That Gunnhilde was a force to reckon with and shaped the history of Norway and the scandinavian world is no small feat. Poul Anderson is a great author and the story he tells is riveting. Excellent.
Read more
One person found this helpful
Report abuse

Black Belt Granny
5.0 out of 5 stars If you don't read anything else about Vikings this is your go to source for information
Reviewed in the United States on 29 December 2013
Verified Purchase
What can anybody say about Poul Anderson! the late, great sci-fi writer was legendary but this book, never got the reviews or the sales it should have had. I wish we had had to read this book in my History of the English Language class...it would have explained the Danish/Anglo-Saxon period in England WAAAAY better than Dr. Mogan's explanations, good prof though he was. I just finished Bernard Cornwell's Saxon Chronicles series, and found myself referring in my head back to Mother of Kings as familiar historical figures were pictured from the English side of things rather than the Viking viewpoint. One cannot understand the Norse mind and culture fully without this book.
Read more
2 people found this helpful
Report abuse

Ian M. Slater
5.0 out of 5 stars Ian Myles Slater on: Taking on the Masters
Reviewed in the United States on 27 March 2004
Verified Purchase
It is probably a matter of taste whether one considers this mainly an historical novel, set in the tenth century as remembered by the Icelanders in the thirteenth century, or a fantasy novel based on medieval Icelandic imagination about the past. The late Poul Anderson warns the reader that he is using "facts" about some of the characters which have only a limited connection to historical probability, even discounting the frankly supernatural elements. From either point of view, I consider the book an astonishing success. It is well worth the time, and for the uninitiated in saga-literature, the effort probably needed to read it through.

I say astonishing because, despite my very great admiration for Poul Anderson, I had some misgivings about this project. Anderson was setting himself some stiff competition. Gunnhild, the "Mother of Kings," figures prominently in at least three major medieval works: Snorri Sturluson's "Heimskringla" (a history of the kings of Norway); "The Saga of Egil Skallagrimsson" (which some have thought to be Snorri's work, and which is a biography of one of his ancestors); and, more briefly, but equally memorably, in "The Saga of Burnt Njal." In all of these she figures both as a queen and as a sorceress, and in the last especially as a dangerous lover of younger men.

Each of these works has been translated into English several times. Translators of the first include William Morris, and of the second E.R. Eddison, both major fantasy writers. Those familiar with Eddison's "Worm Ouroboros" will probably remember the passage from George W. Dasent's translation of "Njal's Saga" which is read aloud in the opening pages. Three original works of genius, all of which happen to be closely associated with the development of fantasy literature in English. Not exactly minor predecessors. (Gunnhild also shows up in other sagas, including accounts of the kings of Norway by other hands, and, in a passage parallel to the account in "Njal," in the great "Laxdaela Saga," but these appearances are, I think, of lesser literary importance. The two-volume 1860 edition of Dasent's "Burnt Njal" included an essay on medieval accounts of Gunnhild, now very obsolete, but interesting to compare to Anderson; single-volume reprintings of Dasent's translation omit this, along with the rest of Dasent's elaborate introduction and appendices.)

I was not, however, completely surprised by how successful I found the book to be. Anderson had reworked Icelandic literature in the past, including Snorri's account of a later Norwegian king, Harald Hard-Counsel (in "The Last Viking" trilogy), and the legendary "Hrolf Kraki's Saga," and retold the story of the Volsungs in science fiction terms in "Time Patrolman," before turning to divine mythology (and the relatively obscure accounts of Saxo Grammaticus) in "War of the Gods." He virtually began his career by extending the legendary sagas in "The Broken Sword." In none of these cases, though, were the originals quite so intimidating. He had not lost his touch in "Mother of Kings," despite the length of the story, and the complexity of the histories and legends he was working with.

T. J. Miller
5.0 out of 5 stars Poul Anderson writes a very good book
Reviewed in the United States on 21 May 2010
Verified Purchase
I would describe this as a historical fantasy. Features Gunnhild 10th century Viking queen & Eirik Blood-ax. I like it as a period piece and it seems to cover all the relevant details. I enjoyed the read. As far as historical fantasies of this genre go I also enjoyed Last Light of the Sun by Guy Gavriel Kay.
Read more
One person found this helpful
Report abuse
See all reviews
Get FREE delivery with Amazon Prime
Prime members enjoy FREE Delivery and exclusive access to movies, TV shows, music, Kindle e-books, Twitch Prime, and more.
> Get Started
Back to top
Get to Know Us
Make Money with Us
Let Us Help You
And don't forget:
© 1996-2020, Amazon.com, Inc. or its affiliates