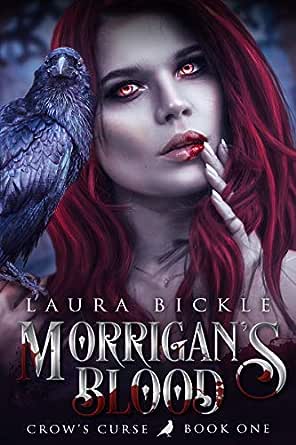 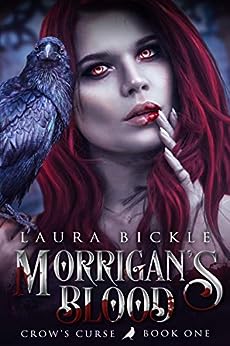 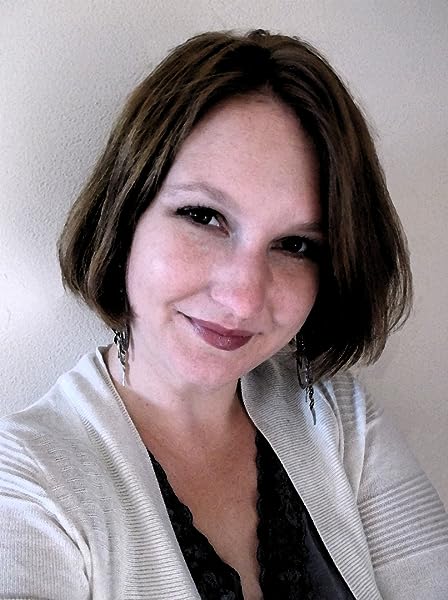 Roger Weetch
5.0 out of 5 stars An exciting introduction to the series.
Reviewed in the United Kingdom on 20 February 2021
Verified Purchase
I'm not usually drawn to vampire novels but this one I thoroughly enjoyed. Garnet Connors works as an emergency surgeon with an affinity for crows but when she sleeps she dreams that she is the goddess of war and death, living on the blood of the dead and dying. Unknown to her and her friends, a group of vampires and one of witches are fighting for control of their town and each group want Garnet on its side. When she finds that some of her patients have been attacked by vampires while a fire at a night club that she had been attending had been started by witches she feels torn between them. The book ends at an appropriate point rather than the cliff hanger that some series favour but there are sufficient interesting alternatives leaving you to want to read the next book.
Read more
Report abuse

author gr
5.0 out of 5 stars Good book
Reviewed in Canada on 28 January 2021
Verified Purchase
I liked this book. The switch between timelines was a cool gimmick. The only thing I didn't like was how the protagonist was so easy around a man. Though that seems to be a part of the genre. Highly recommended.
Read more
Report abuse

Leeanna Chetsko
4.0 out of 5 stars Morrigan's Blood (Crow's Curse #1)
Reviewed in the United States on 27 September 2020
Verified Purchase
I was impatiently counting down the days until the release of MORRIGAN’S BLOOD. I’m a fan of the author, and was excited to see her take on the Morrigan and vampires. For the most part, I liked the first book of the Crow’s Curse trilogy, and I’m eager to see what the next two books have in store.

Garnet Conners is a trauma surgeon who likes order and has worked hard to make a life for herself. But tragic things often happen around her, and mysterious things too, like crows bringing her gifts. She often dreams of being the Morrigan, the Irish goddess of death and war.

I liked the Morrigan sections of this book the most. I was intrigued by the author’s envisioning of the Morrigan as a vampire queen slash goddess. Seeing the Morrigan dole out her version of justice and support women was thumbs up for me. But I didn’t see why the Morrigan liked Merrel so much… hopefully that will be explained more in the future.

I’m curious to see how Garnet’s past life as the Morrigan will play out in the next two books.

Garnet is pretty good, too. I liked that she asked the people around her for help. That’s a peeve of mine, when characters keep *everything* to themselves. The crows showing up for her was something else I liked -- the author has a touch for writing animals, and even though the crows couldn’t speak, they still had a bit of sass and character whenever Garnet talked to one.

I did think the last 30% of the book was a bit rushed compared to all of the build up. I had a couple of “hmm” moments, but overall, I still enjoyed MORRIGAN’S BLOOD and will continue the series.

Kelly Well Read
5.0 out of 5 stars A fresh contemporary dark fantasy take on the Irish Morrigan mythology
Reviewed in the United States on 28 September 2020
Verified Purchase
4.5 Stars. I've been a fan of the books written by YA and Adult fantasy author Laura Bickle since reading her Wildlands series, starting with Dark Alchemy, a few years ago. It's a very unique contemporary dark fantasy world, so I had high hopes when I found this new series mentioned last week on the author's social media. The three eBooks in the series are scheduled to be released once a month, in September, October, and November, and after reading the first one, I've pre-ordered Book Two. Morrigan's Blood opens the series, which is an interesting take on the the Irish Morrigan mythology, set alternately in ancient and contemporary times.

The Morrigan of mythology is mainly associated with war and fate, especially with foretelling doom, death, or victory in battle, and in this role often appears as a crow. The author seems to have done an excellent job of mining the mythology in writing the series. At the beginning of the story, set in ancient times, we meet The Morrigan and witness her power in battle. She has granted her favors to various kings over the centuries in return for blood. In this re-telling, the original Morrigan is also a vampire, known as Queen of the Night, and she relishes in blood (a quick caveat: there is a lot of blood in this book, so if that isn't your thing, just a content warning; though I think it worked well with the story line).

In contemporary times, we meet Garnet Conners, an assertive and talented trauma surgeon who has a birthmark that looks like a crow on her shoulder. We find out that crows have been leaving her little gifts since she was a child, though she never knew why. When the severely injured patient Dr. Conners is operating runs out of the OR and disappears into the night, Garnet finds herself caught in a war between the vampires and witches living in her city that she knew nothing about.

The book has a dual timeline, with scenes from The Morrigan's life centuries ago appearing as dreams to present-day Garnet, though she doesn't understand them at first. But she meets a man from the dreams one evening, and her whole life is upended: for she possesses the blood of The Morrigan, and both the witches and vampires want her on their side.

The characters are fully fleshed out, the dialogue is seamless, and the pace is unrelenting, once the story takes off. I really loved the addition of the crows and the impact of their appearance in both timelines, and appreciated that echo back to the Wildlands series. The book ends with a satisfying climax for the original story, but also somewhat of a cliffhanger, leaving the reader wanting to know what happens next in this exciting and fresh dark fantasy take on Irish mythology.

I recommend Morrigan's Blood for those who enjoy urban and dark fantasy novels with strong female main characters. The next two eBooks in the series are Morrigan's Bite, coming October 23, 2020 and Morrigan's Bond, available November 19, 2020, which I have not read - but am looking forward to.
Read more
One person found this helpful
Report abuse

Deb_B_Me
5.0 out of 5 stars A Thrilling & Chilling Dark Fantasy Must Read!
Reviewed in the United States on 17 October 2020
Verified Purchase
Wow! “Morrigan’s Blood (Crow's Curse Book 1) is a dark vampire fantasy with magic and more and a page-turner you won’t want to put down! ... With a different plot, well defined characters, like the protag, Garnet a trauma surgeon in the present, to ‘the Morrigan’ Queen of the Vamps from a past myth. I was on the edge of my seat at times, so I had to slow down & be careful to keep up with the changes in time. Definitely a must read for Adult fans of fiction & I look forward to the next coming books by Ms. Bickle. I highly recommend this to all fans of fiction and now I can’t wait for more!
Read more
Report abuse
See all reviews
Back to top
Get to Know Us
Make Money with Us
Let Us Help You
And don't forget:
© 1996-2021, Amazon.com, Inc. or its affiliates