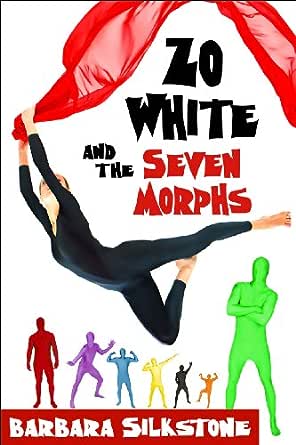 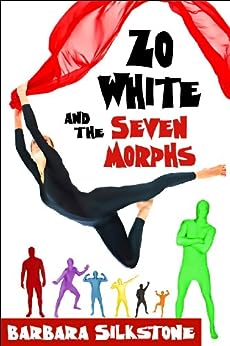 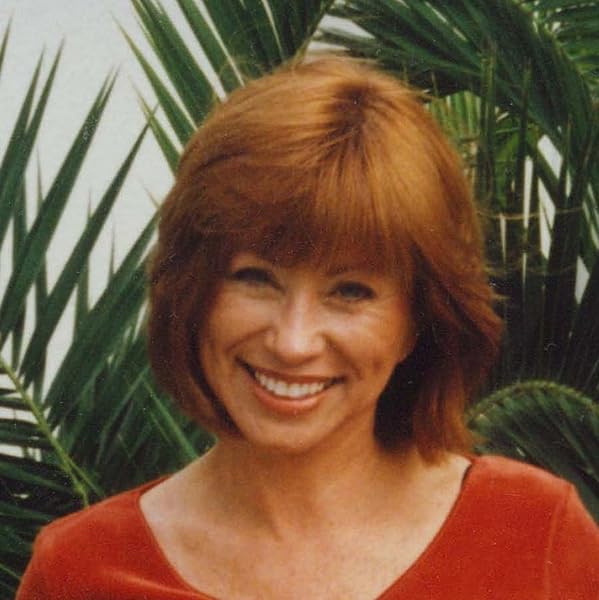 400 Baby Turtles? Huh? Zo White, aerial dancer and star performer in the Grimm Brothers’ Cirque is stalked by an unknown assassin. The Seven Morphs acrobatic team tumble to her rescue while preparing to leave on a covert mission. What secrets are hidden by their bright colored spandex body suits and will Zo find love with Green Morph? Romantic Suspense on the light side.Throw in outrageous plot twists, a magic mirror, 400 baby turtles, a giant python, Miami mobsters, and a few murders on the side, and it all adds up to a zany whodunit that keeps you laughing and guessing till the end.

"I give this book five out of five feathers, although masked heroes are a stretch."
~ Tonto

"A hopping good novel that proves it isn't easy being Green."
~ K. Frogg

Silkstone’s writing has been described as “perfectly paced and pitched – shades of Janet Evanovich and Carl Hiaasen – without seeming remotely derivative. Fast moving action that shoots from the hip with bullet-proof characterization.

Barbara Silkstone is the best-selling author of The Secret Diary of Alice in Wonderland, Age 42 and Three-Quarters; Wendy and the Lost Boys; London Broil; Cairo Caper, Cold Case Morphs, and The Adventures of a Love Investigator

Silkstone's criminally funny fables are ripped from the headlines... shaken, not stirred, and served with a twist and a chuckle.

WHAT I LIKED: The mystery of the morphs was my favorite part of the book; I did not see that coming in the end. Even though the cover is a little iffy, the title works really well for the story. Between the setting (circus) and the twist on Snow White and the Seven Dwarfs, the title is appropriate. I also, really enjoyed the references to celebrities- "Lady Gaga in a convent."

WHAT I DIDN'T LIKE: I would have liked a bit more of a description of the inner workings of the magic mirror.

jcat
3.0 out of 5 stars Hectic but kind of fun.
3 May 2017 - Published on Amazon.com
Verified Purchase
What I liked: It had humor. It had action. It had little mysteries spread throughout the plot. It had interesting characters (and critters).
For a short book, it didn't seem that short because so much was crammed into it.

What wasn't so great: The characters needed more depth so that I could care what happened to them. The story sometimes seemed to lose cohesion because of all the silliness. The ending seemed rushed.

It was an OK read for me.

SusieQ
5.0 out of 5 stars Wildly entertaining
26 April 2013 - Published on Amazon.com
Verified Purchase
I have no idea how you can fit so many things into one book and make it work so well. From a silk dancer, to spandex clad performers in the circus, to gangsters, techies, turtle ranch, snake wranglers, a bomb or two, cosmetic tycoons? Whew that a a lot just to write. And of course there is a love interest/maybe 2. The imagination and ability to make it all work is astounding. I laughed and it kept me wanting to know what trouble she was going to get into next. Although I got this on a free day...I think it's worth more then the listed price for the length.
Read more
3 people found this helpful

Customer Cathy
5.0 out of 5 stars Colorful tale with colorful characters
3 August 2014 - Published on Amazon.com
Verified Purchase
I really liked this story. It's a cute little save the world tale with colorful circus morphs. Zo works to save the old motel, save the club, save the turtles and keep her invention out of the hands of the evil woman. I enjoyed how Zo worked and interacted with all her friends. Its funny and a fun adventure with a serious undertone. The characters, assigned colors instead of names, are all memorable. I don't think I'll be forgetting this tale very soon. I really think anyone will like this book.
Read more
2 people found this helpful

Melbiddle
4.0 out of 5 stars Delightful and full of charm
26 June 2019 - Published on Amazon.com
Verified Purchase
Great spin on the classic Snow White. I love how all the original characters are represented. Funny and unique story.
Read more
Go to Amazon.com to see all 60 reviews 3.8 out of 5 stars
Get FREE delivery with Amazon Prime
Prime members enjoy FREE Delivery and exclusive access to movies, TV shows, music, Kindle e-books, Twitch Prime, and more.
> Get Started
Back to top
Get to Know Us
Make Money with Us
Let Us Help You
And don't forget:
© 1996-2020, Amazon.com, Inc. or its affiliates