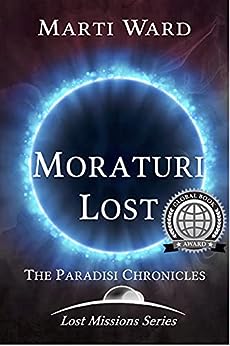 Anastasia Styles
4.0 out of 5 stars Boldly continuing!
Reviewed in the United Kingdom on 11 October 2020
Verified Purchase
Ward continues this series in the same robust style as the first, but there’s a very different feel, as this book has a much larger human crew complement and three less personable AIs (in contrast to the single human crew member, and deeply characterised single AI in the first book).

Due to amnesia induced during suspended animation, the crew aren’t entirely sure of who they are through much of the book, and I must say that I shared the sentiment—it’s difficult to strongly characterise amnesiac characters, and Ward seems to have made more effort than perhaps shone through. I, for one, found it difficult to relate to anyone besides the acting captain, arguably the book’s main character (this being again, a multi-perspective narrative).

Those who enjoyed the feline perspectives in the first book won’t be disappointed here as we get more of that too! They provide a nice light touch to what could be quite a dark story, if Ward had chosen to examine some of the existential terror that really would have been reasonable to portray in a story set in a fairly clunky spaceship in the wrong part of the Andromeda galaxy, with heavy casualties from the onset, and a largely “acting” crew. Think “Star Trek: Voyager” and then make it low-tech, and have the Andromeda galaxy empty of the space-faring civilisations we met in the aforementioned series’ Delta Quadrant of our own galaxy. I do wonder whether we’ll meet any space-faring civilisation in the third book—Ward clearly isn’t shy of introducing extraterrestrial life, as he did in the first book, albeit in a rather low-level fashion.

Anyway, the book gives as many questions as answers, but is engaging reading, and finishes on a cliffhanger—if anything I felt the cliffhanger was a little abrupt, as plot-wise, it didn’t feel like a natural stopping point (other than, say, a chapter transition). Then again, if the third book were out already I’d just go straight on to reading it, so this is surely a self-resolving problem in the near future!
Read more
One person found this helpful
Report abuse

H.Taylor
5.0 out of 5 stars Just as good as the first
Reviewed in the United Kingdom on 4 October 2020
Verified Purchase
Moraturi Lost: Paradisi Chronicles (Lost Mission Series Book 2) by Marti Ward, is the second instalment in this well written series.

If you’ve not read this series before and are concerned you wouldn’t be able to pick up this instalment, my answer to you is although the first was a great start to the series, you need not worry and could easily read this from book 2. Although this is the second book in a series and is based light years from now, I feel it could also be looked upon as a standalone, due to the fact the lead character in this book is different from the previous instalment.

In this book the reader meets Eva, a 20 year old veterinarian Nurse and Trainee Medical Officer. As Junior Officer on SS Moraturi, she has the responsibility of transporting domestic and farm animals to the New Eden. What seems to be a simple task like all stories nothing ever goes to plan and a gamma burst in a wormhole causes complete chaos.

This was a well written sci-fi that kept the reader in suspense from the beginning to the end. Although aimed at young adults any sci-fi fans will love this! Another great read.
Read more
Report abuse

Sachi
4.0 out of 5 stars A real good page-turner!
Reviewed in the United Kingdom on 6 February 2021
Verified Purchase
I've really been enjoying this series so far, and have picked up the 3rd installment as well. This book can be seen as a standalone, as even though it's set in the same universe, its lead is different, and therefore the story is too. The blend of science and fiction is seamless, and you can tell that Moraturi Lost is written by someone with a fervent passion for science and he manages to bring this together in such a mesmerizing manner. Science fiction isn't the kind of genre I'd usually go for, and I find that these books have made me more inclined to reach out for it now. I feel so captivated by the world that's been created, and at times, I feel scared! The pacing is really integral to the story, and it's made it such a page-turner!
Read more
Report abuse

Grady Harp
5.0 out of 5 stars An immersive adventure continues!
Reviewed in the United States on 5 September 2020
Verified Purchase
UK author Marti Ward is a university professor, scientist, entrepreneur and writer. He has published works about Robotics, Computational Linguistics, Artificial Intelligence, and Cognitive Science – all of which he incorporates into his novels in his series THE PARADISI CHRONICLES: LOST MISSION. CASINDRA LOST was Book 1 of that series, MORITURI LOST as Book 2, with MORATURI RING, Book 3 to be released next year.

Once again, Marti opens his second novel of this series with an explanation: ‘By the early decades of the twenty-first century, the problems of over-population, antibiotic resistant epidemics, civil war, cyberterrorism, nuclear proliferation, and climate change have set Earth on a path of escalating disasters. In the year 2025 AD, ten men and women come together to address these problems. These powerful leaders each have enormous personal wealth that they made in a variety of commercial enterprises around the globe. What they have in common besides heir great wealth is a deep pessimism about the future of Earth and an enormous optimism about space exploration as the only viable solution for the continuation of human kind. To that end, these men and women, who call themselves Founders, begin the Paradisi Project.’

With that introduction MORITURI LOST Marti outlines the continuation of this impressive series: ‘20-year-old Veterinary Nurse/Trainee Medical Officer Eva Hughes is junior officer on SS Moraturi, transporting 500 colonists to New Eden. Eva's responsibility is the domestic and farm animals they are bringing, but she is working towards qualifying as both a veterinary and a medical doctor. When you're 2.5 million light-years from any other help, you can't afford people who only have single skill... After a gamma burst in the wormhole, Eva finds herself looking after colonists whose cryobeds failed, and who now show memory loss for specific things. When another wave of radiation hits, the ship slips out of the wormhole, somewhere, sometime... and Eva finds herself in charge of an impossible mission. The quick trip through the wormhole has turned into an epic journey of biblical proportions. The saga begins...’

In addition to the complex and fascinating story, Marti’s prose grows more sophisticated with each novel. His ability to create credible characters in a fantasy sci-fi realm is a gift he continues to polish. As he has stated before, he is turning science fact into science fiction, and the transition is successful! Book 3 – MORITURI RING – will speed us into the 21st century. This series is addicting and wholly successful! Grady Harp, September 20
Read more
3 people found this helpful
Report abuse

This is the 2nd book in this author’s Lost Mission Series based upon a relatively large series of sci-fi stories about the Paradisi Project whose basics she describes again in detail so it is possible for this volume to ‘standalone’ without having read Casindra Lost, its predecessor. After Solar Horizons, the public face of the ten Founders has decided to ignore further messages from Casindra, they decide to send a second ship to establish the first colony on New Eden. The autocratic leader Henry Thorndike and his specialties ‘authorities’, Dr. Abramov, an AI specialist in charge of Solar System Security (CIA type), Dr. Aditya Ganesh, Intelligence systems, and Medical Authority Dr. Sabina Gunther call in Captain Michael Evans and give him command of the Spaceship Moraturi. They explain that the Casindra is being abandoned because, although Commander Sideris' journey through the newly technologically developed wormhole had been successful, he had sustained severe injuries in subsequent encounters with severe storms in the new galaxy leaving a top level 3 AI in command. Messages sent by this AI made them believe that he had turned rogue because at this time the Founders group back home are facing unexpected difficulties with a strike by different levels of AI’s to which legally they must respond because of a legal snag. Thus, their action is to disregard further messages and dispatch another ship on the same journey.

This ship, the Moraturi and its journey, follows as the second book in this series. Captain Michael Evans as the commander of this new trip which advances to attempt actual colonization with 500 passengers, largely in various cryogenic states and, assumedly because of the problems in dealing with the disgruntled AIs, they provide him with a human crew, backed by mostly low level AIs. This journey also suffers severe consequences with damage to the ship besides injury and deaths to the entire crew, including Captain Evans. AND, these events occur before even reaching the galaxy. They are thrown out of the wormhole at a time now placing them more than thirty years from New Eden. There is no alternative other than for the passengers to step up, crew the ship, and attempt to figure out how they will run the ship and be able to extend the food, power and other supplies of necessities to allow them and their 500 passengers who must be brought out of their ‘sleep’ status in the very near future, to survive and safely arrive at their destination when the ship’s supplies had been arranged for less than a three year trip.

Discussion: This second volume perhaps is even more interesting than the first because of the interplay among the larger number of characters provided. It is aided also by the young ages of the principles and their abilities to grow rapidly with the situation. With inclusion of the quite lengthy description of the entire preceding events, this book, as stated earlier, can stand alone for new readers. However, actual reading of the first in the series before this one is enjoyable in itself and recommended,
Read more
2 people found this helpful
Report abuse
See all reviews
Back to top
Get to Know Us
Make Money with Us
Let Us Help You
And don't forget:
© 1996-2021, Amazon.com, Inc. or its affiliates