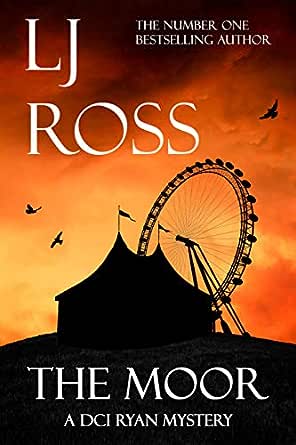 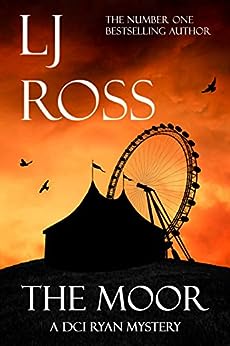 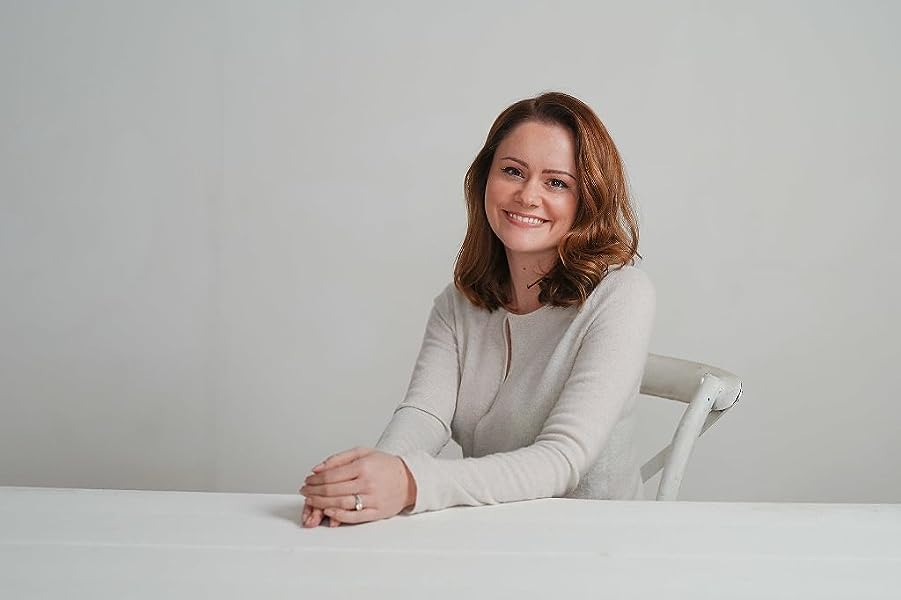 FROM THE #1 INTERNATIONAL BESTSELLING AUTHOR OF HOLY ISLAND and LONGSTONE

The circus is in town…

When a ten-year-old girl turns up on DCI Ryan’s doorstep to tell him she’s witnessed a murder, he has no idea he’s about to step into his most spellbinding case yet. The circus has rolled into Newcastle upon Tyne, bringing with it a troupe of daring acrobats, magicians, jugglers—and one of them is a killer.

Ryan and his team must break through their closed ranks to uncover a secret which has lain buried for eight years, before the killer strikes again – this time, to silence the only living witness…

Murder and mystery are peppered with romance and humour in this fast-paced crime whodunnit set amidst the spectacular Northumbrian landscape.

“LJ Ross is the Queen of Kindle” – Sunday Telegraph

Amazon Customer
TOP 500 REVIEWER
5.0 out of 5 stars Just love this series
26 May 2019
Format: Kindle EditionVerified Purchase
Another of my favourite authors and lively, realistic characters. Perhaps some are just a little too good at what they do to be real, but it’s a book after all, and the story travels along nicely.
I don’t mind the almost cliff hanger ending, but I sincerely hope that after all that poor Jack has been through, LJ hasn’t decided to do away with him permanently.
Looking forward to number 13.

Toots Sullivan
TOP 100 REVIEWER
5.0 out of 5 stars Wow, packed with punches!
1 May 2019
Format: Kindle EditionVerified Purchase
This book is great. It has amazing plots, all threatening and murderous, and an explosive opening that just keeps going. To lighten the story there is a very endearing child, romance and and ending that left me definitely wanting more. I highly recommend this book, it’s characters are warts and all, which makes the book even better for it.
Read more
One person found this helpful
Helpful
Comment Report abuse

carrot68
5.0 out of 5 stars Memories
10 May 2019
Format: Kindle EditionVerified Purchase
I grew up near Hounslow Heath in the UK,where a circus would set up every year. I thoroughly enjoyed the book. I need to go back and read some of the earlier titles, as I've come to like the characters. Looks like I won't run short of reading material
Read more
One person found this helpful
Helpful
Comment Report abuse

Tiffin
TOP 500 REVIEWER
5.0 out of 5 stars Circus tricks
21 May 2019
Format: Kindle EditionVerified Purchase
A really good read. The author continues to grow and improve with every book. The story was fast paced and original but did you really have to leave us hanging at the end? Looking forward to the next book.
Read more
One person found this helpful
Helpful
Comment Report abuse

Davo Tea the Oz.
TOP 1000 REVIEWER
4.0 out of 5 stars Whatever DCI ryan is paid it should be doubled!
5 June 2019
Format: Kindle EditionVerified Purchase
L J Ross does it again. Another fascinating read with yet again and turns until the final conclusion of the complex investigation. Love the characters created and the ongoing relationships.
Read more
One person found this helpful
Helpful
Comment Report abuse

MISS M SAXTON
5.0 out of 5 stars Better than the last two books!!
19 May 2019
Format: Kindle EditionVerified Purchase
A huge improvement on the last two books. I was beginning to think it was time to say goodbye to DCI Ryan and co, but I'm glad I gave the author another go. This is a really good whodunnit? with the usual cast of lovable characters. Fast paced. I'm two-thirds of the way through so can't give the game away. And I haven't guessed the end yet, which is great. I can see this on the small screen. More of this, please!I
Read more
One person found this helpful
Helpful
Comment Report abuse

Ena V
5.0 out of 5 stars Again,a five star read.
29 May 2019
Format: Kindle EditionVerified Purchase
The only fault I can find with LJ Ross? I wish she could write once a week.😂 Her ‘DCI Ryan books’ are a firm favourite in this household. Her locations are stunning,her characters so very real,and with The Moor she has not diappointed.
Read more
One person found this helpful
Helpful
Comment Report abuse

Davina MacLeod
5.0 out of 5 stars Another truly enjoyable read.
31 May 2019
Format: Kindle EditionVerified Purchase
Ross does not disappoint yet again as she lets us further inside tge heads of her characters, always something new to find out about them while still telling a great story.
Read more
One person found this helpful
Helpful
Comment Report abuse
There are 36 customer reviews and 41 customer ratings.
See all 36 customer reviews
Write a customer review

Go to Amazon.com to see all 123 reviews 4.6 out of 5 stars
Get FREE delivery with Amazon Prime
Prime members enjoy FREE Delivery and exclusive access to movies, TV shows, music, Kindle e-books, Twitch Prime, and more.
> Get Started
Back to top
Get to Know Us
Make Money with Us
Let Us Help You
And don't forget:
© 1996-2020, Amazon.com, Inc. or its affiliates