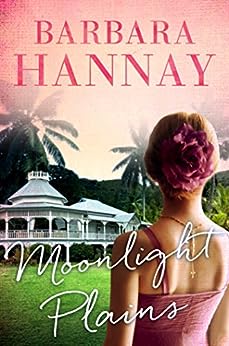 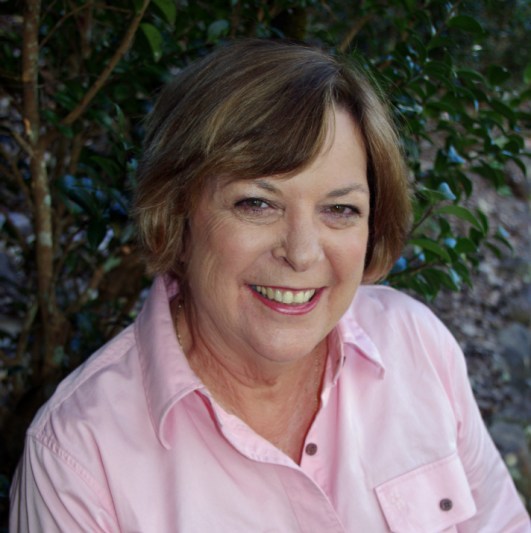 A breathtaking novel about finding love against all the odds that will keep you captivated from beginning to end. --This text refers to the paperback edition.

A former English teacher, Barbara Hannay is a city-bred girl with a yen for country life. Many of her forty-plus books are set in rural and outback Australia and have been enjoyed by readers around the world. She has won the RITA, awarded by Romance Writers of America, and has twice won the Romantic Book of the Year award in Australia. In her own version of life imitating art, Barbara and her husband currently live on a misty hillside in beautiful Far North Queensland where they keep heritage pigs and chickens and an untidy but productive garden. --This text refers to an out of print or unavailable edition of this title.

Kylie Lakeman
5.0 out of 5 stars Great Read
Reviewed in Australia on 28 June 2015
Verified Purchase
I couldn't put this book down. Since reading this book I have read the rest of the series. Very enjoyable.
Read more
Helpful
Report abuse

Martin Kerr
5.0 out of 5 stars Romance genre with a difference
Reviewed in Australia on 7 January 2015
January 7, 2015
Martin Kerr

Romance genre with a difference

An outback romance novel written to a formula? Maybe. Characters fit their assigned roles – tall handsome heroes, beautiful delicate heroines. They carry baggage from their pasts and face moral dilemmas. How this is done is revealed in the author’s plot, research and writing.
I have met Barbara Hannay and read one of her Mills & Boon books. The Mills & Boon fitted a formula, which has carried over into Moonlight Plains, but because this is a full length novel required to meet the publisher’s contract, the book labours on unnecessarily so.
The young ‘grieving’ widow, photo journalist Sally Piper and Luke Fairburn, builder and cattleman, hit it off in a one night stand that threatens to disrupt their rather staid positions, placing them in a situation where society and families and their known and unknown histories influence their judgements.
Moonlight Plains is a homestead and small cattle property near Charters Towers, falling into ruin and being renovated by Luke. The finding of a silver dollar under the house reminds the reader of the situation in 1942 when two US airmen crash-land their fighter planes, one of them eventually to die at the homestead, rescued by Boston blue blood Captain Ed Langley and Kitty Mathieson, who was alone on the property at the time. Kitty is still alive in 2013. And so we have parallel affairs, each with its heart rending regrets, missed opportunities and possible hopeful solutions. A double Mills & Boon, and more. The author has to work to make the length.
But this is unfair. Wartime in Townsville and Magnetic Island are real, and so are contemporary geographic locations. Hannay has done her research, and made a movie-rich work of art.
Despite the twee: ‘ grainy shadow of his jaw’, ‘ broad shoulders and muscular biceps’ (p114); ‘too much sizzle in the air. Too many memories of that night in his swag.’ (p115), the book is not to be put down. Solutions to the moral and historical problems will be found and secrets partially or wholly revealed.
When renovated Moonlight Plains is opened up to a family reunion, including a visit from Ed’s daughter Laura, the scene is set for some difficult family matters to be discussed and resolved. This is mainly Luke’s problem, while Sally beavers on with her camera in hand, also assisting with the catering. There is a hiatus when grandmother Kitty and her eldest son meet the American. Resolution is not clear cut. Luke goes off to the bush on a building contract and Sally pines for a man who she foolishly felt she had to give up. Will there be a reunion and happy ever after? Sales depend on a romantic resolution.
If the author, in an independent break on her own, was to write her next novel free of formulaic genre restraints, how good would that be? Her writing is lucid and to the point. Her feeling for characters challenged, her plot necessitating careful planning. Relying on letters that were never delivered is possibly too much to ask of a reader of classics or so-called literary novels. I have a feeling that if Barbara Hannay let loose, something greater than slightly flawed and redeemable perfect couples, moonlit plains, wavering coconuts and coral strewn beaches would result.
Ed Langley: “’I’ve found that the most unlikely people have the qualities I most admire,’ he said quietly. ‘Not cleverness or wealth or authority, but things like tolerance, kindness, courage…’” (p167). The author is real.
If Barbara Hannay develops a major Aboriginal character or characters in her next book on settler societies (for that’s what Australian rural romances depend on), she will stretch the tolerance and imagination of some readers. And that’s what could make her a great writer.
Five stars as a romance novel and entertaining story, three stars for its literary merit.

Catherine Evans
5.0 out of 5 stars love can last
Reviewed in Australia on 22 September 2014
Another gorgeous Barbara Hannay story. I loved the scale and complexity of Moonlight Plains - not only a present day romance, but the unravelling of a WWII romance as well, a romance that survived decades and different lives. There was a poignancy in the older romance that resonated with me - that you could share a deep and abiding love, while forging different lives was unexpectedly powerful.
Read more
2 people found this helpful
Helpful
Report abuse
See all reviews

MF
5.0 out of 5 stars Love dual timeline stories!
Reviewed in the United States on 12 January 2015
Verified Purchase
Barbara Hannay always delights with her wonderfully poignant storytelling and ‘Moonlight Plains’ continues the tradition. I love, love, love dual timeline novels and this one cleverly interweaves two love stories, set seventy years apart, in and around the beautiful outback Queensland homestead of the title.

Barbara Hannay always delights with her wonderfully poignant storytelling and ‘Moonlight Plains’ continues the tradition. I love, love, love dual timeline novels and this one cleverly interweaves two love stories, set seventy years apart, in and around the beautiful outback Queensland homestead of the title. One story is that of Kitty Martin, an Aussie girl who falls for Ed Langley, an American airman stationed in Townsville in 1942 (think 1940s movie-star good looks and charm); the second is that of Sally Piper, a young widow who falls in love with Kitty’s grandson, Luke Fairburn. (Who wouldn't? He’s gorgeous!) Throw in hidden letters and family secrets, and it's a book to lose yourself in.

'Moonlight Plains' is uplifting and it tugs at the heartstrings, it’s traumatic and it's bittersweet…it’s romance at its best. But then, isn't that what we've come to expect from Barbara?
Read more
Report abuse

Mrs. Helen Sibbritt
5.0 out of 5 stars A Great Story
Reviewed in the United States on 17 March 2015
Verified Purchase
I really enjoyed this story set in Townsville Queensland Australia during world war 2 1942 and present day 2013 this story will pull you in as we discover the love between young Australian girl Kitty and her American pilot Ed who has crashed his plane on the cattle station Moonlight Plains and the journey their lives take them to the big restoration of the homestead on moonlight Plains in 2013 by Kitty's grandson Luke and his journey to a HEA with journalist Sally. This is a beautiful story with secrets and letters from the past and wonderful romances I highly recommend this one.
Read more
Report abuse

Avid Reader
5.0 out of 5 stars Loved this book and would well recommend it
Reviewed in the United States on 21 September 2014
Verified Purchase
The moment I read a Barbara Hannay book I know I'm in the hands of a master writer. The heroine Sally is getting over the death of her husband when she meets Luke. Their friends with benefits relationship becomes so much more as the story progresses. The sub story of Kitty is fascinating along with an unexpected twist. Loved this book and would well recommend it.
Read more
Report abuse

J Brown
5.0 out of 5 stars A story of love, romance and intrigue
Reviewed in the United States on 5 April 2015
Verified Purchase
A story of love, romance and intrigue. Flashback sequences kept me guessing about how they would impact on the story. Characters were believable and I was disappointed when the book ended. Well written and bounced along at the right pace.
Read more
Report abuse