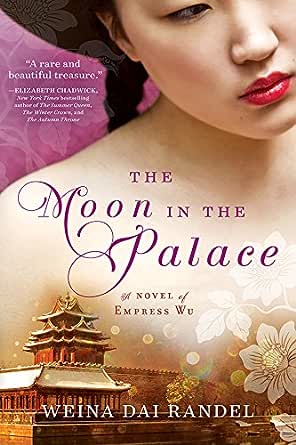 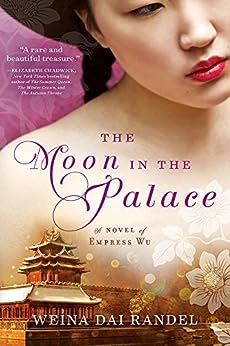 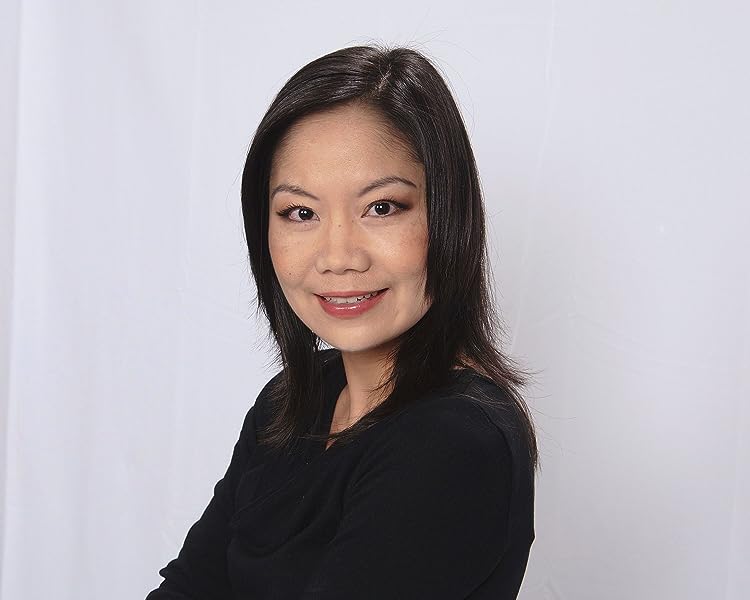 Weina Dai Randel was born and raised in China. Her passion for history compels her to share classical Chinese literature, tales of Chinese dynasties, and stories of Chinese historical figures with American readers. She is an adjunct professor and is also a member of the Historical Novel Society. --This text refers to an alternate kindle_edition edition.

eloquent first novel...a must for historical fiction fans, especially those fascinated by China's glorious past.

A very successful and transporting novel that beautifully captures the sounds, smells and social mores of 7th-century China.

Randel's novel is an impressive tale of lethal court intrigue that is seductive and alluring. It is a story of one woman's rise to power, but also of the relationships between the women of the palace. Readers will be transported by the colorful, fairy-tale-like story.

"Like fragile yet strong silk threads, Randel's beautifully composed debut ensnares readers in the dynamic story of the young girl who would become Empress of the Bright Moon. Randel's novel is an impressive tale of lethal court intrigue that is seductive and alluring. It is a story of one woman's rise to power, but also of the relationships between the women of the palace. Readers will be transported by the colorful, fairy-tale-like story." - RT Book Reviews, 4.5 Stars, TOP PICK!

"I absolutely loved Weina Dai Randel's The "Moon in the Palace," which is a truly immersive experience and a rare and beautiful treasure. All I want now is to read the next novel!" - Elizabeth Chadwick, New York Times bestselling author of The Summer Queen, The Winter Crown, and The Autumn Throne

"The "Moon in the Palace" offers a satisfying, richly-imagined account of how Mei, a young girl forced to become a royal concubine, manages not only to survive treachery but win her way into an emperor's favor. Mei is a triumph of intelligence and passion, cunning and courage. Randel has provided a strong cast of supporting characters, successfully resisting stereotypes of eunuchs and concubines; in the end we realize they are all victims of the crucible that is the Imperial court." - Janie Chang, author of Three Souls

"An astonishing debut! Weina Dei Randal spins a silken web of lethal intrigue, transporting us into the fascinating, seductive world of ancient China, where one rebellious, astute girl embarks on a dangerous quest for power." - C.W. Gortner, bestselling author of The Queen's Vow

"The "Moon in the Palace" is a colorful and vibrant journey into the grandeur of the Tang Dynasty. Weina Randel weaves a captivating tale about the intrigues of the inner court through the eyes of the woman who would become the most infamous Empress in Chinese history, finding a human story of love and hope amidst bloodshed and treachery. I couldn't stop reading this exciting debut novel." - Jeannie Lin, USA Today bestselling author of The Lotus Palace

"With elegant, modern prose and vivid details, Randel's gorgeous debut novel seductively pulls back the curtain to reveal the heartbreaking world of harem politics in Tang Dynasty China. Exploring the early years of the legendary Empress Wu when she was still a concubine struggling to survive the whims of the man who ruled her, the book's brave and clever heroine finds herself at the center of intrigue and civil war. This is a page turner that will transport you in time and place. Bravo!" - Stephanie Dray, author of Lily of the Nile --This text refers to the paperback edition.

4.4 out of 5 stars
4.4 out of 5
249 global ratings
How are ratings calculated?
To calculate the overall star rating and percentage breakdown by star, we don’t use a simple average. Instead, our system considers things like how recent a review is and if the reviewer bought the item on Amazon. It also analyses reviews to verify trustworthiness.

Wendy
3.0 out of 5 stars Interesting look into Chinese history
Reviewed in Australia on 9 June 2019
Verified Purchase
Read this book in three sittings. Easy style of writing and found storyline interesting if not in depth. Characters were a little shallow
Read more
Helpful
Report abuse

History and Women
TOP 1000 REVIEWER
5.0 out of 5 stars The Early life of Empress Wu
Reviewed in Australia on 26 April 2016
It is important that I review these two books together as the full story of Empress Wu cannot be told without them being read one after the other.

There is no other way to describe these two books, but to say they are sensational. Truly, I cannot stop raving about them.

In Book 1, The Moon in the Palace, we are introduced to a young, intelligent young woman named Mei from humble beginnings who is swept into the emperor's court as a concubine. There she must weave her way through a a maze of treachery by other concubines who are equally struggling to claw their way to the top.

There is danger, betrayal, enduring love, and plenty of intrigue and unusual circumstances around every corner, on every page. Book 1 hooked me with a powerful grip at the start and kept me engrossed until the fabulous ending. The best part is that I was thrilled that the story continued in Book 2, The Empress of Bright Moon. Beautifully described surroundings, fashions, and every day items add to the enchantment, bringing to vibrant life the Chinese court of the Tang Dynasty.

These two books have become some of my very favourite books, along with the author. I will be eagerly awaiting future releases. These are definitely 5 star reads!

Thank you to the author and publisher. I received a free copy of this book in exchange for an honest review. Thank you for visiting my blog, [...], where the greatest historical fiction is reviewed! For fascinating women of history bios and women's fiction please visit [...].
Read more
One person found this helpful
Helpful
Report abuse
See all reviews

Amazon Customer
5.0 out of 5 stars An insight into ancient China and its complex hierarchy.
Reviewed in the United Kingdom on 12 March 2019
Verified Purchase
A well written, exciting tale of ancient China. It’s complex hierarchy and way of life within the royal court. It fills your mind with pictures of how it must have been.
Read more
Report abuse

Wildseawitch
5.0 out of 5 stars First Book
Reviewed in the United Kingdom on 15 May 2019
Verified Purchase
I am halfway through reading this little treasure, the history and detail are so clear and take you back to this magnificent empire.
Read more
Report abuse

irish
4.0 out of 5 stars Happy bunny
Reviewed in the United Kingdom on 3 October 2019
Verified Purchase
Did what it said on the tin. Happy bunny
Read more
Report abuse

Mr G P Robinson
5.0 out of 5 stars JUST WHAT I WANTED
Reviewed in the United Kingdom on 17 October 2018
Verified Purchase
Bought as gift for daugther. Very pleased with ti
Read more
Report abuse

Jeannie
4.0 out of 5 stars A GIFT
Reviewed in the United Kingdom on 1 July 2018
Verified Purchase
Bought as a gift. Person it was bought for liked it.
Read more
Report abuse
See all reviews
Get FREE delivery with Amazon Prime
Prime members enjoy FREE Delivery and exclusive access to movies, TV shows, music, Kindle e-books, Twitch Prime, and more.
> Get Started
Back to top
Get to Know Us
Make Money with Us
Let Us Help You
And don't forget:
© 1996-2020, Amazon.com, Inc. or its affiliates