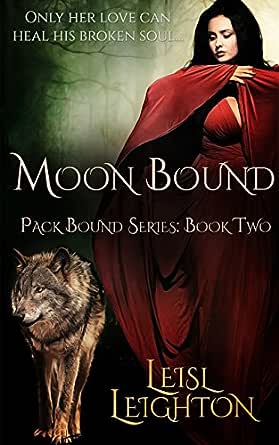 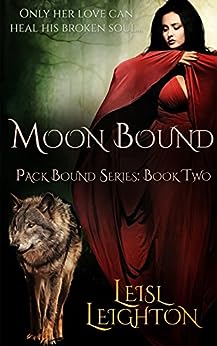 Leisl is a tall red head with an overly large imagination. As a child, she identified strongly with Anne of Green Gables. Given that she is a voracious reader and born performer, it came as no surprise to anyone when she did a double major in English Literature and Drama for her BA, then went on to a career as an actor, singer and dancer, as well as scriptwriter, stage manager and musical director for cabaret and theatre restaurants (one of which she co-owned and ran for six years). After starting a family Leisl stopped performing and instead began writing the stories that had been plaguing her dreams. Leisl's stories have won and placed in many competitions in Australia and the US, including the STALI, Golden Opportunities, Heart of the West, Linda Howard Award of Excellence, Touch of Magic and many others. Leisl lives in the leafy suburbs of Melbourne with her two beautiful boys, lovely hubby, overly spunky dogs, Buffy and Skye, and likes to spend time with family and friends. She is addicted to the Syfy channel, and her shelves are full of fantasy and paranormal books and scifi DVDs. She sometimes sings in a choir, has worked as a swim teacher, loves to ski, can talk the hind leg off a donkey and has been president of Romance Writers of Australia from 2014 to 2017. --This text refers to an out of print or unavailable edition of this title.

Danni L
5.0 out of 5 stars it takes more than a battle of stubbornness and determination to keep these two apart – a battle that both good and evil are determined to win
Reviewed in Australia on 21 June 2018
Verified Purchase
When healer Bron agreed to help her friend and powerful witch, Skye Collins, stop an evil being obsessed with stealing their magic, she never expected a powerful boost to her own magic in return. If she can just gain control of it, Bron knows she can help heal Skye’s twin brother, River. And the attraction she has for him is so not the reason she wants to help, right?

River’s soul fractured the night he and his twin were almost kidnapped when they were children. Those monsters did something to him that night, changed him, and opened him up to true evil. He spent his formative years in a drugged state of repression, but now the evil within is growing stronger, longing to be free. It’s so hungry for destruction, so thirsty for blood, River’s afraid it will gain control and destroy everything and everyone he loves, especially the one woman who’s sworn to make him whole again – Bron.

With River so desperate to keep his distance, and Bron determined to get close enough to help, it takes more than a battle of stubbornness and determination to keep these two apart – a battle that both good and evil are determined to win.

Bron and River’s story tugs at more than just your heart, it pulls at your soul. These two have so much to learn about love and relationships, to trust again, and be open to the truth that sometimes you want to shake them and say, ‘get on with it already.’ But such things take time, and Ms Leighton allows her characters to stumble and fall before they find their way to the truth. Book Three is on my list. :)

Tim Arnold
5.0 out of 5 stars Soul mates story
Reviewed in Australia on 12 June 2020
Verified Purchase
Interesting world building. River has darkness and a beast inside of him. Bron is a healer and his mate.
I liked how we got to see Skye and Jason who were in the first book.
Read more
Helpful
Comment Report abuse

Evampire
TOP 500 REVIEWER
4.0 out of 5 stars Moon Bound
Reviewed in Australia on 21 March 2018
I have to say that the Pack Bound series is off to a great start, the first book Pack Bound was an exciting read and now Moon Bound is one thrilling read that had me glued to the pages.
Bronwyn and River are strong, compelling characters that readers can’t help but fall for and cheer them on toward their happily ever after, their romance is full of emotional turbulence and the story invokes a gamete of feelings in readers throughout. The romance is sweet and the chemistry between Bronwyn and River has sparks flying but due to several issues has them both turning away which certainly keeps readers filled with suspense.

The plot is fast paced and full of thrills, intrigue and danger with the pack’s enemies coming back to try and destroy them once again adding suspense and excitement to story while also keeping reading readers on the edge of their seat with anticipation of just what those enemies will do next and what the Pack will do in retaliation. Oh and the antagonist is one that still sends shivers down my spine and has me continually trying to guess just what she is going to come up with next.

The Pack Bound world is definitely fascinating and full of intrigue which ensures that I am going to keep coming back for more, but while I find some things unexpected, there are a couple of predictable elements but not enough to keep me from enjoying the story and I can’t wait to visit with Pack McVale again in Shifter Bound which will be released in April.
Read more
Helpful
Comment Report abuse
See all reviews

Casie L
4.0 out of 5 stars The series is getting better! This is River and Bron's story!!
Reviewed in the United States on 4 May 2018
Verified Purchase
My Thoughts - 4 out of 5 Unicorns - I really liked it!!!
***I choose what I read and review based on what intrigues me!! Yes, I got a review copy of this book, but no one tells me what to think, feel, or write about any book! I did buy this book.

This is the 2nd book in the series, and it is for adults only due to the violence and steamy content. I think you really should read the books in order to understand the ins and outs of this world and the history.

This is River’s and Bron’s story! I’m glad he prevailed against the Darkness. I am really found of both River and Bron, and they both fit together. I love how artistic he is with his gardens and making them stars for whoever he makes them for. Bron always gives her all to those in her care. She doubts herself, and this causes some trouble until she gets some help. I really enjoyed this story, and can’t wait to read the next story to see what happens next!

I recommend this unique Were-world to any paranormal fan who love shifters and magic mixed with mate love! I wonder who’s story is next!!
Read more
Report abuse

Patty Byrne
5.0 out of 5 stars I highly recommend this series
Reviewed in the United States on 2 September 2018
Verified Purchase
I loved this book,
Read more
Report abuse
See all reviews
Get FREE delivery with Amazon Prime
Prime members enjoy FREE Delivery and exclusive access to movies, TV shows, music, Kindle e-books, Twitch Prime, and more.
> Get Started
Back to top
Get to Know Us
Make Money with Us
Let Us Help You
And don't forget:
© 1996-2020, Amazon.com, Inc. or its affiliates