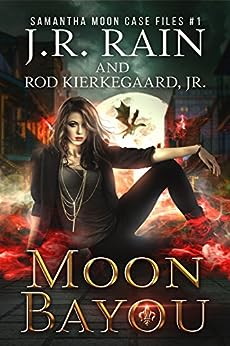 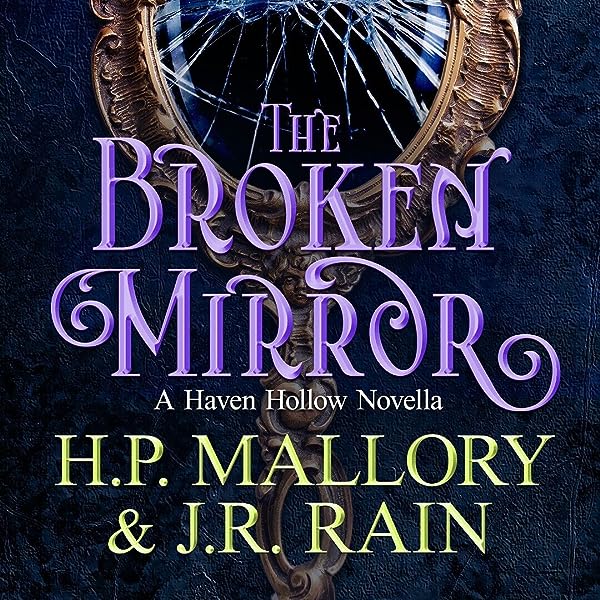 Samantha Moon loses everything―her kids, her beloved, the very unlife she knows―when a powerful curse catapults her backwards in time, to Louisiana during the days of Marie Laveau.

Though she pines for the familiar world of the present, Samantha must move fast; after all, the superhuman vampiric abilities she relied on in prior cases have been compromised by the curse, leaving her vulnerable to a new kind of lurking evil...

Now, her talents as a private investigator will be ever more critical. Can Samantha Moon unlock the key to the past and return to her present, or will she forever remain ancient history?


★★★★★"It is off to New Orleans with Samantha Moon in this breakout hit! This first in a trilogy is a collaboration between our beloved J.R. Rain and Rod Kierkegaard Jr. Rod was unknown to me until Moon Bayou but buddy after this I will read anything you write just like I do with J.R. Rain! This was the kind of story that made readers fall in love with Sam to begin with... it was a real page turner, full of the mystical and typical Moon attitude! Yes, Judge Judy is mentioned but so is another person you thought you would never hear about again!!! Better read it to find out who it is, I never expected it. Having a Cajun husband I was especially struck by the perfectly described Louisiana, from the humidity to the dialect and everything in-between. I felt like I was back in New Orleans on a hot summers day. Most of all though is the action and intrigue that make this a must read. Vampires, werewolves, and voodoo oh my! Another reviewer stated that "the author left me hanging" and that is true, but even though I am chomping at the bit to know what happens next, I feel that that is a sign of a great writer... they leave you wanting more. J.R. Rain is just that, a great writer and now I know that Rod Kierkegaard Jr. is, too. Moon Bayou is a GREAT book! You will NOT be able to put it down. I cannot wait to read the rest of the trilogy... so get busy writing gentlemen!!" ―Amazon reviewer

★★★★★"I cannot wait to read all the rest of this series!! As if poor Sam has not been through enough, how bout we throw her back in time! Amazing new characters!! And you do not even need to read the other Samantha Moon books to read this one, although I do not see why you would not want to!!" ―Amazon reviewer

★★★★★"J.R. Rain is a superb author. I love the Samantha Moon books, and was excited to see a new series centered around her! This book was great from start to finish!" ―Amazon reviewer

★★★★★"Samantha Moon leaves her Orange County home in California for New Orleans. Seems it should be easy... she will go into New Orleans and search for her clients missing daughter and find her or find out what has happened to her. What she hadn’t expected was a group of vampires with a 150-year-old contract on her life. This is J.R. Rain and his character Samantha Moon at their best. This story is taking Samantha on an adventure of a lifetime and, considering she’s a vamp with a long lifeline, it gets really deep. When Samantha comes upon a voodoo ceremony and attempts to rescue her client’s friend, she's hurled backwards in time. When she wakes up, she begins to see the world a whole different way from a whole different time period. A well-written story line that shows that voodoo magic might just be a match for Sam’s remarkable talents. Join this fast ride full of adventure and get your copy now. This is one of the most spellbinding stories yet in the Samantha Moon series!" ―Amazon reviewer

★★★★★"My favorite book by J.R. Rain yet! Fast read! caught my interest right away and kept it until the end... cannot wait to read book two!" ―Amazon reviewer
Read more
Previous page
Next page

4.1 out of 5 stars
4.1 out of 5
289 global ratings
How are ratings calculated?
To calculate the overall star rating and percentage breakdown by star, we don’t use a simple average. Instead, our system considers things like how recent a review is and if the reviewer bought the item on Amazon. It also analyses reviews to verify trustworthiness.

Lesley Forbes
4.0 out of 5 stars Four Stars
Reviewed in Australia on 18 April 2016
Verified Purchase
A very enjoyable read and I look forward to the next book.
Read more
Helpful
Report abuse

Margot-Hi-5
5.0 out of 5 stars Samantha Moon kicks butt in New Orleans!
Reviewed in the United Kingdom on 30 April 2016
Verified Purchase
I am a big fan of Samantha Moon & Iove to read supernatural books with a New Orleans setting, as they invariably have voo-doo in them. This doesn't disappoint, and if there is a point at which you feel confused, keep reading as the wrinkles of comprehension are ironed out very quickly. I finished this book today and already I am itching to download the next book in the sequence! Brilliant plotting and character development.
Read more
Report abuse

Lorna
5.0 out of 5 stars Fabulous
Reviewed in the United Kingdom on 17 May 2018
Verified Purchase
So glad that Sam is back! It felt like putting on a comfortable pair of slippers. I enjoy her take on life and the book did not disappoint. The story is well thought out and had plenty of excitement and twists. Can't wait for next one.
Read more
Report abuse

Kindle Customer
3.0 out of 5 stars Mediocre
Reviewed in the United Kingdom on 25 March 2016
Verified Purchase
This book was light reading and probably a good read if you want something to relieve a long journey. However, I felt it was aimed at a teenage reader.
Rather naive and lacking in depth with a weak ending.

Hare
3.0 out of 5 stars Very short story
Reviewed in the United Kingdom on 2 February 2017
Verified Purchase
Bit short but I like the Samantha Moon series of books.
Read more
Report abuse
See all reviews
Back to top
Get to Know Us
Make Money with Us
Let Us Help You
And don't forget:
© 1996-2022, Amazon.com, Inc. or its affiliates