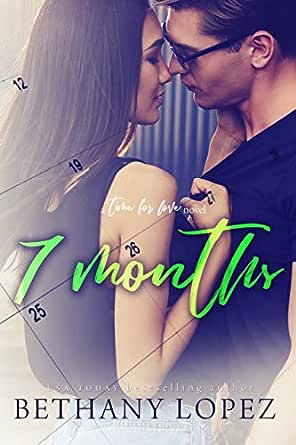 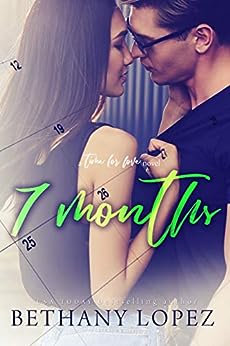 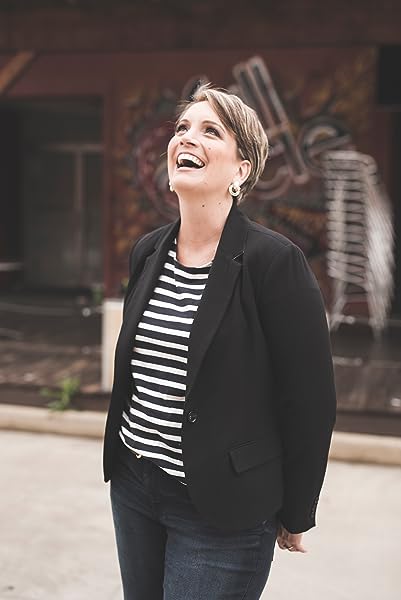 Lady P
5.0 out of 5 stars Fantastic read!
Reviewed in the United Kingdom on 1 October 2017
Verified Purchase
This author is fast becoming my favourite author. I could not put this book down. Very well written, well developed and likeable characters
Read more
Helpful
Sending feedback...
Thank you for your feedback.
Sorry, we failed to record your vote. Please try again
Report abuse

Kim Brewing
4.0 out of 5 stars You just need to open your heart
Reviewed in Canada on 1 July 2019
Verified Purchase
Ming and Brady have been having relations while not in a relationship for 7 months...but Ming wants more. When she puts forth an invitation and it is rejected she decides that she has to move on. Brady is very closed off, even more so than he realizes. When events for him to open his eyes and heart it changes his life. But the life of a cop is full of peril...

I loved that Ming was a strong woman and loved seeing her interact with her parents. I would have loved a scene with her Dad and Brady meeting. I'd also love to see a book with Doobie! Brady was a very refreshing male lead, he had no OW drama and was an all round nice guy. LOVED seeing him with his brothers.

Maria Rose
4.0 out of 5 stars Brady and Ming find their way to a happy ending!
Reviewed in the United States on 20 March 2016
Verified Purchase
I've been reading the Time for Love series by Bethany Lopez since almost the beginning, and I've really grown to love this group of friends who've found true love within their circle and with newcomers along the way. Each of the titles of the series refers to a time element that is meaningful in the relationship, and this one, 7 months, is the story of Brady and Ming. Seven months refers to the length of time that Brady and Ming have been having a secret affair. Brady's brother Brock is firmly entrenched in that group of aforementioned friends, and by association so is Brady, and when he met smart successful lawyer Ming through the group, the attraction between them was immediate but with conditions - Brady's been very clear that it's a friends with benefits deal only, no emotional entanglements, and Ming agreed. But she's 35, and starting to think about having a family, and clearly Brady isn't ready for that kind of step. Breaking things off with him seems to be the only solution. Yet Brady finds that he isn't so happy with the prospect of not seeing Ming anymore, and that maybe his feelings on the whole idea of a relationship aren't so cut and dried. Will he be able to own up to his true feelings for Ming before it's too late?

I wasn't sure how to feel about Brady at the start of the story, though it's made clear that the relationship he and Ming have is completely mutual. They both went into this thing with their eyes open and with clear expectations of how it would look. Only 7 months down the road, those expectations for Ming aren't so satisfying anymore. So even though Brady wasn't treating her any differently that he'd been all along, he still comes across as a bit of a jerk when he hurts her feelings by not thinking of inviting her to any of their friend's gatherings and continuing to keep their secret affair completely off the radar (especially where his 2 brothers are concerned). After all, he's only holding up his end of the bargain they agreed upon. But because we know that Ming has stronger feelings for him than she's told him, it's natural to take her side in the story. It's an eye opener to Ming that she's going to have to make up her mind one way or the other and she makes (in my opinion) the right choice in breaking off the affair with Brady sooner rather than later. She's smart enough to know that she can't keep going down this road indefinitely and even though it hurts, she does it thinking of her own future. And it's not a ploy to get Brady to react, either - it's something she needs to do to maintain her own self respect. Thankfully though, it does make Brady take a good hard look at his future and what it will look like without Ming, a woman he's grown to care a lot about even if he's never admitted it to himself. The result is some growing up on Brady's part. That comes in part also due to some conversations he has on the job. He's a rookie cop with a friendly partner, but until this whole situation with Ming blows up in his face, he doesn't realize that he's not only kept himself cut off from the woman in his life, he's also done it to his fellow police officers too. It's the start of a shift in attitude for the better. I appreciated seeing Ming stand up for herself, and watching Brady mature over the course of the story. The two of them together definitely have chemistry, as evidenced by the steamy love scenes between them, but when Brady opens up to Ming and really starts communicating, that's when their relationship really takes off. This was another great addition to the Time for Love series, and it's been a pleasure to see Brock's brothers get their happy endings too. Overall, I enjoyed this story (once I got over Brady's 'you're such a guy' moments) and it was a great addition to the series. 4 stars.
Read more
3 people found this helpful
Helpful
Sending feedback...
Thank you for your feedback.
Sorry, we failed to record your vote. Please try again
Report abuse

Danielle Pullen
4.0 out of 5 stars Ming and Brady
Reviewed in the United States on 8 October 2017
Verified Purchase
Loved the last book in the series! I have waiting for Brady's book! Brooding Brady has found his match in Ming but doesn't realize it until she ends it their non-relationship with him.

There is plenty of drama, laughs and hot scenes to keep your interest!
Read more
One person found this helpful
Helpful
Sending feedback...
Thank you for your feedback.
Sorry, we failed to record your vote. Please try again
Report abuse

Ruthe
4.0 out of 5 stars Sad this is last book....
Reviewed in the United States on 28 February 2017
Verified Purchase
Great book. I really thought Brady was going for Natalie! I'm glad for Ming though lol....really liked the ending.....good work!
Read more
One person found this helpful
Helpful
Sending feedback...
Thank you for your feedback.
Sorry, we failed to record your vote. Please try again
Report abuse
Load more international reviews

sle
4.0 out of 5 stars Very sweet series
Reviewed in the United States on 26 September 2016
Verified Purchase
I loved all 7 books in the series. They were all very sweet and a little suspenseful. My only complaint is the numerous grammatical errors. Someone should be proof reading these before they are released.
Read more
Helpful
Sending feedback...
Thank you for your feedback.
Sorry, we failed to record your vote. Please try again
Report abuse