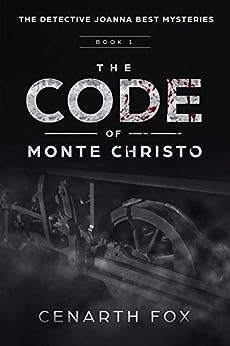 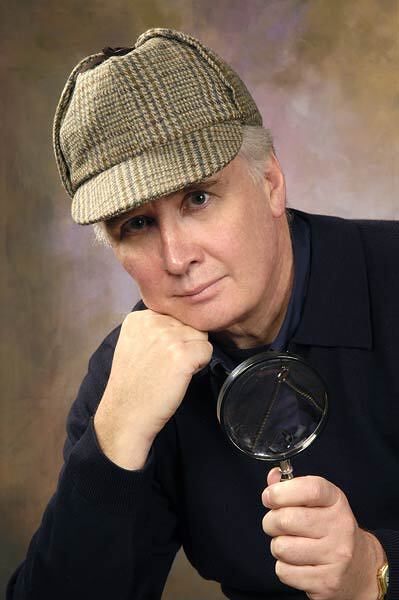 A rollicking good yarn. Puffing Billy will never be the same to me after this book. Trevor Blum

The Code of Monte Christo is brilliant and funny and full of intrigue.

This is one helluva read. Fox's very individual style is so suited to this genre, giving it a subtle comic underscore without detracting from the suspense. I confess my nervous system was sorely taxed with highs and lows, laughter and tears. It's a most interesting read.

The Best yarn has been read and thoroughly enjoyed. Tony Gilbee

More than 50 years ago I wrote a poem, well doggerel more like. I've still got that poem. Since then I've written a collection of poems as well as dozens of books, plays and musicals. I 'retired' from teaching in 1984 to write full time.

As a would-be actor I performed in plays and musicals and soon started writing for the stage.

I wrote many radio drama scripts broadcast by the ABC. I became interested in Sherlock Holmes and in particular Arthur Conan Doyle and as a result wrote five books about the Schoolboy Sherlock Holmes as well as two plays and a musical about the Baker Street sleuth. The books have been very successful and the stage shows have become radio plays available on CD.

My first novel for adults not surprisingly features an actress and involves the theatre. It's called A Plum Job and is a WW2 thriller set in Nazi-occupied Paris in 1940.

Without planning to do so, I've found myself writing about literary characters. Shakespeare the Musical is about the life of the Bard. Aunt Georgy is about Georgina Hogarth a sister-in-law of Dickens. Agatha Crispie is a spoof on Dame Agatha, her characters and life. Saucy Pat is the life of Patrick Bronte and The Real Sherlock Holmes is about the fascinating Sir Arthur Conan Doyle. Samples of my writing can be found at www.foxplays.com

I'm an Australian with Welsh and English roots and have lived in the UK from time to time. I live in Melbourne with my wife and various four-legged friends. I'm a full time writer and part time aurilophile. Just don't tell the dog.

Proud Book Reviews
TOP 1000 REVIEWER
4.0 out of 5 stars Beautiful writing that keeps you intrigued
Reviewed in Australia on 19 April 2021
Trigger Warnings
This book contains:
• Planning and committing murder
• Corrupt cops
Characters
Detective Senior Constable Joanna Best is the main character of an Agatha Christie style murder mystery, whodunit. She begins her probation as a Detective at the beginning of the book and we follow her both professionally and personally for the space of a week or two.
There is a raft of other characters, all supporting Jo and her story. With multiple crimes being committed and all being interconnected in some way, these supporting characters inclusion wasn’t wasted. Although, if you struggle to remember lots of characters you may struggle with that aspect as there are quite a few.
Storyline
We follow Jo becoming a Homicide Detective and her first two cases, one in Elsternwick and one in the Dandenong’s. While investigating these we discover the family secret and begin the secret side project.
I can’t really say much else about the storyline because it’s so interwoven and since it’s a bit of a mystery, anything I say could give away parts of the story and take away your enjoyment of it.
Overall Thoughts
Very quickly I got the feeling that this was going to be a bit of an Agatha Christie style murder mystery, and in a way I was right. Even Jo thought that!
The complexity, the way everything is interwoven, the little details that bring it together are all so well done that I definitely want to read more of the series. Yet the language was something that held me back just a little.
Not enough to dislike the book, but just enough that I couldn’t give it a higher rating.
It felt like some of the explanations you see in a script were included while the descriptions you’d typically find in a book were missing. Given he also writes plays this makes sense so it wasn’t a huge deal to me, especially since this is set in my home city. I know all the locations extremely well and so could imagine them with ease. But if you’re not familiar with the settings I think this might be more noticeable to you.
At no point did I find I couldn’t engage with and enjoy the book; it was just something I noticed and wanted to mention in case it impacted your ability to enjoy the book. Which I do think you should go and read if you enjoy the Agatha Christie style murder mysteries!