Monsters Unleashed and over 1.5 million other books are available for Amazon Kindle . Learn more
Share <Embed> 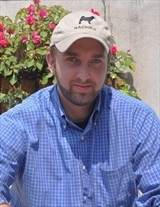 Page 1 of 1 Start overPage 1 of 1
This shopping feature will continue to load items when the Enter key is pressed. In order to navigate out of this carousel please use your heading shortcut key to navigate to the next or previous heading.
Back
Next
Start reading Monsters Unleashed on your Kindle in under a minute.

Praise for the Zombie Chasers series: "Kloepfer's first is a Zombieland for the middle-school set: funny, off-color and extremely gross. A great pick for the child who thought Diary of a Wimpy Kid just needed more motile corpses."--Kirkus Reviews

"The monsters are the real stars here, and readers may appreciate the inventive steps the kids have to take to bring them down."--Bulletin of the Center for Children's Books

"Frequent illustrations and a goofy plot make this a good choice for reluctant or emerging readers and fans of Dav Pilkey's "Captain Underpants.""--School Library Journal

Praise for the Zombie Chasers series: "If there's an award for the grossest descriptions of zombies, Kloepfer would win it. Preteen boys will love it."--St Paul Pioneer Press

Praise for The Zombie Chasers 2: Undead Ahead: "Written with tongue firmly in cheek-and other body parts all over the landscape-this book will appeal to reluctant readers, particularly middle school boys."--School Library Journal

John Kloepfer began his writing -career at five years old with a one-sentence short story: "And then one day the monsters came." The Zombie Chasers is his first novel. He lives in New York City, where he is hard at work on the next adventure of Zack, Rice, and Madison.

BookGeekGirl
4.0 out of 5 stars Monsters and mayhem, oh my!
Reviewed in the United States on 6 January 2020
Verified Purchase
Monsters unleashed is a fun story about bullies turned friends.

Freddie Liddle and his only friend Manny have a monster problem. After Freddie draws monsters based on the three meanest bullies in class, the boys use the school’s new 3D printer to create models of their monsters. But to their surprise, the monsters come alive. As if live monsters weren’t enough of a shock, things get even more complicated when the monsters get wet and just keep growing to colossal proportions.

Determined to stop the monsters, the boys recruit the bullies to help since they are the only ones who really know how the monsters think. While teaming up with his arch nemeses starts out as Freddie’s worst nightmare, before long he discovers they are more than meets the eye. These unlikely friends rally together to save not just their school, but the entire town.

The author, John Kloepfer, did a good job of creating a relatable middle school dynamic while at the same time putting his characters in a fantastical situation. With some fun characters and some silly ideas, this was a fun read.
Read more
Report abuse

Laura F. Glasgow
5.0 out of 5 stars Great read
Reviewed in the United States on 8 July 2020
Verified Purchase
Fun and exciting, great to read with your little or for those who are starting on chapter books
Read more
Report abuse

ShinMadman3rd
4.0 out of 5 stars Noice
Reviewed in the United States on 10 December 2017
Verified Purchase
Nice,...under two hundred pages and it has some illustrations too. Interesting story.
Read more
Report abuse

Mad Mom
5.0 out of 5 stars Great book
Reviewed in the United States on 30 June 2018
Verified Purchase
My son was bullied and he relates very well to this book. He really enjoyed it and knows that people can sometimes change if they see what they're doing hurts another.
Read more
Report abuse
See all reviews
Get FREE delivery with Amazon Prime
Prime members enjoy FREE Delivery and exclusive access to movies, TV shows, music, Kindle e-books, Twitch Prime, and more.
> Get Started
Back to top
Get to Know Us
Make Money with Us
Let Us Help You
And don't forget:
© 1996-2020, Amazon.com, Inc. or its affiliates