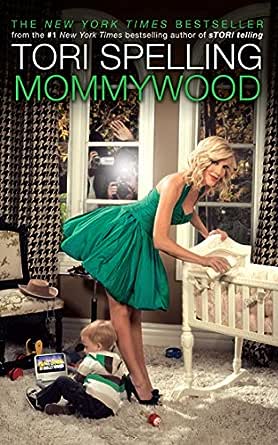 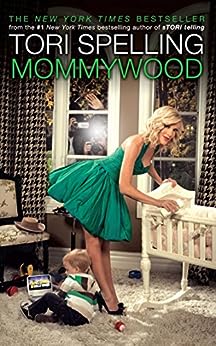 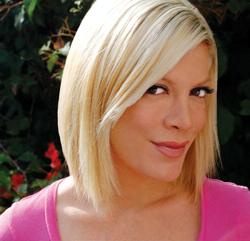 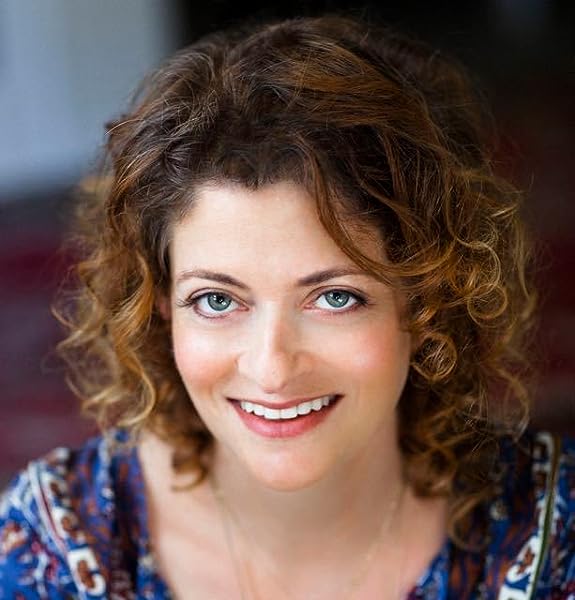 Tori Spelling starred in and executive produced the Oxygen hit reality television series Tori & Dean: Inn Love and Tori & Dean: Home Sweet Hollywood. She recently hosted TLC's Craft Wars and appeared in the ABC Family original musical The Mistle-Tones. The creator of the online lifestyle magazine ediTORIal at her website torispelling.com, she is also a #1 New York Times bestselling author of three memoirs; a party planning book, celebraTORI; and a children's book, Presenting...Tallulah. She and her husband, actor Dean McDermott, live in Los Angeles with their four young children, Liam, Stella, Hattie, and Finn. --This text refers to an alternate kindle_edition edition.

4.4 out of 5 stars
4.4 out of 5
125 global ratings
How are ratings calculated?
To calculate the overall star rating and percentage breakdown by star, we don’t use a simple average. Instead, our system considers things like how recent a review is and if the reviewer bought the item on Amazon. It also analyses reviews to verify trustworthiness.

Amazon Customer
5.0 out of 5 stars Tales of a Hollywood mom
Reviewed in the United States on 4 July 2009
Verified Purchase
"Mommywood" is Tori Spelling's second memoir, and I liked it almost as much as her first. Obviously, I am a huge "Beverly Hills, 90210" fan, but I also like Tori because she's so down-to-earth. Her second book details her life as a working celebrity mom of two young children. In "Mommywood," Tori gets pregnant with her second child, tries to shield her kids from the paparazzi, attempts to fit into one of L.A.'s ordinary neighborhoods (if such a thing actually exists), and works hard to be the best mother she can be.

What I love the most about Tori's books are that they're so honest and funny. Tori always tells it like it is, and is very open about every aspect of her life, from pregnancy to sex to personal insecurities. She's also laugh-out loud hilarious...the Stella "PUTP" incident made me laugh so hard, I was almost in tears. If Tori and I ever meet one day, I have a feeling we'll be fast friends.

The one thing that I didn't like about this book was that Tori did seem to take a bunch of unnecessary shots at the people in her life who have wronged her in some way, from her mother to Luke Perry to her husband's ex-wife, and even to some extent her young stepson. I don't blame Tori for feeling the need to vent about those relationships, but I think her comments will probably end up doing her more harm than good. In her future books, she should probably just try to avoid certain subjects that could potentially showcase her in a bad light.

Overall, though, "Mommywood" was a fun and enjoyable read. I hope Tori has another memoir in the works!

S. Udischas
4.0 out of 5 stars Thoroughly Enjoyable
Reviewed in the United States on 10 May 2009
Verified Purchase
After reading "sTori Telling" I was very much looking forwad to Ms. Spelling's next book. I was a little disappointed as this one was not quite as good as the first but still a good, easy read that describes a life so far removed from my own.

In "Mommywood" Tori Spelling picks up where her last book left off writing, quite simply, about the day to day goings on of her life. She uses a lot of humor while showing a normal 'human' side of herself outside of that of a celebrity, one that is very relatable. Using compassion and humor she writes about her life as a mother in Hollywood, being a wife, her work, being a celebrity and at the core of the book she describes how she attempted to fulfill her lifelong dream of living in a suburban neighborhood. Of course, threaded throughout are remarks and comments about her mother.

While I did enjoy this book, I did not find it as compelling as her first book. I think this is simply because in "sTori Telling" there were so many fantastic stories of lavishness and excess that were absent in this one.
Read more
Report abuse

Michelle R.
4.0 out of 5 stars Tori is Still Likable.
Reviewed in the United States on 8 August 2009
Verified Purchase
I mentioned in the review for  sTORI Telling  that I was surprised to like Tori Spelling. I had an impression of here as merely a spoiled little rich girl, and so it was easy to see all of her actions in the least charitable light possible. After reading  sTORI Telling , my opinion was greatly changed. She came across as humble and self-effacing and just a little extra screwed-up from a weird childhood. Of course, it wasn't easy to overlook the way she handled her first marriage, which included infidelity with someone who had a spouse of his own, but she makes no real excuses for that -- and implies in the new book that she forgives his ex for saying a few unkind things, because she did break up the marriage.

Mommywood was more concerned with her worries about being a good mother and trying to fit in in the suburbs, the latter with mixed results. I know that people feel she bashed her mother too much here, but -- if anything -- it seems less direct than in Stori Telling, and more an inevitable result of her own motherhood. Her relationship with her mother directly informs the type of mother she wants to be and not be, so it does come up a lot, but it seems valid. (Her mother, btw, yammers to the press about not seeing the grandkids when -- according to Tori -- her mother was the one who stopped the playdates with the oldest child, Liam.)

If there's one thing Tori cops to, it's being someone neurotic, always worried she won't be good enough, and terrified she'll screw up her own kids. That's what the stories are about, and perhaps the reason this book is less enjoyable to some is because they wanted more celeb goss and less of the stuff they live every day. I think the reason it was slightly less enjoyable to me is because I wish the author was able to overcome a few more of her fears. What was gratifying in both books is how she is built a family of friends who help her through, and I wish that this allowed her to better overcome what still comes across as self-esteem issues based on being in the public eye since childhood.

Ultimately, I enjoyed reading this book and wish the author all the best in raising her family.
Read more
One person found this helpful
Report abuse

K. Jones
5.0 out of 5 stars Couldn't put it down.......
Reviewed in the United States on 19 July 2010
Verified Purchase
I have always liked Tori Spelling on television but just decided to purchase all 3 of her books....I was not disappointed. It was like I was experiencing what she was feeling and I was transported to that time and place. She is a great story teller and through her books, you see that she is just a normal person with a little "above normal" circumstances. She puts things very direct and doesn't hide anything. I like her even more now that I have read her books. Big reader....not me BUT I couldn't put this down. I have just started her 3rd book and every free minute that I get, I am picking it up. Great job and I hope she writes more!!!
Read more
Report abuse
See all reviews
Get FREE delivery with Amazon Prime
Prime members enjoy FREE Delivery and exclusive access to movies, TV shows, music, Kindle e-books, Twitch Prime, and more.
> Get Started
Back to top
Get to Know Us
Make Money with Us
Let Us Help You
And don't forget:
© 1996-2020, Amazon.com, Inc. or its affiliates