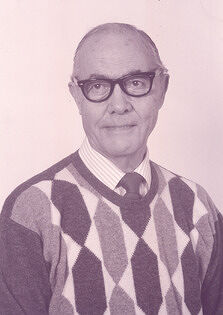 by Peter O'Donnell (Author), Enric Badia Romero (Artist)
4.6 out of 5 stars 35 ratings
See all formats and editions
Sorry, there was a problem loading this page. Try again.

Peter O'Donnell wrote in many media, but achieved international success when he created Modesty Blaise, which was first published in 1963. There has even been a film and a TV version of the character, as well as a series of bestselling novels.
Tell the Publisher!
I’d like to read this book on Kindle

Peter O’Donnell began his career working on pre-World War Two comic strips. During the 1950’s he became involved with strip cartoons and created the revolutionary series Modesty Blaise, which would be syndicated in more than 42 countries. The strip led to a series of bestselling novels, all published by Souvenir Press: Modesty Blaise, Sabre Tooth, I,Lucifer, The Impossible Virgin, Pieces of Modesty, A Taste for Death, The Silver Mistress, Dragon’s Claw, The Xanadu Talisman, The Night of the Morningstar, Dead Man’s Handle and his final collection of stories about Modesty, Cobra Trap.

M B views
5.0 out of 5 stars Modesty Rules
Reviewed in the United Kingdom on 20 November 2016
Verified Purchase
yet another volume (no. 28 ) of this superb series. I've been collecting them for the past 7 years or so; so had to play catch-up obtaining the early issues. now, to my great delight and despite some odd pauses in the publishing schedule, it looks like the entire run will be completed in the final two volumes. Thank you titan publishing. all volumes contain solid well crafted and enjoyable stories. Of the four stories in this volume I particularily liked "tribute of pharaohs" Set in Egypt it gives us a couple of glimpses of both Modesty's and Willie's pasts which are skilfully woven into the main story.So nice when we see the gentler more vulnerable side of our two heroes.. Settings for the other three stories are Rural England, South America and Thailand; all cracking tales in their own rights. That O'Donnell was able to maintain such high standards on this strip over almost 40 years is remarkable. The art by Romero is up to his usual high standard fleshing out the plots with his superb anatomical design and range of facial expressions. my only criticism, (which another reviewer has also picked up on), is that the introductions to each story by a reviewer new to this series,( Rebecca Chance), give away rather too much of the plot. I advise you to read these after enjoying the story.
Read more
3 people found this helpful
Report abuse

LK V ramesh
5.0 out of 5 stars A slice of 60s and huge fun
Reviewed in India on 27 February 2020
Verified Purchase
Anyone who says there aren't enough books with "female protagonists" is probably unaware of the Modesty Blaise series . These books are exceptionally well written and the comic series takes it one step ahead with some great illustrations as Blaise and her male sidekick Willie Garvin take on international crime, spies , and assorted villains. A unique aspect is that both have respective private lives in the way in which they run through a series of male and female lovers. Blaise has her favorites , the kind of absent minded but otherwise brilliant men while Garvin always seems to be rescuing assorted damsels in distress and ending up in a relationship with them. All in all these comics now available in bound softback is well written, superbly illustrated and huge fun !
Read more
2 people found this helpful
Report abuse

Eric_
5.0 out of 5 stars The best
Reviewed in Germany on 23 February 2019
Verified Purchase
This collection of Modesty Blaise stories looks excellent between my other books. Absolutely wonderful reprint by Titan. 5 stars is just not enough ;-)
Read more
Report abuse
See all reviews
Back to top
Get to Know Us
Make Money with Us
Let Us Help You
And don't forget:
© 1996-2022, Amazon.com, Inc. or its affiliates