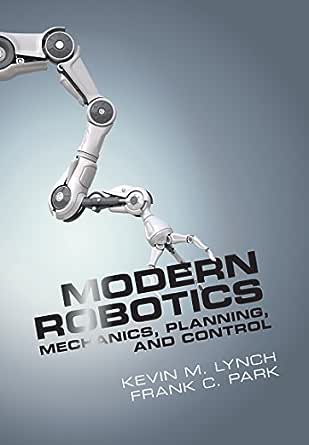 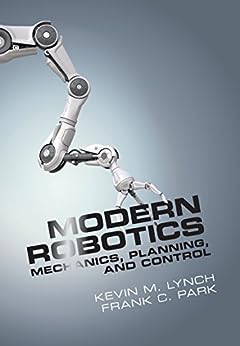 Kevin M. Lynch received his B.S.E. in Electrical Engineering from Princeton, New Jersey in 1989, and Ph.D. in Robotics from Carnegie Mellon University, Pennsylvania in 1996. He has been a faculty member at Northwestern University, Illinois since 1997 and has held visiting positions at California Institute of Technology, Carnegie Mellon University, Tsukuba University, Japan and Northeastern University in Shenyang, China. His research focuses on dynamics, motion planning and control for robot manipulation and locomotion; self-organizing multi-agent systems; and physically interacting human-robot systems. A Fellow of the Institute of Electrical and Electronics Engineers (IEEE), he also was the recipient of the IEEE Early Career Award in Robotics and Automation, Northwestern's Professorship of Teaching Excellence, and the Northwestern Teacher of the Year award in engineering. Currently he is Senior Editor of the IEEE Robotics and Automation Letters, and the incoming Editor-in-Chief of the IEEE International Conference on Robotics and Automation. This is his third book. Frank C. Park received his B.S. in Electrical Engineering from Massachusetts Institute of Technology in 1985, and his Ph.D. in Applied Mathematics from Harvard University, Massachusetts in 1991. He has been on the faculty at University of California, Irvine and since 1995 he has been Professor of Mechanical and Aerospace Engineering at Seoul National University. His research interests are in robot mechanics, planning and control, vision and image processing, and related areas of applied mathematics. He has been an Institute of Electrical and Electronics Engineers (IEEE) Robotics and Automation Society Distinguished Lecturer and has held adjunct faculty positions at the Courant Institute of Mathematical Sciences, New York, the Interactive Computing Department at Georgia Institute of Technology and the Hong Kong University of Science and Technology Robotics Institute. He is a Fellow of the IEEE, Editor-in-Chief of the IEEE Transactions on Robotics, and developer of the EDX course Robot Mechanics and Control I, II.

This is the go-to textbook for learning about the mechanics, planning, and control of robots in a unified way. Modern Robotics emphasises both the latest geometric techniques and algorithmic aspects of these three subjects, with accompanying software, video lectures, and numerous exercises.

Ross
2.0 out of 5 stars Don't bother if you are a private learner
Reviewed in the United Kingdom on 31 August 2019
Verified Purchase
This book is intended to be used as part of a university course, where you have an instructor on hand to either lead you through the exercises or mark them / show you where you went wrong. This essential means of learning will be available to you to make the most of the money you spent on this book. If this is you, fine, buy it.

If you are learning on your own, or even on the coursera version, then this book will be of precious little use to you if you want to do worked examples. The reason for this is Cambridge Press and the author do not trust undergraduates not to cheat, and instructors apparently repeat the book exercises wholesale as tests, and so the solutions to exercises are locked behind a faculty login. If you email Cambridge, they will ignore you. If you are doing the coursera version then what you have is a vastly cut down version of the exercises in the form of quizzes.

There is a set of different exercises you can download and work through, but these do not always cover the same ground as the book and in many places feature mistakes. I remember when I was at university some decade and a half ago, books that did not provide solutions were reviled by student and lecturer alike. This ridiculous practice had started to be phased out, but here it is again.

Stick to the free pre-print if you are a lone learner, its much better value for money. You still won't have any answers but at least you won't have spent £45 to find that out.

Krypto
5.0 out of 5 stars A book for the serious roboticist.
Reviewed in the United States on 3 November 2018
Verified Purchase
This book studies the formulation of robotics (kinematics, dynamics and control) through modern screw theory. It is a must-read for any serious roboticist.

I think it is well written and challenging. Support material can be found in the author's website (where you can also, legally, download a pdf of it; but I do prefer the hard-cover paper book) and a course in EdX, by Frank Park, as well as course in Coursera, by Peter Lynch, are based on it.

I would recommend it for senior year or first year grad school.
Read more
6 people found this helpful
Helpful
Sending feedback...
Thank you for your feedback.
Sorry, we failed to record your vote. Please try again
Report abuse

Mark Saroufim
5.0 out of 5 stars Lie algebras FTW
Reviewed in the United States on 17 August 2019
Verified Purchase
The first part of the book is one of the most memorable things I've read in recent times. I loved seeing applications of algebra and topology applied to the single bar linkage problem, this book was responsible for reinvigorating my interest in abstract algebra, topology and category theory.

The final few chapters are weaker, they try to cover concepts like SLAM or PID controllers which is good and all but it feels like a side dish to the core idea of the book: "Better algebraic structures means better algorithms"
Read more
One person found this helpful
Helpful
Sending feedback...
Thank you for your feedback.
Sorry, we failed to record your vote. Please try again
Report abuse
Load more international reviews

david v
5.0 out of 5 stars Five Stars
Reviewed in the United States on 11 January 2018
Verified Purchase
The book was very interesting and it has a lot of details in how the formulas were derived
Read more
One person found this helpful
Helpful
Sending feedback...
Thank you for your feedback.
Sorry, we failed to record your vote. Please try again
Report abuse