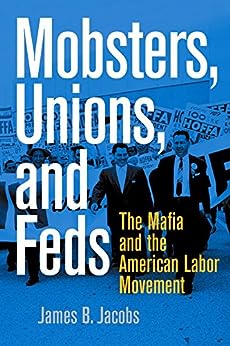 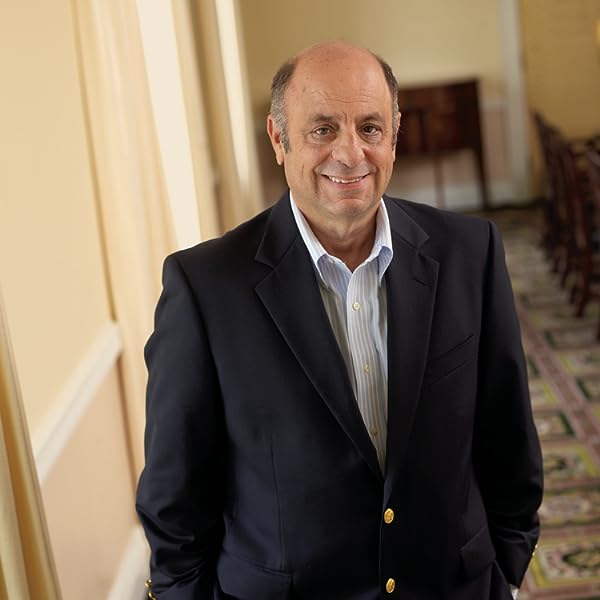 Mobsters, Unions, and Feds: The Mafia and the American Labor Movement Kindle Edition

by James B. Jacobs (Author) Format: Kindle Edition
See all formats and editions
Sorry, there was a problem loading this page. Try again.

Nowhere in the world has organized crime infiltrated the labor movement as effectively as in the United States. Yet the government, the AFL-CIO, and the civil liberties community all but ignored the situation for most of the twentieth century. Since 1975, however, the FBI, Department of Justice, and the federal judiciary have relentlessly battled against labor racketeering, even in some of the nation's most powerful unions.

Mobsters, Unions, and Feds is the first book to document organized crime's exploitation of organized labor and the massive federal cleanup effort. A renowned criminologist who for twenty years has been assessing the government's attack on the Mafia, James B. Jacobs explains how Cosa Nostra families first gained a foothold in the labor movement, then consolidated their power through patronage, fraud, and violence and finally used this power to become part of the political and economic power structure of Twentieth century urban America.

Since FBI Director J. Edgar Hoover's death in 1972, federal law enforcement has aggressively investigated and prosecuted labor racketeers, as well as utilized the civil remedies provided for by the Racketeer Influenced and Corrupt Organization (RICO) statute to impose long-term court-supervised remedial trusteeships on mobbed-up unions. There have been some impressive victories, including substantial progress toward liberating the four most racketeer-ridden national unions from the grip of organized crime, but victory cannot yet be claimed.
The only book to investigate how the mob has exploited the American labor movement, Mobsters, Unions, and Feds is the most comprehensive study to date of how labor racketeering evolved and how the government has finally resolved to eradicate it.

I am not aware of a book that covers the same ground as this onelet alone one that does so using such thorough research and with such technical competence.Jacobs offers a history of the federal government's efforts to curb labor racketeering. The heart of his text focuses on the results achieved by employing Civil RICO suits to weed out organized crime from unions long mired in corruption. The Justice Department has mounted twenty such efforts since 1982, and Jacobss book is the first to provide a comprehensive assessment of this controversial tactic. He tackles this ambitious project with a combination of detailed research, clear writing, and judicious consideration, all of which have been a hallmark of his previous texts on corruption and organized crime. The result is a must read book for anyone interested in the problem of union corruption and what to do about it.For an understanding of RICO litigation against unions, Jacobss book is a good choice.Jacobs, legal scholar and expert on the Mafia, sets out to show how the Mob has distorted American labor history, explaining the relationship between organized crime and organized labor, as well as recent federal efforts to clean up unions.8220James Jacobs, a New York University law professor and author of Mobsters, Unions and Feds, says Mafiosi were hired by union organizers in the early twentieth century to combat company toughs. Now, he says, they specialize in selling the rights of workers. --This text refers to the hardcover edition.

James B. Jacobs, legal scholar and sociologist, was Warren E. Burger Professor of Law and Director, Center for Research in Crime and Justice, NYU School of Law. Among his books are Mobsters, Unions & Fed: The Mafia and the American Labor Movement, Gotham Unbound: How New York City Was Liberated from the Grip of Organized Crime, Busting the Mob: United States v. Cosa Nostra, and Corruption and Racketeering in the New York City Construction Industry, all published by NYU Press. --This text refers to the hardcover edition.

4.1 out of 5 stars
4.1 out of 5
15 global ratings
How are ratings calculated?
To calculate the overall star rating and percentage breakdown by star, we don’t use a simple average. Instead, our system considers things like how recent a review is and if the reviewer bought the item on Amazon. It also analyses reviews to verify trustworthiness.

Its in great shape and time to read

Danielle M. Rizzo
3.0 out of 5 stars Highly informative but badly edited
Reviewed in the United States on 9 July 2021
Verified Purchase
This book gives an interesting peek into the connection between organized crime and organized labor. It’s academic and dry but also highly informative. However, it is shockingly poorly edited. Every few pages, there is an error in grammar or punctuation that leaps off the page at me. It’s very distracting.
Read more
Report abuse

J. P. M. Smit
5.0 out of 5 stars How the mob corrupt the US law enforcement and Labor Movement
Reviewed in the United States on 4 November 2014
Verified Purchase
Mobster's influence into some of US Trade Unions

Received this book today by mailman into a good shape.

Containing very interesting stories, like to know on a clearly way what really had been happened about the mob influence into some sections of the American Labor Movement and their workforce, and other forms of conspiracy between politicians and Mafiosi, extorsion and bribery of big companies by other dubiously persons, like Frank Sinatra! And don't forget the Kennedy clan, headed by Joseph Kennedy sr. from New England, who had the hand in it by himself by paying Mafia bosses in Chicago for winning elections for is sons!
Read more
Report abuse

Mark Sutter
4.0 out of 5 stars Well Written
Reviewed in the United States on 8 January 2017
Verified Purchase
This book reveals just how deeply the mobs have infiltrated America's labor unions and the steps the federal government took to prosecute the labor racketeers. It was well written with more than enough historical details to make the author's point.
Read more
Report abuse
See all reviews
Back to top
Get to Know Us
Make Money with Us
Let Us Help You
And don't forget:
© 1996-2022, Amazon.com, Inc. or its affiliates