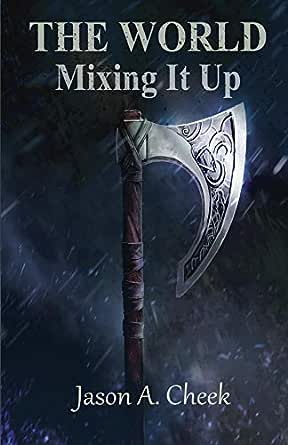 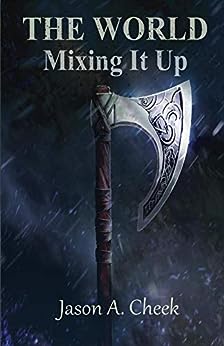 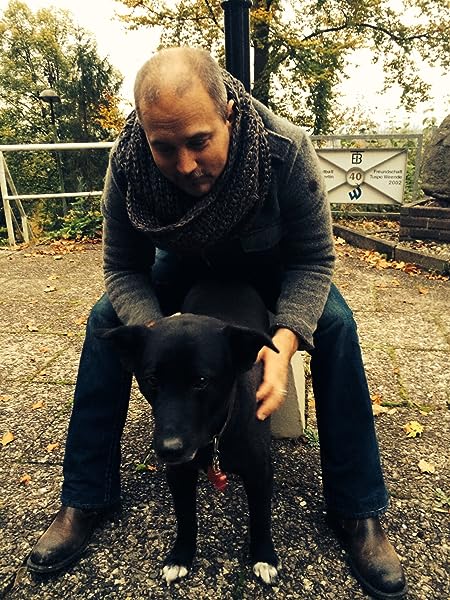 Mixing It Up (The World Book 2) Kindle Edition

The adventure continues where the action left off. Jason and his new friends are thrust into the breach as he quickly finds himself in conflict with Goblins, Beasts, and Players alike.

Hitting up the local dungeon, Jason discovers that his longtime nemeses have joined the game and are seeking to take over the server as they’ve done in MMORPGs’ past. As he strengthens his guildmates and NPCs, the conflict heats up as new alliances are formed to combat the growing threat.

Jason A. Cheek lives currently in Germany due to his current job assignment. He lives with his wife and daughter, along with their two dogs Melow and Monty. Originally from West Palm Beach, Florida. Interested in martial arts, swords, archery, Dungeon & Dragons, SCA, reading Sci-Fi and Fantasy, Jason became a computer gamer after leaving the Army. Paying his own way through college while working as a waiter, he studied to become an Occupational Therapist assistant. Teaching himself computers and networking on his own time. Jason changed career paths, becoming a Regional Systems Administrator several years later. During this time, he played many hours of first person shooters and strategy games at LAN parties around the United States or logged into Anarchy Online and World of Warcraft leading his guild in Raids. Excelling in his career as an Information Technology Specialist, Jason became a Certified Systems Security Engineer, furthering his knowledge by learning new technology whenever possible. Interested in extreme sports and traveling, Jason found a job that allowed him to travel around the world. During this time he taught himself German and Polish. Always interested in writing, Jason began his first novel called Flight, Book One of The Last Paladin Series, in 2013 and self-published the following year in 2014.

Scott Osmond
TOP 50 REVIEWER
4.0 out of 5 stars A Dungeon Dive
30 August 2019
Format: Kindle EditionVerified Purchase
This one covers a major dungeon dive with plenty of action, loot and player vs player conflict. Good character development as the mc is making conections and allies that will be necessary for his nightmare questline and possibly more. Standard lit rpg tropes apply, including the nerd dynamic where the mc apparently hasn't gotten over the hurts and humiliations of highschool. The story is flowing nicely and I look forward to finding out what happens next.
Read more
Helpful
Comment Report abuse

Kindle Customer Sands
TOP 500 REVIEWER
5.0 out of 5 stars Oh those dungeons!!!
9 December 2018
Format: Kindle EditionVerified Purchase
So much of this genre is often more about progression in the game than character growth. This series is developing some fantastic people so real I'd like to friend them on FB. Little vignettes periodically show wonderful community and individual values as well as their opposite. Visceral horror alongside teamwork, grind and fellowship. Bhuyah. Oh and IMO the story rocks too.👍👍👍👍👍👍👍👍👍
Read more
Helpful
Comment Report abuse

I loved it and expect I'll be rereading it again in the future. This book is a solid 4 and a half stars which I've bumped up to five as Amazon doesn't do half stars. I liked this series enough that as soon as I'd read all 3 books available I immediately started in on Jason's second series.

Dave
TOP 1000 REVIEWER
4.0 out of 5 stars First clear the Dungeon
15 March 2019
Format: Kindle Edition
The saga continues as our MC must now save his crafter NPC’s. Along the way, he journeys back to the nearest town, and stumbles across some people being briefed by PK’s. Returning the favour, he assists them and another couple and the group then goes on to get the first clear of the local dungeon, which then shows that all quests are naturally evolving.
Some hardcore battling, and some reasonable character work amongst town/village and crafts NPC’s.
Read more
Helpful
Comment Report abuse

Go to Amazon.com to see all 108 reviews 4.4 out of 5 stars
Get FREE delivery with Amazon Prime
Prime members enjoy FREE Delivery and exclusive access to movies, TV shows, music, Kindle e-books, Twitch Prime, and more.
> Get Started
Back to top
Get to Know Us
Make Money with Us
Let Us Help You
And don't forget:
© 1996-2020, Amazon.com, Inc. or its affiliates