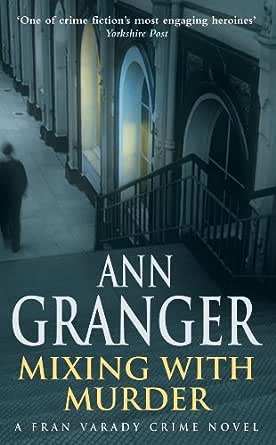 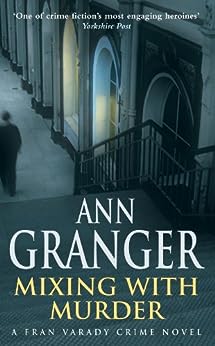 Ann Granger's skill with character together with her sprightly writing make the most of the story....she is on to another winner * Birmingham Post * She has shifted gear to the city with no problem...a fine start * Crime Time * The reader can expect a treat. [Fran Varady] is as fresh and vital as ever...Lively, different and fun * Yorkshire Post * Praise for Ann Granger's Fran Varady novels: 'Fran's a delight...the plot is neat and ingenious, the characters rounded and touchingly credible, and the writing of this darkly humorous but humane and generous novel fluent, supple and a pleasure to read * Ham and High * --This text refers to an alternate kindle_edition edition.

The sixth sparky mystery for the resourceful amateur sleuth Fran Varady. --This text refers to an alternate kindle_edition edition.

Ann Granger has worked in British embassies in various parts of the world. She met her husband, who was also working for the British Embassy, in Prague and together they received postings to places as far apart as Munich and Lusaka. They are now permanently based in Oxfordshire. --This text refers to an alternate kindle_edition edition.

Ann Granger has worked in British embassies in various parts of the world. She met her husband, who was also working for the British Embassy, in Prague and together they received postings to places as far apart as Munich and Lusaka. They are now permanently based in Oxfordshire. --This text refers to an out of print or unavailable edition of this title.
Read more

cmibeds
5.0 out of 5 stars Another great book
Reviewed in the United Kingdom on 6 December 2019
Verified Purchase
Yet another Ann Granger book that I found hard to put down. Characters so well described it is easy to visualise them and the story line kept me hooked from start to finish.
Read more
Report abuse

Joanna Elliott
5.0 out of 5 stars Fran Varady murder mystery
Reviewed in the United Kingdom on 24 May 2014
Verified Purchase
Ann Granger has about 4 different series of books set around different detectives. Fran Varady either falls into a mystery through her own curiosity or through sheer bad lack. An aspiring actress whose own personal circumstance rise and wain
involve her skills as an amateur sleuth. Her friend Ganesh and his uncle Hari and the disapproving inspector Morgan all advise against her actions, but to no avail. A good read, with a clever plot. In this one the local godfather insists that Fran help in solve an issue with one of his pole dancing staff. But nothing is as it appears. An easy read. Not too heavy

Leslie McCarrey
5.0 out of 5 stars More Fran Varady please
Reviewed in the United States on 12 August 2013
Verified Purchase
Ann Granger writes good crime novels set in the English countryside. I have always found her books enjoyable but lacking in characters to whom one can relate. In Fran Varady she has created a unique character who I would love to meet. She is way out in some ways but also real. I love the Varady novels and the social environment that is her home. If you like real-life stories in an English urban setting with great characters, you will enjoy this book.
Read more
Report abuse
See all reviews
Get FREE delivery with Amazon Prime
Prime members enjoy FREE Delivery and exclusive access to movies, TV shows, music, Kindle e-books, Twitch Prime, and more.
> Get Started
Back to top
Get to Know Us
Make Money with Us
Let Us Help You
And don't forget:
© 1996-2020, Amazon.com, Inc. or its affiliates