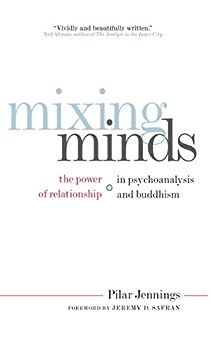 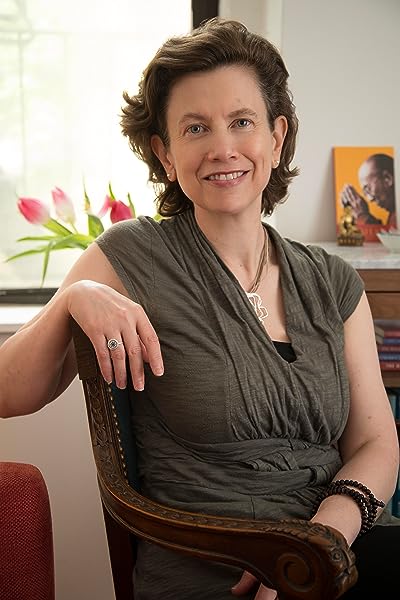 Mixing Minds: The Power of Relationship in Psychoanalysis and Buddhism Kindle Edition

Jennings is a long-time practicing Buddhist and psychotherapist, who is well-placed to discuss how contrasting approaches to wellness can affect our relationships. She explores the synergy, examining why the focus on relationships is relevant to religion and how, although they do differ, Buddhism and psychoanalysis are actually compatible healing traditions. A useful and readable adjunct to the libraries of Buddhist students, and people in analysis, as well as their analysts: in fact, anyone who wants to be well and free from suffering.-- "Mandala Magazine: Editors Choice"

Mixing Minds is at once skillfully dialogical and comparative, showing how Buddhist and psychoanalytic notions of relationality may be complementary without either being reduced to the terms of the other.--Mark Unno, editor of Buddhism and Psychotherapy across Cultures

An engaging account that puts the relational encounter of two human beings at the center of both practices. Jennings enriches stories about her own analyst and her Tibetan lama with an easy and wide-ranging fluency in both psychoanalytic theory and Buddhist thought.--Barry Magid, author of Ending the Pursuit of Happiness

With a deeply personal, erudite, and poetic voice Pilar Jennings tackles the paradox inherent in all the Buddhist traditions: while the Buddha attained his enlightenment as a solitary effort, we must do so in relationship. And Mixing Minds makes you yearn for just that kind of transformative relationship.--Arnie Kozak, author of Wild Chickens and Petty Tyrants

With this remarkable book, the dialogue between Buddhism and psychoanalysis has finally come of age. In a voice that is intimate, humorous, and at the same time wise and sophisticated, Jennings takes us on a fascinating and deeply rewarding voyage of discovery.--from the foreword by Jeremy D. Safran, editor of Psychoanalysis and Buddhism: An Unfolding Dialogue --This text refers to the paperback edition.

Pilar Jennings is a psychotherapist and psychoanalyst who has focused on the clinical applications of Buddhist meditation practice. She received her doctorate in psychiatry and religion from Union Theological Seminary where she teaches and has been working with patients and their families through the Harlem Family Institute since 2004.

Jeremy D. Safran, PhD, is a professor of clinical psychology at the New School for Social Research in New York. He received his doctorate in psychology from the University of British Columbia in 1982 and his postdoctoral certification in psychoanalysis from New York University in 2001. To learn more about his psychotherapy research lab, visit www.safranlab.net --This text refers to the paperback edition.

Robert A. Jonas (RbtJonas@aol.com)
5.0 out of 5 stars Mixing Minds, a groundbreaking book
Reviewed in the United States on 5 February 2011
Verified Purchase
In this groundbreaking book, Pilar Jennings carefully examines the principles of healing in Tibetan Buddhism and in psychoanalysis. Mixing Minds is a must-read for every teacher of Buddhism in America, and for psychologists and psychiatrists who want to understand their work through the lens of Buddhist spirituality. It is not addressed to the casual reader. For those who are unfamiliar with psychoanalytic concepts such as the unconscious, transference, and projection, Mixing Minds may be a challenging read, and worth the effort. Psychologists, psychiatrists, and other mental health professionals who are unfamiliar with Buddhism will find Jennings' explanation of profound spiritual insights both fascinating and easy to grasp. Pilar Jennings has studied not only the voluminous psychoanalytic and Buddhist literature -- she has also studied herself. The reader trusts what she finds in herself because she tells her story in a way that illumines the universal human drama.

Tonya
5.0 out of 5 stars Love it
Reviewed in the United States on 4 January 2020
Verified Purchase
Bought this for my daughter for Christmas
Read more
Report abuse
See all reviews
Back to top
Get to Know Us
Make Money with Us
Let Us Help You
And don't forget:
© 1996-2021, Amazon.com, Inc. or its affiliates