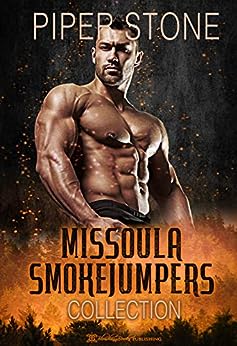 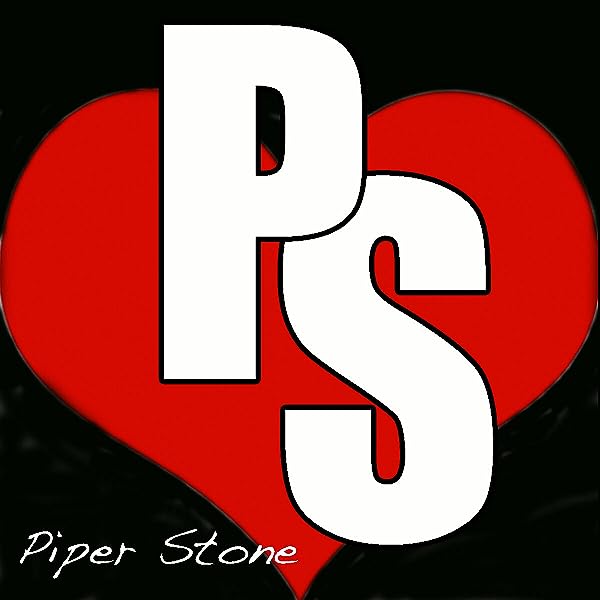 Deb from Oz
TOP 50 REVIEWER
5.0 out of 5 stars A wonderful series
Reviewed in Australia on 7 May 2019
A fantastic way to keep all of these books together and if you don't own them all then a absolutely perfect way to get them Even if you own a few this is the economic way to get them all. I have read and reviewed a lot of these books separately so please have a look at my individual reviews on each book.

Redrabbitt
5.0 out of 5 stars PREVENT—PROTECT—PRESERVE
Reviewed in the United States on 19 April 2019
Verified Purchase
As an avid reader, this has been one of my favorite series and Ms. Piper Stone is one of my top favorite authors. She writes her stories that engage the reader until the rest of the world just slips away. Her characters are dominant men, many who are flawed but strong, and strong, feisty, submissive women who can’t help but fall in love with them. Add the element of danger and suspense, dominance and submission, and fiery passion and you have an amazing story—but put all the stories from the series in one boxed set and you have over 2400 pages of Missoula Smokejumpers! This is only a small review, broken down from each of the full-length reviews I left for each story.

Fire at the River's Edge: Prequel

The prequel story starts with Stoker, Landen, and Garcia. Their story has lots of flashbacks in each man’s life and contemplations of their future. There are also intimate scenes in each part, with playful spankings, and explicit sex scenes. The story is just a nice introduction to the books that are to follow.

The story is an edge-of-your-seat page-turner with strong characters, and if you read the prequel, Standing at the Rivers Edge, we had an introduction to Stoker and Cooper. Now this story is several years later, and what was the strongest of friendships had changed with both men fighting demons after their last deployment in Afghanistan.

The plot will have two unlikely people meeting, and boy does the sparks fly with plenty of angst. Stoker will make Jessica so mad, and she will go off on him, and this will be the beginning of what will become a tumultuous relationship. She has a temper and is not afraid to use it, and he will threaten her with a hard spanking. They say what doesn’t kill us will make us stronger, and that could be the motto for these two. There is an instant chemistry between them, whether they want to acknowledge it or not. Eventually, they will explore those feelings.

“We all have demons, secrets, and attributes we can’t stand about ourselves. We’re not perfect. We’re human.”

The plot will have Landen leaving New York and joining a Smokejumper team in Missoula, Montana known as the Jackals. The story will start with him with one more fire in NYC and then his journey across the country, even finding and rescuing a dog along the way.

The story takes on several intense scenes, including life and death moments of risk and rescue. It is also a new romance and risk for both Landen and Shannon together. She has sworn off firefighters and especially smokejumpers, and he is determined to break through her tough shell. It is an emotional part to learn of the pain and heartache each has suffered.

“Find that missing piece of your soul.”

The plot will have Garcia and Laney meeting when she has a flat tire on a deserted road, and he stops to help her. She is spooked by unknown number phone calls where the caller won’t talk. Making plans and getting things together, she may be running again. Dealing with a charismatic widower of one of her students has her feeling uncertain, while he is charming, he also leaves her feeling uncomfortable. The story takes on sinister life and death scenarios, questionable fires, nefarious intent. Will this be the end of Garcia and Laney? Will she feel she needs to pack up and run again?

“There’s danger everywhere in almost everything you do. You know that, Laney. Life is what we make it, and often the cards we’re dealt aren’t the ones we would have chosen, but what we are supposed to do? We live our lives, fulfilling expectations, performing because we have to pay our bills. Sometimes, the cards are stacked against us. Karma has a way of stopping time, fulfilling a prophecy.”

The plot will take place weeks before Christmas with Stoker and Jessica planning their first Christmas together, talking about the tree and lights, along with hopes and dreams. One phone call, which is critical for her music career, another trip to California, words spoken in anger, and you have two people saying foolish things, leaving each other upset. Is one person’s job more important than another?

The story brings the true meaning of Christmas and giving, making a difference, and bring people together. It is people going out of their way to help bring about Christmas cheer, and even making the impossible possible. You can’t give up; you have to have faith that the best is yet to come.
Standing at the River's Edge

While this is the second prequel, it gives the readers a little bit of insight into each of these four Smokejumpers life before they joined and became a Jackal. The story is not a novella; it is just an introductory prequel to Riker, Boone, Sawyer, and Antonio. Just like Fire at the River's Edge: Prequel: Volume One (Missoula Smokejumpers Book 0) was a prequel for Stoker, Landen, and Garcia. This is to help the reader understand more about these men and their previous lives before they become elite Smokejumpers.

The plot of the story will have Trinity seeing a news report on the television while in Ziggy’s bar, and there are two Smokejumpers from Missoula being touted as heroes in West Virginia for saving a little boy and his dog while fighting the wildfires. She knows he is someone special, someone she would love to get to know, and she will. Riker carries a chip on his shoulder and holds everyone at a distance. What a shock when Trinity in a big truck hit him on his Harley, destroying it. Talk about running into someone. But this will be the beginning of a beautiful relationship that will include opening up to each other and deep, honest, heart-to-heart discussions. A healing for each of them.

“People can go their entire lives without ever meeting someone that they can love unconditionally, sharing every aspect of pain, pleasure, terror, and joy. When you find something like what we have, you fight to keep it.”

The plot will have Stasha and Boone meeting at the rodeo, and then again when he is woken by gunshots and goes next door to the neighboring ranch and finds Stasha rescuing abandoned puppies. He will convince her to follow him to his ranch and house the puppies overnight for her. There are a connection and attraction between these two.

“Take my hand. I will be your lover, your protector and the man who keeps you safe. I will also be the man who provides the parameters you need. That is if you accept. Pain and pleasure. Anguish and ecstasy. They are very important.”

The story will have nightmares from their past that haunt both Sawyer and Reese. When someone from his past comes back after years gone, he will try and reconnect. For Reese, it is evil that she fears, one that may have followed her from her past. It will take these two being vigilant, and honest with each other to stay safe. But evil has come to Missoula, and in the process, terrorizing the entire town, it’s citizens, and it’s very way of life.

It is the good, the bad, and the ugly of humanity. Some are heroes, even if they don’t want to be called that, they put others above self. Some are willing to compromise right from wrong to get ahead, and if it affects the lives of others, they will get in bed with the devil. And then, the evil, sadistic ones who will commit heinous crimes, maim and destroy without a care as to the cost are the ones that place fear in the heart and soul of a town.

“He could feel the kinetic energy, almost like the kiss of death waiting in the shadows. There was evil lurking behind every dark corner with too many players, and he abhorred the understand.”

The story is full of shock and surprises for several people. The truth of life and death situations for several will come out. The good, the bad, and the ugly of people, with buried secrets, will affect the lives of several people. Those who had been thought to be loyal will be traitors, and not everything will be as black and white as perceived.

“I love intelligent women with attitude, yet women who prefer a man to be in charge.”

I love all the mystery, suspense, danger, adventure, camaraderie, angst, devotion, loyalty and passion that is found among the brotherhood of the Jackals and the women who love them. They are a motley crew of misfits who together are a family, with stronger bonds than blood. When one is in trouble, they all rally around and help, and that includes anyone who is special to them.
Read more
Report abuse
See all reviews
Back to top
Get to Know Us
Make Money with Us
Let Us Help You
And don't forget:
© 1996-2021, Amazon.com, Inc. or its affiliates