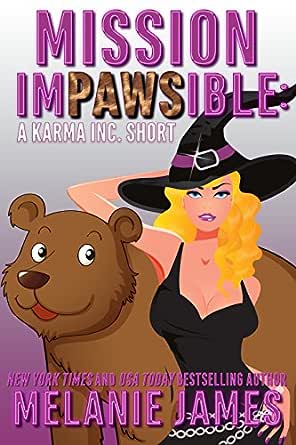 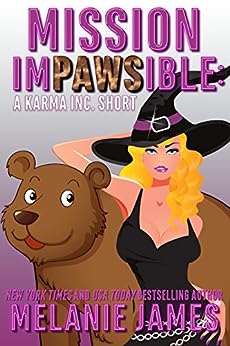 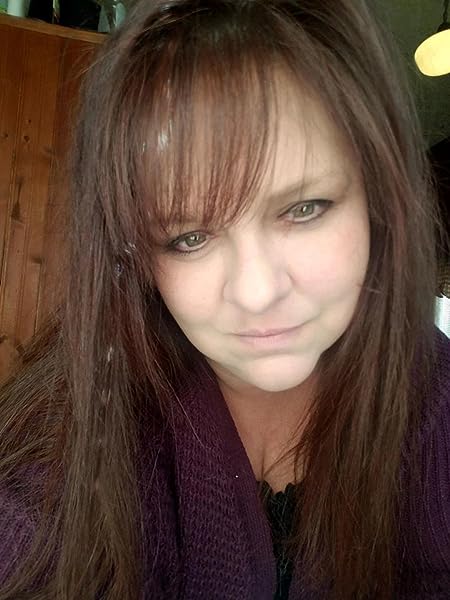 Everything happens for a reason, even if it’s caused by incompetence.
What happens when you take one very powerful wand, crack open an ancient spell book and mix thoroughly with a pair of inexperienced witches? For Kelly and Randy it’s a spell gone wild. With no idea what sort of magical mayhem they’ve created, they have to choose between waiting for the Witches Union to hunt them down or take their chances with a life on the run. But there is another choice, to figure out the spell and try to undo it before it’s too late.
When Kelly learns her spell has direct consequences on her were-bear boyfriend, she has no choice but to gather up the witches of Karma, Inc for a new adventure. The gang will take on a new cast of troublemakers in paranormal-infested Caldron Falls. It’s up to Kelly to see if she has what it takes to lead her crew of witchy buffoons on a Mission Impawsible to save her were-bear.

Lynall
TOP 500 REVIEWER
4.0 out of 5 stars Fun short read
1 September 2017
Format: Kindle EditionVerified Purchase
This story is good fun, with amusing banter, but it is fairly simplistic in writing style. There is no depth to the characters, but the story is a light fun read
Read more
Helpful
Comment Report abuse
See all 1 customer reviews
Write a customer review

Crystal W
5.0 out of 5 stars Yet another amazing story by Melanie James
8 December 2015 - Published on Amazon.com
Format: Kindle EditionVerified Purchase
Another hit for Melanie James!! I have read every book in the Literal Leigh Romance Diaries and the Karma Inc Series by this author and I have to purchase as soon as they come out!

I highly recommend reading all the books in both series and make sure to read in order.

Kelly and her brother Randy are at it again. One night they pull out Kelly's wand and the old spell book and things go haywire from there. On the run, Kelly decides to go back to Caldron Falls and hide out with her now long distance boyfriend, and her friend/mentor Ezzy. The spell she accidentally lets loose brings a dozen trapped werebears who are stuck in bear form to them and they need to get the mess cleaned up as soon as possible.

Filled with great writing and wonderful characters, you will read this short story up in one sitting will definitely be wanting more! I am now waiting patiently for the next installment.

Relina Skye
5.0 out of 5 stars Mission Accepted!
10 January 2016 - Published on Amazon.com
Format: Kindle EditionVerified Purchase
"Mission Impawsible: A Karma Inc. Novella" by Melanie James is a fun and quick read. Kelly can't seem to get the witch thing down without it backfiring on her. When Randy wants to try a spell out of their book, Kelly accidentally casts one that is written in Ancient French before ruining their book forever. Overall, I enjoyed reading this novella and look forward to reading more of Karma Inc. stories.
Read more
2 people found this helpful

So she calls in sick, packs her chihuahua's and witch cat, and drives back to Caldron Falls to tell her Bear-shifter almost boyfriend good-bye.

The misadventures get funnier from there. A definite must-read.
Read more

Joy Kiili
4.0 out of 5 stars Spelltastic
31 August 2017 - Published on Amazon.com
Format: Kindle EditionVerified Purchase
Sometimes the bumblers make things right. Take one very newbie witch and have her accidently activate a spell, one she knows nothing about and then have her run to her new beau to hide. Crazy spell, a cast of characters, some bumbling, some just crazy, and fate stepping in to correct a wrong, that wraps up this story.
Read more

Brian P. Lane
5.0 out of 5 stars Undeniably good!
21 January 2016 - Published on Amazon.com
Format: Kindle EditionVerified Purchase
What happens when a newbie witch and her idiot brother decide they are as good as witches with centuries of experience? Chaos and comedy.

I have only been a fan of Ms. James for two years and her writing never fails to entertain me and provide needed comic relief. Her writing is crisp with just a touch of insanity.

If you enjoy a bit of comedy with your passion? Read all the Witch books by this author.
Read more
Go to Amazon.com to see all 36 reviews 4.7 out of 5 stars
Get FREE delivery with Amazon Prime
Prime members enjoy FREE Delivery and exclusive access to movies, TV shows, music, Kindle e-books, Twitch Prime, and more.
> Get Started
Back to top
Get to Know Us
Make Money with Us
Let Us Help You
And don't forget:
© 1996-2020, Amazon.com, Inc. or its affiliates