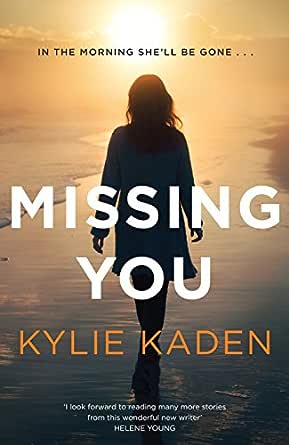 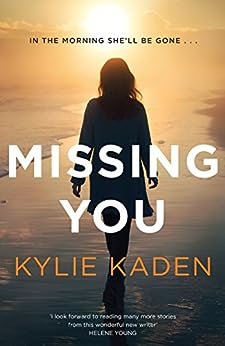 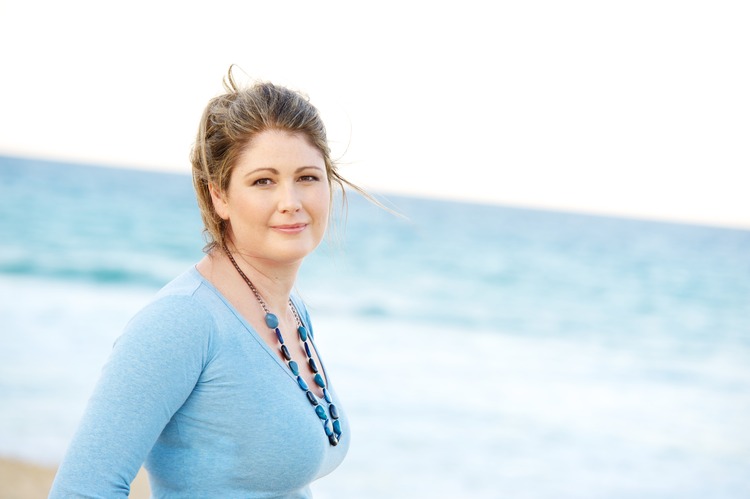 'An absorbing contemporary story of secrets, betrayal, love and redemption … a gripping novel of suspense, drama and romance.' -- Book'd Out

Missing You is a tantalising love story and a seductive suspense novel- 'Our lives were built around the strength of a kiss between strangers. Yet seven years on, look where it led us . . .'

Aussielee
5.0 out of 5 stars Clever Aussie thriller
25 February 2018
Format: Kindle Edition
I requested this book from net galley because I recognised the author’s name and had heard good things about her first book, Losing Kate. I’m so pleased I was successful and given the opportunity to read and review Missing You. I seriously loved this book.

I must say the blurb is a little misleading. I was thinking it might be a family drama; a couple coping with their autistic child, lots of arguments and deep thoughts. And on some level, that is exactly how it starts out, but gradually the sense of all not being as it seems builds until I was so tense I sat up all night turning pages madly. I certainly wouldn’t class this as a romance. If I had to place the book into a genre, I’d say psychological thriller would be my pick.

We get three narrators, all offering their points of views in the first person: Aisha’s, her husband Ryan’s, and her father Patrick’s. Some chapters are flashbacks, and some are written in the present, but it isn’t difficult to follow.

I found Aisha and Patrick instantly likeable. The latter was so real to life and will remind a lot of readers of cantankerous old men they know, I’m sure. Unfortunately I was less sure of Ryan’s appeal or his trustworthiness. I wasn’t keen on his, typical though it may be, drinking habits or surfing lifestyle and therefore I didn’t warm to him as I did the other two narrators.

I’ve always had a fascination with twins, however, and when we were introduced to his brother, Luke, I was completely hooked.

The clever plot is revealed in layers, and I loved the way the most ordinary conversations and situations were suddenly sinister as the story unfolded. Kaden makes some very intelligent observations (again, especially with Patrick, I found) and her handling of showing the good and bad aspects of mental health seems effortless.

As a Queenslander, I adored the setting. For me, it almost became another character. I so enjoyed reading so many familiar places I’ve lived in or visited over the years.

If I had one gripe, it would be about the ending. I’m not saying the ending is abrupt or unresolved (like some other books I’ve read lately) but without spoiling, I suppose I’ll admit it was a little too tame for me. (The pacifist in me shrieks with horror.)

I highly recommend this book.

Marcia@Book Muster Down Under
TOP 1000 REVIEWER
5.0 out of 5 stars A novel that will creep under your skin
13 April 2015
Format: Kindle Edition
I was blown away by this, Brisbane-based author Kylie Kaden’s second novel. After reading her debut novel, Losing Kate, last year (my review here), I didn’t think she could get any better. Boy was I in for a surprise! As most of you that follow my blog know, I’ve never really enjoyed novels from the first-person perspective but, thankfully, our Aussie authors are showing me that they can get this point of view right and I’ve begun to embrace this manner of narrative with its sense of immediacy and intimacy.

In Missing You, I was taken on a suspenseful and alluring journey into the lives of Aisha and Ryan along with their high-needs son Eli and thoroughly enjoyed her exploration of human complexity and darkness.

When Aisha met Ryan at Uni, it was instant love, consummated by a mind-blowing kiss. Seven years later, even though Ryan didn’t want the classic suburban life with one point five children (or however much it is these days), they are married with one son, four-year old Eli, who is on the spectrum – and life has changed for them.

Ryan, in a management position feels that Aisha, a lawyer, is no longer the girl he met and Aisha feels much the same, preferring to see to the needs of their son first and foremost. After an argument that sees Ryan fleeing their home and Aisha seeking the comfort of her family, she goes missing after receiving a telephone call and telling her father that she is going to see a friend in need. When she doesn’t return home, the family is catapulted into turmoil – this is not like Aisha at all – she would never leave her son!

Kylie ratchets up the suspense when the police discover Aisha’s car with blood in it and her family begin to fear the worst. However, it is the events that follow that will have your stomach churning.

They say that the second novel is sometimes the hardest to write and, in the time that I’ve been reviewing, I’ve read many a book review where reviewers have been disappointed by an author’s sophomore attempt. For those of you who read Kylie’s first novel believe me when I say that, as an author, she has grown.

I really fell in love with Patrick, Aisha’s father who, usually a bit surly and unable to find a way to relate to his grandson, is given this opportunity to connect with Eli. Although initially he is somewhat unreliable with regard to certain aspects (which adds to the tension) due to him not being privy to Aisha and Ryan's innermost thoughts and interactions like the reader is, as we move through the story the couple's internal monologue and dialogue reveals all and the different viewpoints allow us to sympathise and gain a better understanding of all the characters.

Of course, a story like this has to have an antagonist and Kylie has superbly crafted hers. In actual fact she introduces two possibilities, intensifying the suspense factor and increasing the uncertainty of the plot and I commend any author who is able to make it impossible for me to distinguish exactly who it is until they are absolutely ready.

Cleverly constructed, captivatingly written and, at times poignant, I found it difficult to put this novel down and read it within a day. Just like Aisha and Ryan got under each other’s skin, I have no doubt that this book will creep under yours! Highly recommended.
Read more
3 people found this helpful
Helpful
Comment Report abuse
See all 7 customer reviews
Write a customer review

Go to Amazon.com to see all 8 reviews 4.4 out of 5 stars
Get FREE delivery with Amazon Prime
Prime members enjoy FREE Delivery and exclusive access to movies, TV shows, music, Kindle e-books, Twitch Prime, and more.
> Get Started
Back to top
Get to Know Us
Make Money with Us
Let Us Help You
And don't forget:
© 1996-2020, Amazon.com, Inc. or its affiliates