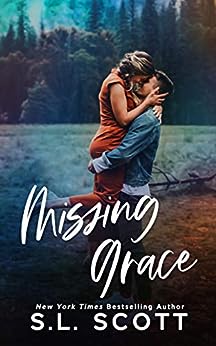 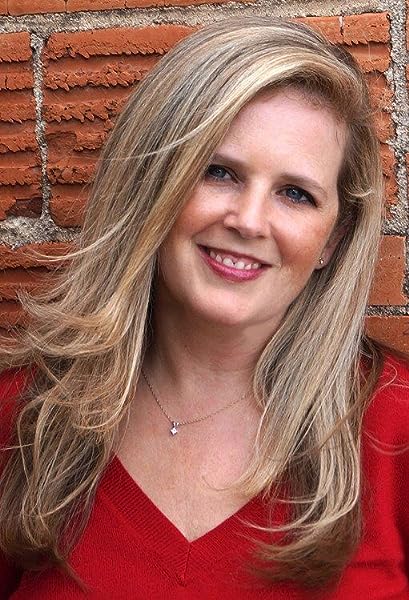 4.5 out of 5 stars
4.5 out of 5
235 global ratings
How are ratings calculated?
To calculate the overall star rating and percentage breakdown by star, we don’t use a simple average. Instead, our system considers things like how recent a review is and if the reviewer bought the item on Amazon. It also analyses reviews to verify trustworthiness.

JPD
4.0 out of 5 stars Romance with mystery
Reviewed in Australia on 11 April 2021
Verified Purchase
Really enjoyed this romance that had more going for it besides the usual pull and push between the couple. .
Read more
Helpful
Report abuse

Old Dave's Romance Revue
5.0 out of 5 stars Search for the heart of the mystery, and the heat of Grace
Reviewed in Australia on 20 March 2017
For the last three years, the one defining aspect of Ben Edwards' life has been that Grace is missing. Grace being Grace Stevens who, at least up until the moment she went missing, was Ben's fiancee.

So far as anyone knows, one moment she was exactly where she was supposed to be and then ... nothing. Disappeared without a trace as they say in the movies.

Though he's made concessions to the notion of moving on with his life during that time, Ben has never truly been able to move on from that day where they parted ways after a lover's tiff and he never got the opportunity to make things right between them.

Apart from being a rather beautiful, if unconventional second chance love story, Missing Grace by S.L. Scott is more. Interlaced with the romance is a mystery that is at once simple and straight forward ... what happened to Grace? but though that question could be answered with a single sentence, that sentence gives rise to a new question. Once again, a simple answer and once more, another implied question, and so it goes till both Ben, and the reader get right to the heart of the mystery ... and to the heart of Grace.

Right from the very first page this book grabbed my attention with both hands and refused to relinquish it till every last twist had been turned, every last secret had been revealed and every last emotion had been wrung from my soul, leaving me at once, both drained and filled in the best kind of ways.

Told third person, which is somewhat rare in romances these days, and generally not my preferred style, I actually felt that, given the kind of story being told, it was the perfect choice for this particular story, allowing the narration a slightly wider scope with which to frame both the mystery and romance as they battled for their space on the page, and I quickly found myself immersed.

Nicla
4.0 out of 5 stars A beautiful love story.
Reviewed in Australia on 17 April 2017
Missing Grace is different from all the romance books that I have been reading lately. I am not huge fan of second chance plot line but I really enjoyed it in this story. Given the story line it could have easily been full of drama but it wasn't which was great. Ben is an amazing hero. I loved the fact he never gave up on Grace and how fiercely he loved her. They definitely had a beautiful heartfelt love story.
Read more
Helpful
Report abuse

san
4.0 out of 5 stars Sweet story
Reviewed in Australia on 28 March 2017
Such a nice book. Could not put it down.
Well written and sweet. I loved the idea of forever love
Read more
Helpful
Report abuse
See all reviews

Sue D
3.0 out of 5 stars Didn't quite live up to the reviews for me!
Reviewed in the United Kingdom on 4 April 2017
Verified Purchase
Bit of a mystery/romance in this story of a young couple Ben and Grace. A month before their wedding after a row, Grace leaves for a business trip to Chicago and disappears. Ben mostly gives up his life for 3 years to search for the only woman he ever loved! A good original storyline but it lost the plot for me towards the end and just became a bit silly. Lots of things were not really explained and the reasons for why the person sort of responsible for Grace' s disappearance did what he did, and the fact that it seemed lightning did strike twice.
However an easy read but with soft characters, but I couldn't in all honesty push the review to 4 stars.
Read more
One person found this helpful
Report abuse

Jane Swinhoe
5.0 out of 5 stars Being honest
Reviewed in the United Kingdom on 30 January 2018
Verified Purchase
I nearly gave up very early on once I knew what had happened. I think it was because i thought I'd predicted the outcome and I thought Ben was dull. But OMG. I'm so glad I kept on. Their whole journey was emotional from beginning to end. I loved both main characters. Ben's emotional turmoil felt so real and I really felt for both characters. Loved it loads.
Read more
One person found this helpful
Report abuse

Debbie
5.0 out of 5 stars Sweet love story
Reviewed in the United Kingdom on 13 December 2020
Verified Purchase
A nice little missing love of his life, three years of hoping to find her; then a chance meeting at a medical awards ceremony. Onwards to their happy ending. I enjoyed this.
Read more
Report abuse

I have watched films with this plot but never read it in a book!!!

Ben is up there with the best book boyfriends!!!!!

His love and devotion for Grace was boundless, so incredible to read!

Grace experienced so much and with the help of Ben and her own determination she got herself back!

Hunter and Rebecca were evil! Especially Hunter!!! But as saying goes....love prevailed!

I recommend this book to all!!!! Read it!!!
Read more
One person found this helpful
Report abuse
See all reviews
Back to top
Get to Know Us
Make Money with Us
Let Us Help You
And don't forget:
© 1996-2021, Amazon.com, Inc. or its affiliates