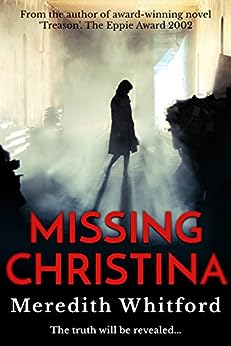 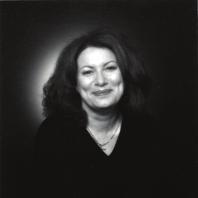 Stephen Crabbe
5.0 out of 5 stars Powerful and intelligent story-telling
Reviewed in Australia on 26 September 2017
Verified Purchase
This narrative gripped me from the start because of its strong voice, that of a contemporary young man who does not seem out of place to strangers in the modern Anglophonic world. The reader is never aware of the author’s presence as she maintains this deep point of view to the end. The result is that we are constantly right there in the shoes of the protagonist-narrator, perceiving and feeling all that he does. It makes for a powerful experience indeed.

The story takes us from England to Australia and back; differences between the geographical and cultural environments are conveyed deftly. Fascination deepens quickly with the mystery of family history and deception, intertwining with verifiable facts of murder investigations as well as possibilities still to be explored. Characters emerge vividly, and much interest comes from the way relationships among them change as they discover more about each other. (It’s probably because of my own personal weakness, but I was sometimes briefly confused about who was who in the large cast of minor characters.)

The central theme of this novel, it’s probably fair to say, is the varied forms love takes and the different ways it is acted out. But there’s also hatred, murder, and some cruelty that I can only describe as evil. And yet, at the same time, there is humour coming largely from the personality of the narrator and his witty, educated but colloquial language.

Very soon after starting to read this novel, you’ll know you’re in the hands of a highly intelligent and skilled story-teller. If you let her carry you through, you'll be very, very satisfied.
Read more
Helpful
Report abuse

Amazon Customer
5.0 out of 5 stars Engrossing tale
Reviewed in Australia on 26 July 2017
The loss of a parent is always a time of remorse and questioning; remorse for words not uttered, questioning a life that has ended. For Jaque Randall, successful actor, this time comes following the accidental death of his mother Christina in New York. The questions asked begin to unravel a life clouded by mystery, touching on crimes committed decades before, and intricacies in a family life where preconceived ideas are shattered. So begins a journey to discover the Missing Christina.
Each family member is brought alive by the author, Meredith Whitford, each with their faults, foibles, and secrets; and Whitford draws you into the family circle, so you become a member and react in shock, amusement, and sympathy as each detail in the life of the mysterious Christina is laid bare. How well does one know a parent?
Entertaining and absorbing. Highly recommended.
Read more
One person found this helpful
Helpful
Report abuse
See all reviews

Mrs J A Shannon
5.0 out of 5 stars Compelling Read
Reviewed in the United Kingdom on 28 February 2020
Verified Purchase
I thoroughly enjoyed this book. I found the central character really believable, and her life story really real, despite the fact that readers never actually meet her. I hope she has written more
Read more
Report abuse

Kindle Customer
4.0 out of 5 stars Worth reading
Reviewed in the United Kingdom on 3 October 2017
Verified Purchase
I thoroughly enjoyed this book even though I felt it was a little far fetched. No literary masterpiece but a light, entertaining read.
Read more
Report abuse

Billylynn
5.0 out of 5 stars Fascinating topic
Reviewed in the United States on 8 August 2017
Verified Purchase
The notes about the different time period were captivating. I'm old enough to be familiar with the time period of the setting, to realize how vastly different the world is now, that all the major issues of the book, unwed motherhood, adoption, homosexuality, are all viewed and treated differently by and large. In these things the world is definitely a better place now than it once was.
I almost gave up. I thought the story would be too sad. I'm so glad I persevered. The resolution of the mysteries were wonderfully entwined with the personal growth of the characters. What was surprisingly was to find out how much love was the engine for the actual historical events when at first glance the opposite seemed true.
Overall, I hated for the story to end even though it was time. It was rather like saying goodbye to friends.
Read more
Report abuse

Cheryl Elliot
5.0 out of 5 stars Convoluted family secrets with a twist.
Reviewed in the United States on 14 September 2017
Verified Purchase
I've read Meredith Whitford's four previous books, so I was really looking forward to this latest. It begins with the accidental auto accident death of Tia Randall, a successful crime fiction writer and viscountess. While sorting through her belongings, her eldest son discovers several puzzling anomalies, including an email from an Australian historian researching a local cold case from forty years earlier. The ensuing developments and eventual resolution are absorbingly chronicled, and a couple of gripping social issues soberly examined. The characters are realistically drawn and relatable, despite the whole viscountess thing, and the mood occasionally lightened by breezy, droll observances. A diverting and relaxing read with characters you can really root for. Recommended.
Read more
Report abuse

Ann F.
5.0 out of 5 stars Unraveling a family mystery
Reviewed in the United States on 5 August 2017
Verified Purchase
After his beloved mother dies, Jacques, an actor, finds what seems like a routine question from a researcher among her papers. Answering it, though, uncovers still more mysteries and questions.

The protagonist and other characters are appealing and Christina's story is quite compelling. The book does include very sensitive themes of child abuse, but there's nothing exploitative about the depiction. Overall, the themes of family and acceptance overshadow the darker side.
Read more
2 people found this helpful
Report abuse
See all reviews
Back to top
Get to Know Us
Make Money with Us
Let Us Help You
And don't forget:
© 1996-2021, Amazon.com, Inc. or its affiliates