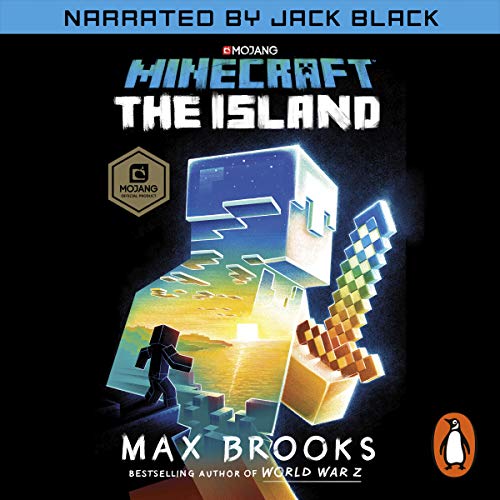 4.7 out of 5 stars
4.7 out of 5
2,765 global ratings
How are ratings calculated?
To calculate the overall star rating and percentage breakdown by star, we don’t use a simple average. Instead, our system considers things like how recent a review is and if the reviewer bought the item on Amazon. It also analyses reviews to verify trustworthiness.

Amazon Customer
5.0 out of 5 stars I love it!
Reviewed in Australia on 8 March 2020
Verified Purchase
This book is rlly awesome im even reading it on my kindle paperwhite it is rlly cool but its a shame there isnt a sequel to this story but yes there is u might ask but the other books are different stories recounted from different people but other than that its awesome i hope to see a sequel for the same story!!!!!!

Sunツ
5.0 out of 5 stars Good
Reviewed in Australia on 10 September 2020
Verified Purchase
I really liked this thanks
Read more
One person found this helpful
Helpful
Report abuse

Sarah
5.0 out of 5 stars Great
Reviewed in Australia on 21 September 2020
Verified Purchase
I love minecraft so of course I love this book I also like David walliams so try that out 😀😀😀😀😉👍
Read more
One person found this helpful
Helpful
Report abuse

Rachel
3.0 out of 5 stars It was alright, though it could have been better.
Reviewed in Australia on 1 April 2021
Verified Purchase
The book was slightly damaged upon arrival, otherwise it’s pretty much how I expected.
Read more

3.0 out of 5 stars It was alright, though it could have been better.
By Rachel on 1 April 2021
The book was slightly damaged upon arrival, otherwise it’s pretty much how I expected.
Images in this review

E. A. Solinas
TOP 500 REVIEWER
3.0 out of 5 stars I choose to believe in myself!
Reviewed in Australia on 27 February 2018
Small warning: I have never played Minecraft, so any in-jokes or highly specific references are going to go straight over my head.

But the name "Max Brooks" was enough to get me interested in "Minecraft: The Island," the first official novel based on the popular sandbox video game. This book literally feels like what would happen if a hapless human being -- who is kept something of a blank slate -- was transported into the world of Minecraft and had to fumble his way through surviving there. It's not a spectacular story on its own, having not much of a plot, but Brooks' nimble writing keeps it light and fun.

A nameless protagonist wakes up in the middle of the ocean, and manages to find his way to a nearby island... only to discover that the sun is now a square, the clouds are rectangles, and he himself has become a blocky humanoid. Unsurprisingly, he freaks out. But the necessity of survival arises, and the protagonist begins learning how this strange pixelated world works -- how to get food, interact with animals, craft different items, and keep himself safe from zombies. Oh yes, did I mention there are zombies?

And those are only the beginnings of his woes -- he has to deal with strange Creeper creatures that nearly blow him up, giant spiders, skeleton archers, and more zombies attacking every night. And at the same time, he has to accomplish all of what human beings have created throughout the ages (weaponry, agriculture, fire, mining, etc) in his ongoing efforts to keep himself sane, safe, fed and comfortable.

This is not a book to get if you are a Minecraft virgin, as I discovered when I had to do some research on Wikipedia to understand what the creeper was. Rather, this a fantasy for Minecraft players about actually LIVING as your character for a time as you build your little world. It doesn't have much of a central plot besides that -- it's just about living on a weird deserted island full of monsters and farm animals, and learning the rules that will allow you to survive there (like building a workbench).

As such, Minecraft Protagonist is kind of a blank slate -- we and he do not know how old he is, where he comes from, what his name was, or anything else about him. All we know about Minecraft Protagonist is that he's highly excitable, kind by nature and a fast learner ("’Cause thanks to my new method, the Way of the Five P’s, I’ve just kicked the Stone Age into the Iron Age!”). Plus his best friend is a cow named Moo. There's something endearing about his earnest, enthusiastic survival methods.

A lot of that endearing quality is due to Brooks' writing. Since there's little plot and the main character is a blank slate, it falls to Brooks to keep the reader invested -- and he doesn't shy away from any aspect of the story, including the fact that everything is in blocks and cubes ("If you have two cubes of water and you put them three blocks apart..."), or the oddly disturbing scene where Minecraft Protagonist kills a bunch of chickens. His writing is nimble and funny, with a lot of Minecraft Protagonist talking to himself or other creatures ("Get back here and get in my furnace!”), but he knows how to yank on those heartstrings at times (Minecraft Protagonist trying to save his animals from lava).

"Minecraft: The Island" is a wispy idea for a book, and it doesn't have much plot, but Max Brooks' energetic, quirky writing style is more than enough to keep readers glued to the page. If nothing else, read it for his writing.

The M.C was a very curious, happy, determined... but stupid charater in my eyes... not knowing how to build a sword until the middle of the book? I learnt in a day (a Minecraft day)!!! I love how he eventully gets the skill of survival throughout this book. I give tht a 2 star >w<

I also RELLY love the way the character is alone. Not on multiplayer, not on a server, just... alone. Also the fact that the M.C had NO IDEA where he/she was. Its like... your account's character for Minecraft's mind is erased for every new world. Its very funny (in my opinion) when he/she realised that the world was blocks and started freaking out XD. This gives the book 1 star >.<

I love the way the book has AMAZING description of places, I could really see them! So well I drew it whilee getiing the details!!! The way this book is written is beautiful! So... correct!! This book symbolizes a correct (and incredibly long) narrative! That gives this book another 2 stars >·<

All the stars together make this book hav a 5/5 star rate!! Well done!!

Amazon Customer
3.0 out of 5 stars I play minecraft still in 2019 yes i do
Reviewed in Australia on 25 April 2019
Ok so i play minecraft on a multiplayer server called hypixel ip is hypixel.net but any way i am a 479 star lul and u probally dont know wt thyat means but u get 1 star per every 5k exp so ive played alot xD personally i dont know why i am doing this well prob just cs im bored lul have a great day/night.
Read more
Helpful
Report abuse
See all reviews

14ars17
3.0 out of 5 stars Very hard book to read - even for an adult!
Reviewed in the United Kingdom on 21 November 2018
Verified Purchase
A Minecraft novel is a great idea to create a fictional story based on this game that many children enjoy playing. However this book is written in a very hard going and complex way making it quite difficult to read. The author seems to have missed the fact that a child is their target audience and may not have genius reading abilities. The print size would suit age 10+, the vocabulary used at least 12+, sentence construction and complexity more adult level. I found the descriptive language that was used more resembled what you'd find in a gory/horror novel. It was too much for a book where the theme (Minecraft) is of interest to a child. I ended up reading this to my 9 year old average ability child and still found it a tough read myself. This author was the wrong choice for a Minecraft novel. The game is child friendly but this book definitely is not. If I'm honest I'd not even read an adult book by this author who doesn't write in a way that absorbs you into the book. It's more like a reading test of complicated words than a book you can enjoy following the story. Such a shame as we had high hopes for this book.
Read more
21 people found this helpful
Report abuse

Al
5.0 out of 5 stars Great
Reviewed in the United Kingdom on 4 August 2017
Verified Purchase
My grandson (tenth birthday coming up next month) put down all of his electronic gadgets and dived straight into this when I gave it to him.
He tells me that it is great.
Read more
24 people found this helpful
Report abuse

Traffic
5.0 out of 5 stars My 13-year-old son loves this book.
Reviewed in the United Kingdom on 1 August 2019
Verified Purchase
I brought this book for my 13-year-old son after he asked me if I could get it for him. He's recently got into Minecraft, and I like to encourage him to read, and so I got it for him. When it arrived he eagerly started to read it, and he's almost halfway through it, and told me it was "sick" (which, oddly, in the language of 13-year-old boys means it's great). Intrigued I started to read it yesterday when he was out with his girlfriend, and I have to say it's a great book. I have been playing Minecraft myself with my son and I really have no idea how to play it. This book is written as if though the game is a real life event. The narrator wakes up in this crazy square shaped world where everything is created of blocks. Two reasons I like this book: 1). Easy to read language with no swearing - just what I want my son to read, and 2) if you are new to Minecraft this book is almost like a playing guide but win the form of a story. It's actually a book that keeps you reading "just one more chapter."

germanefficiency
5.0 out of 5 stars Incredible quality and brilliant idea…
Reviewed in the United Kingdom on 3 June 2018
Verified Purchase
I understand Mrs. Dyers' (1 star) and AH's (2 star) points, but really this book was a absolute find. As a fan of Minecraft, I naturally searched for Minecraft-related books to read, and I found this. Honestly, you do NOT know what you're missing. I have read other Minecraft books befor, and none were even CLOSE to being as good. I give you my word on that.

Laura
5.0 out of 5 stars Incerdible
Reviewed in the United Kingdom on 18 August 2017
Verified Purchase
Very good book, just as good as Max Brooks' last two, which are fab. Very clever ending. Would recomend to anyone who knows of Minecraft.
Read more
12 people found this helpful
Report abuse
See all reviews
Back to top
Get to Know Us
Make Money with Us
Let Us Help You
And don't forget:
© 1996-2021, Amazon.com, Inc. or its affiliates