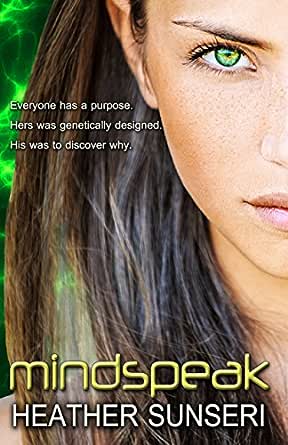 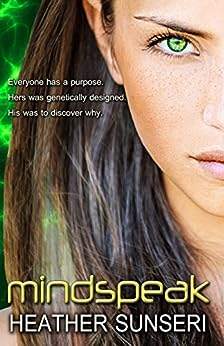 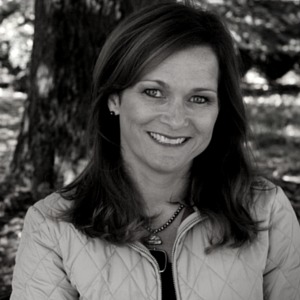 Heather Sunseri was raised on a tiny farm in one of the smallest towns in thoroughbred horse country near Lexington, Kentucky. After high school, she attended Furman University in Greenville, South Carolina, and later graduated from the University of Kentucky with a degree in accounting. Always torn between a passion for fantasy and a mind for the rational, it only made sense to combine her career in accounting with a novel-writing dream. Heather now lives in a different small town on the other side of Lexington with her two children, and her husband, Mike, the biggest Oregon Duck fan in the universe. When she's not writing or working as a CPA, she spends her time tormenting her daughter's cat, Olivia, and loving on her son's Golden Retriever, Jenny. MINDSPEAK is her first published novel. --This text refers to the paperback edition.

4.2 out of 5 stars
4.2 out of 5
871 global ratings
How are ratings calculated?
To calculate the overall star rating and percentage breakdown by star, we don’t use a simple average. Instead, our system considers things like how recent a review is and if the reviewer bought the item on Amazon. It also analyses reviews to verify trustworthiness.

Kay Mack
TOP 500 REVIEWER
5.0 out of 5 stars Wow!!! Brilliant Book!!!
Reviewed in Australia on 16 December 2018
Verified Purchase
What a fantastic, innovative, mind catching book. The storyline catches the imagination and pulls you instantly into this world where young people have been cloned and genetically modified. Each character is portrayed beautifully and there is plenty of action as the young people battle for control and understanding of their individual gifts while trying to evade the bad guys. Loved every word!!!
Read more
Helpful
Comment Report abuse

Tes
4.0 out of 5 stars Interesting
Reviewed in Australia on 21 February 2019
Verified Purchase
A bit typical in the beginning, but pulls out all the stops later on. Interesting take on meddling scientists and the consequences.
Read more
Helpful
Comment Report abuse

susan Shaw
4.0 out of 5 stars Good read
Reviewed in Australia on 27 May 2017
Verified Purchase
Kept you guessing all the way through I enjoyed this book, I look forward to reading the rest of the books in this series.
Read more
Helpful
Comment Report abuse

Jay
3.0 out of 5 stars A slow read that can be frustrating, but if it's still free you might as well pick it up in case you enjoy it
Reviewed in the United Kingdom on 14 September 2016
Verified Purchase
My feelings on this book are quite hard to pin down; on the one hand, I feel it does a lot of things right that other YA novels miss, but it also messes up on some aspects where I don't think it needed to.

First, the good. One thing that this book does very well is the overarching sense of confusion and mistrust. There are a lot of characters in the mix that, for the most part, are well handled and kept separate enough to not get them mixed up. As each new character is added, and throughout the book, like Lexi, the reader finds it hard to judge how much each person can be trusted -- some who seemed innocent turn out to be the most dangerous, and those that seem dangerous turn out to be innocent. I also enjoyed that Lexi didn't immediately trust Jack, despite liking him and though he kept telling her he was looking out for her -- all too often in YA books, I find that the main character is far too willing to buy words that an attractive boy says. It felt much more realistic, both as a result of the plot and in general, that Lexi wasn't willing to give him all the information she had (though it was highly limited).

This leads me to one of the things that irritated me slightly about the book. This book took me a little while to read, and it felt very slow going while doing so (as a normally fast reader, I was surprised at how long it felt it took for me to get to the second half of the book), and eventually I realised it was because most of the tension and what was stopping the plot from moving forwards was the completely unnecessary withholding of information. Jack continually told Lexi that he was going to tell her everything, but when the situation arose he always decided that she was not actually ready. It was very frustrating to know that the information was available and that Jack, for some reason, just would not give it -- and then he expected Lexi to just tell him everything /she/ knew when he'd told her almost nothing!

Next, as in many YA novels, there were several turns of phrases that left me rolling my eyes. This also happened whenever Jack's amazing pectoral muscles were mentioned. There was also a moment where I believe the author accidentally used the wrong character name (the section where Danielle is trying on the dresses, it mentions that Lexi threw the dresses on the bed, when as this book is written in first person, Lexi's name shouldn't have been in the prose), though this is not a huge mistake as any author/editor can miss a word here or there.

As others have written, there's also the fact that the ending is very much sequel bait. Beyond this, I imagine a lot of the next book would also be very frustrating because of information that the reader has but Lexi no longer does, based on the ending of this book. I can't say for certain though, as the author could handle it well.

However this book was free when I got it, and other people have given it good reviews, so on the off chance you might like it, it might be worth taking the offer now

Kelly McFarland
5.0 out of 5 stars Interesting read
Reviewed in the United Kingdom on 2 August 2020
Verified Purchase
Downloaded to read on holiday. Has a suspense filled plot which keeps you guessing about who can and cannot be trusted. The main protagonist feels a little naive to start with but her character and strong willed characteristics appear more as the story progresses.
Read more
Report abuse

Gerry Barnes
4.0 out of 5 stars It’s worth a read.
Reviewed in the United Kingdom on 4 January 2020
Verified Purchase
It does need editing, however the story line is interesting, although the heroine sometimes seems a bit ‘thick’ considering her evolved Brain, and needs constant reassurance. I can’t face the second book just now, but have added it to my list for another time.
Read more
Report abuse

Herbie
5.0 out of 5 stars Enjoyable read
Reviewed in the United Kingdom on 8 August 2017
Verified Purchase
Told from Lexi's POV, the storyline is intriguing so it's difficult to put down. The characters are likeable however you couldn't feel their deep emotions and the romance was immature . The characters felt younger than College age. It did end on a cliffhanger and although the books are all out I won't be rushing to buy them due to the cost. This first book was free to download and worth the read. Recommended
Read more
One person found this helpful
Report abuse

S Meade
2.0 out of 5 stars Editing required
Reviewed in the United Kingdom on 9 June 2015
Verified Purchase
I bought this book because I was intrigued by the premise. However, while the plot hung together pretty well and kept me engaged, the writing needed some attention. A good editor would have picked up on the overuse of gestures such as running hands through hair, which made me roll my eyes once I'd reached the halfway point of the book. I kept going because I wanted to find out what happened but almost put the book down the further I read. There were also some clumsy references to religion that didn't sit well with me.
Read more
2 people found this helpful
Report abuse
See all reviews
Get FREE delivery with Amazon Prime
Prime members enjoy FREE Delivery and exclusive access to movies, TV shows, music, Kindle e-books, Twitch Prime, and more.
> Get Started
Back to top
Get to Know Us
Make Money with Us
Let Us Help You
And don't forget:
© 1996-2020, Amazon.com, Inc. or its affiliates