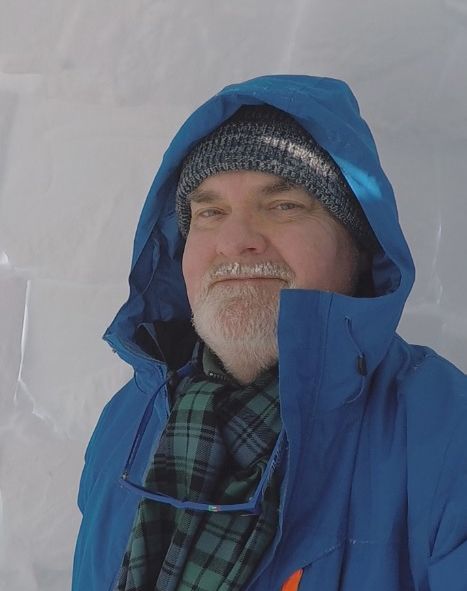 by George Tombs (Author)
5.0 out of 5 stars 2 ratings
See all formats and editions
Sorry, there was a problem loading this page. Try again.

View our curated selection of business and self improvement titles.
Explore best sellers Shop now.
Start reading Mind the Gap: A Novel (Evidentia Originals Book 1) on your Kindle in under a minute.

George Tombs is a Montreal-based author, translator, and film-maker. For 25 years, he worked as an award-winning journalist reporting from six different continents for newspapers, radio, and television. After spending six years running a medical research organization and seven years as a university professor, he now devotes his time to publishing hybrid creations on multimedia platforms, on the themes of health, justice, and the environment.

M Lundsten
5.0 out of 5 stars Montreal Mashup
Reviewed in the United States on 3 September 2019
Verified Purchase
People say that Cinderella is everyone’s favorite story, whether we know it or not. Motherless, treated poorly, and neglected by her father, a girl perseveres against one obstacle after another until she prevails and finds happiness, or at least has a shot at it. How much of her success is due to her own perseverance, and how much to a fairy godmother and a certain prince remain matters of debate. But no matter where you stand, we all root for her success. We’re on her side.

So do we root for a similar character, Richard Grey, the hero of George Tombs’ coming-of-age novel “Mind the Gap.”

“By the time I was seven, my mother Augusta had gone away … (and her) image… merged with the waters flowing by our house. I would often go down by the riverbank and sit on my favorite rock, Grosse Pierre, so I could talk to her alone.”

A boy, abandoned by his mother and all but ignored by his largely absent father, Richard struggles for years in his search for self-understanding, and of course, a good job and some romance. Along the way, he is afflicted, advised, harrassed, comforted, and confused by eccentric friends and family, sadistic boarding school teachers, oddball editors and doctors, menacing cats, a goose, a gas mask, a sexy, supernatural girlfriend who glows in the dark and a sexy human one with digestion issues, and more. The story of Richard Grey’s odyssey of growing up is always entertaining, and often extravagant, goofy, and weird.

This novel is a mashup of memoir, shaggy dog story, dreamscape, slapstick, satire, romance, poetry, and philosophy. With the addition of music, sound, and voices in the audiobook, the author also turns it into a pastiche of an old radio play.

Many of the characters and places have eccentric, often outlandish names: Colonel Ramshackle, the headmaster at Dystopia High School, Mr. Blather, the History teacher, Uncle Jebediah, Grandmother Grieve, Goodenough the clown, and Snotty Smithers, to name a few.

The audiobook adds a distinctive voice to each of them. Music weaves through the narrative. A lovely soprano bookends each chapter with a melancholy refrain. Sound effects complete the picture: cats meow, doors creak, and tires squeal. The overall effect of the audio is compelling, and fitting to the universe of Richard Grey.

Whether you read the book, or listen to the audiobook, or some combination of the two, you’ll be on Richard’s side.
Read more
Report abuse
See all reviews
Back to top
Get to Know Us
Make Money with Us
Let Us Help You
And don't forget:
© 1996-2021, Amazon.com, Inc. or its affiliates