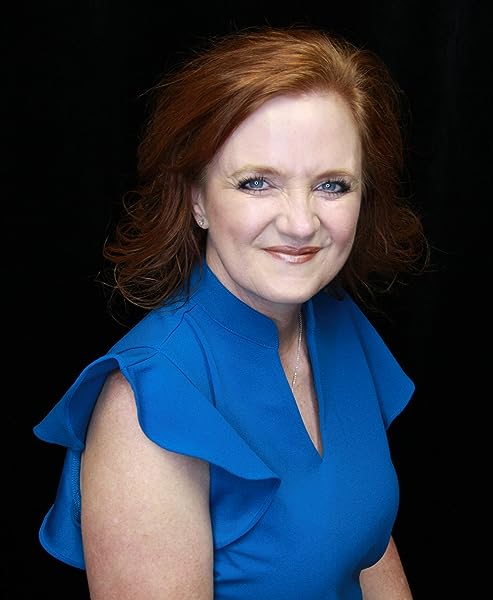 Releases January 7, 2021. Pre-order The Fast 800 Easy now with Pre-order Price Guarantee.
If the Amazon.com.au price decreases between your order time and the end of the day of the release date, you'll receive the lowest price. Order now
click to open popover
Tell the Publisher!
I’d like to read this book on Kindle

Cara Colter shares ten acres in British Columbia with her real life hero Rob, ten horses, a dog and a cat. She has three grown children and a grandson. Cara is a recipient of the Career Acheivement Award in the Love and Laughter category from Romantic Times BOOKreviews. Cara invites you to visit her on Facebook!

Kate Hewitt has worked a variety of different jobs, from drama teacher to editorial assistant to church youth worker, but writing romance is the best one yet. She also writes short stories and serials for women's magazines, and all her stories celebrate the healing and redemptive power of love. Kate lives in a tiny village with her husband, five children, and an overly affectionate Golden Retriever.

Amanda McCabe wrote her first romance at sixteen – a vast historical epic starring all her friends as the characters, written secretly during algebra class! She's never since used algebra, but her books have been nominated for many awards, including the RITA Award, Booksellers Best, National Readers Choice Award and the Holt Medallion. In her spare time she loves taking dance classes and collecting travel souvenirs. Amanda lives in Oklahoma. Email her at: amanda@ammandamccabe.com

Elizabeth Bevarly is the award-winning, nationally number one bestselling author of more than seventy novels and novellas. Her books have been translated into two dozen languages and published in three dozen countries. An honors graduate of the University of Louisville, she has called home places as diverse as San Juan, Puerto Rico and Haddonfield, New Jersey, but now resides back in her native Kentucky with her husband, her son, and two neurotic cats (as if there were any other kind).

Janice Lynn has a master's in nursing from Vanderbilt University and works as a nurse practitioner in a family practice. She lives in the southern United States with her Prince Charming, their children, their Maltese named Moxie; and a lot of unnamed dust bunnies that have moved in since she started her writing career. Readers can visit Janice via her website at: www.janicelynn.net

3.2 out of 5 stars
3.2 out of 5
3 global ratings
How are ratings calculated?
To calculate the overall star rating and percentage breakdown by star, we don’t use a simple average. Instead, our system considers things like how recent a review is and if the reviewer bought the item on Amazon. It also analyses reviews to verify trustworthiness.

Searchfamilies
2.0 out of 5 stars Don't waste your money
Reviewed in the United Kingdom on 27 August 2017
Verified Purchase
I read this on the kindle

The 1st book was okay but not that great, about Angie who being stalked goes on the run & becomes housekeeper to the Jefferson who is a widower only mention Christmas as to what his grandparents did then at the Epilogue

Mrs. Barbara F. Benn
4.0 out of 5 stars Four Stars
Reviewed in the United Kingdom on 9 September 2017
Verified Purchase
Good value, some of the stories were good where others were atad boring but well worth the money
Read more
Report abuse

Kindle Customer
4.0 out of 5 stars Four Stars
Reviewed in the United Kingdom on 9 April 2018
Verified Purchase
I liked this, I like most Mills and Boons books
Read more
Report abuse
See all reviews
Get FREE delivery with Amazon Prime
Prime members enjoy FREE Delivery and exclusive access to movies, TV shows, music, Kindle e-books, Twitch Prime, and more.
> Get Started
Back to top
Get to Know Us
Make Money with Us
Let Us Help You
And don't forget:
© 1996-2020, Amazon.com, Inc. or its affiliates