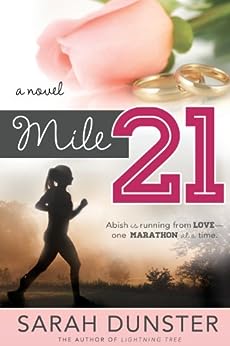 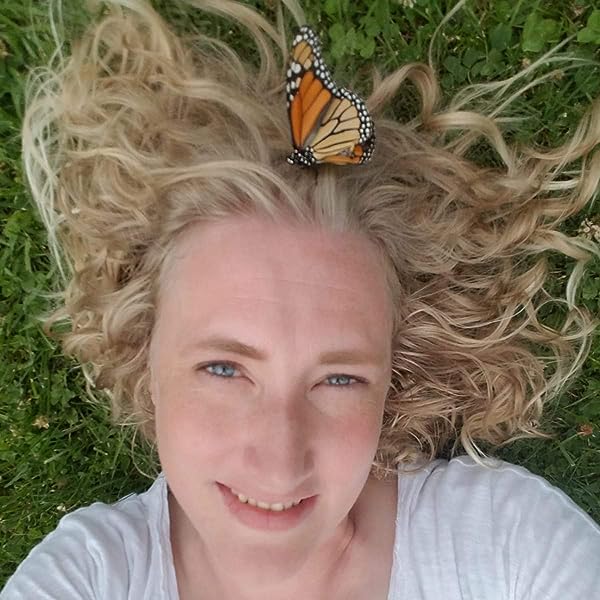 Bret Downing
5.0 out of 5 stars Romance that Keeps It Real
Reviewed in the United States on 12 December 2013
Verified Purchase
I read one romance a year. Its not my favorite genre, but I like to sample each genre with regularity. This year, I picked up Mile 21 by Sarah Dunster because I'd heard good things about her writing. And I'm happy that this was the novel I selected.

I tend to like realistic fiction and, maybe its a prejudice I have, but I don't tend to think of romances as all that realistic. I don't know. Something about heaving bosoms and longing glances just doesn't do it for me. But Mile 21 is a very "real" novel about the emotional upheaval a very young, LDS woman experiences a year after the passing of her equally young husband. Set definitively in the Mormon culture--more specifically, the Rexburg/BYU-Idaho culture--the novel digs deeply into Abish's personal struggle to bring new meaning to a life that has so dramatically been redirected. But it also steps into the sometimes difficult realm of faith conflict. After all, Abish and her husband were married for time and eternity in the Temple of the Lord, which, according to LDS doctrine means that she remains married in the hereafter even though she hasn't a living husband. From Abish's point of view, losing a husband is akin to being relegated to a life of not only loneliness, but aloneness.

Other reviewers have commented that Abish seemed brash and immature early in the book, but this was a brilliant device used by the author that sort of sets the reader up to judge Abish, much the way other characters in the book judge her. So the journey toward acceptance is not only Abish's, but the readers'. The characterization is quite strong and I was particularly impressed with the way the author captured the protagonist's relationship with her parents. Dunster brought her readers carefully toward understanding the complexity of that relationship as well.

In a nutshell, this book made me cry, made me laugh, and kept me reading. In my opinion, the cultural setting is not one that will be readily understood by people who are not familiar with the LDS religion or comfortable with the culture (especially it's quirks) and doctrine. In fact, it might be downright annoying if a reader does not share the view that marriage is eternal, simply because that belief is the motivation for some of the insensitive antics of Abish's roommates, behaviors that Abish does (and does not) react to. The book is entirely faithful to LDS teachings and is as clean as clean can be. Some might find the resolution Abish reaches with her faith inconclusive, but it seems realistic to me that a young LDS woman would eventually find a way to move on without really having all the answers. That is, after all, what faith is.

I considered knocking the novel down a star (really a half star, but they don't let us do that) because I do think the hunky love-interest became such a tad bit late, not that that effected the pacing. Truly the book held my interest and I read it in two sittings. In fact, once I really thought about it, I decided I liked that the get-together-at-last part of the story began a little later than I expected. Why? Because this novel isn't *only* about the romance. In fact, maybe it'd be fair to say the romance isn't its purpose, but rather a happy side effect. This is realistic novel about a young woman in a really tough situation, struggling to keep her faith aligned with the notion of eternal families. Its was very worth my time and I'll be reading Sarah Dunster again.

P. Bothwell
5.0 out of 5 stars Not a light-hearted romance, but a WONDERFUL book
Reviewed in the United States on 9 March 2014
Verified Purchase
I don't think anyone could write about the kind of pain Sarah Dunster's character Abish experienced without at least experiencing it, and definitely without having an amazing gift with words. Tears were streaming down my face for most of the first part of the book. It was wonderful to experience the trials Abish had, because, just like she learns in the book, that made the last chapters that much sweeter.

This is written, imo, for a Latter-day Saint audience, but the feelings Abish had at the death of loved ones are universal. I highly recommend this book.
Read more
One person found this helpful
Report abuse

StaceySakerra84
5.0 out of 5 stars If you are struggling getting through the death of a family member or friend, this book will help. I loved it!!
Reviewed in the United States on 19 April 2014
Verified Purchase
I loved this book!!

It was much longer than I initially expected because the plot was so well developed.

I loved how realistically the author portrayed both Abish and Bob's grief and learning to cope with their very unique situations. As a YSA myself, I am acutely aware of how other YSA's portray church members with kids who've been divorced/widowed in their early twenties. It is very unfair and often un-Christlike.

I am definitely looking forward to reading another book written by this author!!
Read more
One person found this helpful
Report abuse

strawberryfields
5.0 out of 5 stars Brought laughter and tears
Reviewed in the United States on 15 April 2014
Verified Purchase
This was a cathartic book for me. It deals with the question that has always bothered me, what to do in the case of a young widow who is already sealed? Abish's story cut me to the heart and made me wonder how I would function if I were in her shoes. Despite the inevitable sadness, this book has a lot of wit, humor, and romance. It is well written, clean, has great characterization, and is overall very uplifting-- I've already re-read it several times. I don't purchase many books in paper form, but I'm adding this to my collection because I know I'm going to want it on hand to recommend to others. We'll done Sarah Dunster!
Read more
One person found this helpful
Report abuse

Barbara
5.0 out of 5 stars Sweet and poignant
Reviewed in the United States on 1 February 2014
Verified Purchase
Having just lost my husband of 21 years before I read this book, I found it to be sweet, true, and poignant. It also points out the need of each individual to live life to the fullest, knowing that your eternal companion would want that for you.
Read more
One person found this helpful
Report abuse
See all reviews
Back to top
Get to Know Us
Make Money with Us
Let Us Help You
And don't forget:
© 1996-2021, Amazon.com, Inc. or its affiliates