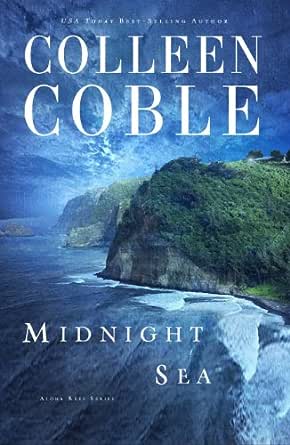 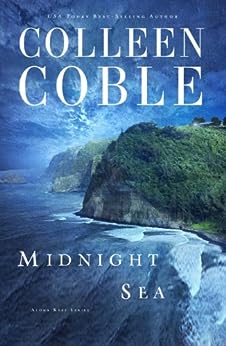 4.7 out of 5 stars
4.7 out of 5
71 global ratings
How are ratings calculated?
To calculate the overall star rating and percentage breakdown by star, we don’t use a simple average. Instead, our system considers things like how recent a review is and if the reviewer bought the item on Amazon. It also analyses reviews to verify trustworthiness.

lise laberge
5.0 out of 5 stars Five Stars
Reviewed in Canada on 12 July 2015
Verified Purchase
I have now read the whole serie and I loved it!
Read more
Report abuse

Cy B. Hilterman
5.0 out of 5 stars Terrific Hawaiian mystery
Reviewed in the United States on 9 July 2008
Verified Purchase
I had read another book, Alaska Twilight, written by this author. I doubted that "Midnight Sea" could be as terrific a book as the former. I was wrong! Colleen's way of telling a story couldn't be any better in keeping a reader glued to the pages. The story locale is Hawaii in the midst of the many coffee plantations. Leilani Tagama, known as Lani, is the featured girl in the book. Lani has a terrible accident that leaves her blind and prevents her memory from seeing who she had seen murder a good friend. Lani had always been a very active person and she could not imagine how she could live a decent life without her sight. In her previous years Lani had been very loose in her many romances with men. She had recently turned to God to get her life in gear and now could not understand why God allowed this blindness to occur.

Ben Mahoney had taken on training guide dogs to assist those that had lost their sight to live a much better life. At this time he was training a two-year old golden retriever and "Fisher" was doing quite well. He was almost ready to help those in need of his services. While in training, Ben and Fisher had run into Ben's former police partner, Yoshi Tagama, a cousin of Lani's. Yoshi requested the help of Ben and a guide dog for Lani. Ben wasn't sure that Fisher was ready for active work yet but finally gave in and told Yoshi he would take Fisher to Lani to see how it would work out. His hesitation was further enhanced knowing Lani's past reputation as being too free with the men but realized Lani needed help with her total blindness.

Ben's brother, Ethan and wife, Natalie, are almost always spaced out on alcohol, leaving their adorable daughter, Meg, without caring parents. A boating accident takes the lives of Ethan and Natalie but somehow Meg survived in her life vest. The accident also exposed criminal activity taking place in the area. Ben and Lani then cared for Meg.

The story continues as it brings Ben and Lani closer together through Meg and their feelings for each other even though they did not express those feelings to each other. Lani's life was at risk because the killer felt Lani had seen him before her sight was lost and would someday remember who he was. Lani and Fisher made a great team as they adjusted to life together and Lani grew so attached to him that she told Ben she could never give up Fisher even if she regained her sight, which she felt she would some day.

Yoshi stayed as close to Lani and Meg as he could but he had other police work to do and could not spend every hour protecting them. Lani had several attempts on her life and her senses had saved her along with her friends being on the alert constantly. She even got to the point where she could distinguish by feel the ripe coffee beans and helped in the picking with Meg sometimes at her side and other times with friends and family watching Meg. Meg loved gum and everyone knew that fact as she insisted loudly that she wanted some gum!

The Christian atmosphere all through the book stand out especially well as Lani sometimes wonders why God let all these thing happen but then realized that God had done so many good things for her too. Midnight Tea is a page-turner that is extremely hard to put down. The reading is easy but pleasant and certainly not boring. There are no slow sections to bog you down. I highly recommend it.

Jennifer Berry
5.0 out of 5 stars Fraught with Danger and Suspense
Reviewed in the United States on 31 July 2019
Verified Purchase
I enjoy the Hawaiian setting, the danger, and the suspense of this series. The characters have a lot of depth, and the unraveling of details kept me guessing who the villain could be until the thrilling conclusion. I read the previous books in the series quite a while ago, and reading this makes me want to read them again.
Read more
Report abuse

Lynn Hughes
5.0 out of 5 stars Aloha!
Reviewed in the United States on 4 November 2017
Verified Purchase
Another outstanding storyline . Lani, Ben, Fisher and Meg made this a wonderful read. Others like Mano and Annie from the first 3 books are here as well. If you like excitement, mystery and intrigue written with the backdrop in beautiful Hawaii then this is the book for you.
It's also written with a Christian perspective.
Read more
2 people found this helpful
Report abuse
See all reviews
Get FREE delivery with Amazon Prime
Prime members enjoy FREE Delivery and exclusive access to movies, TV shows, music, Kindle e-books, Twitch Prime, and more.
> Get Started
Back to top
Get to Know Us
Make Money with Us
Let Us Help You
And don't forget:
© 1996-2020, Amazon.com, Inc. or its affiliates