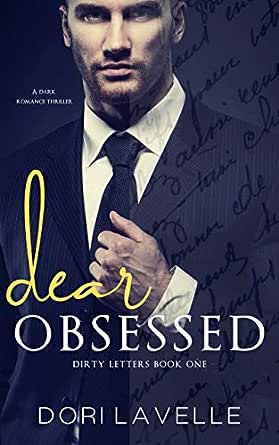 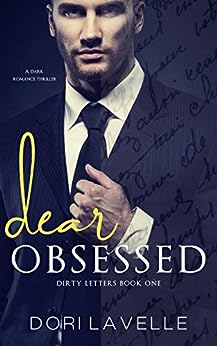 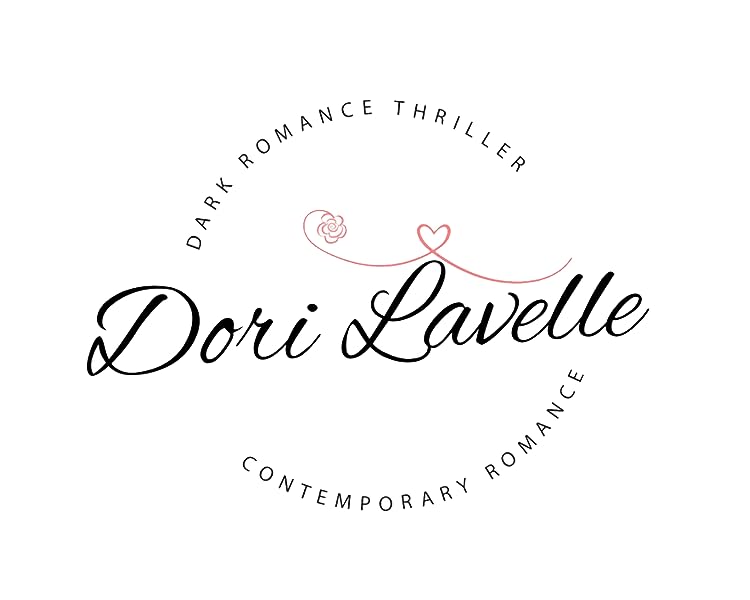 4.2 out of 5 stars
4.2 out of 5
50 global ratings
How are ratings calculated?
To calculate the overall star rating and percentage breakdown by star, we don’t use a simple average. Instead, our system considers things like how recent a review is and if the reviewer bought the item on Amazon. It also analyses reviews to verify trustworthiness.

Romaine Heart
5.0 out of 5 stars Dark, twisted, mindblowing!
Reviewed in Australia on 16 April 2019
Wow! I'm speechless! Mindblowing!
Dear Obsessed is a dark romance with a twist.
Ivy is a lonely soul who is tired of the limelight. Venturing out to attend college with her best friend against her mother's commands.
When dirty love letters are found belonging to a former student, the girls can't help but read them. Ivy's heart and soul is immediately drawn to the words that wrap around her heart and body.
Judson and Ivy secretly become pen pals. Their love intensifies. Him making promises to be with her soon. But how? He's accused of murder?
The cliffy is jaw dropping but by then you are hooked!
Dori Lavelle is a new author to me. Can't wait to read more of her books!!

I actually expected something totally different regarding the letters which was one of the reasons why I had a hard time getting into the story.
The storyline was interesting but everything moved so fast that it felt too unreal and I couldn't keep up with it. I wasn't really into it but the suspension grew closer to the ending.
Ivy was careless and threw herself without thinking onto the letters and the stranger who wrote them like they were her life and the air she breathes. She acted like a 16 year old rebellious teenager because she did everything she was told not to do.

The Story:
Ivy is a student that finds love letters in her dorm room. Even though she first feels like intruding someone else's privacy she can't stop herself from reading the letters. With each letter she's reading, she gets more and more curious about who wrote them. Though after some digging around and finding out about the secrets behind those letters and the person who wrote them, she wants to know more despite the warnings of people telling her to stay away from it.

Thoughts:
The writing wasn't bad but the characters annoyed me and it wasn’t just the main character but all of them. Ivy was reckless and really obsessed with this man she didn’t know at all and he really creeped me out.
I missed the depth and meaning of this story that wasn’t even dark but just touched the thriller genre.

Given the chance I would still like to continue reading this story because I believe that once diving into it, it will get better since now I know in some degree what to expect from it and I am a curious person and really need to know how all of this unfolds.
Read more
One person found this helpful
Helpful
Comment Report abuse

LJ Knox
5.0 out of 5 stars A Great 5 star read!
Reviewed in Australia on 27 September 2016
What a great start to the series and I will say I'm chomping at the bit for book two. When this arrived on my kindle, I thought I'd just read the prologue as I had a busy day ahead. HAD being the operative word as I didn't just stop at the prologue, no no no I stopped at the 'End of book one'! I was hooked and totally gutted when I got to the end.I won't go into the story too much as I wouldn't want to spoil it, but I was intrigued when I had read the blurb, and was not disappointed.

I love Ivy and I really felt for her and the life her mother expected her to lead. Her mother made a fortune from Ivy's beauty and from a young age she entered her into beauty pageants etc, this didn't stop until Ivy decided she didn't want this life anymore. She wanted to be normal, so with a promise to her dying father, she left her selfish mother and went to Uni. When she and her room mate Chelsea have to move rooms because of a flood, they find some letters left by the previous student. Disturbed - moved - turned on - distracted by the content of these letters Ivy feels compelled to do something about them. Ivy has been warned against the writer of these letters and to forget all about them. But will she? Can she?

I let you find out for yourselves. This story gave me nervous butterflies and I still have them now whilst writing this review. I really can't wait for the next installment, I do hope it won't be long!
I read this on behalf of A Book Lovers Emporium
Read more
Helpful
Comment Report abuse

This was the first Dori Lavelle book so I went into it not knowing what to expect. The blurb sounded like something I had never read before so it drew me in. Just be warned that this ends in a cliff hanger. The story line isn't like anything i’ve read before, I normally stay away from psychologically challenging books like this, I prefer a different genre but that doesn't mean I didn’t like it. The story line was intriguing but some things that happened with the plot twist weren’t entirely believable. I’m still not entirely sold on the chemistry between Ivy and JD, maybe this will change with the next instalment. JD is a character that you won’t want to like but you might find yourself falling for him.

This plot is really original and I liked it. I’m looking forward to see where things go.

Kay
5.0 out of 5 stars Amazing start to a series
Reviewed in the United Kingdom on 7 January 2020
Verified Purchase
What a book ! I could not book it down was completely sucked into the story ! Ivy and her mystery man who she knows better than to pursue but I suppose it was her willingness and curious mind that makes the story take the turns .
As she gets deeper into a secret relationship with this man she barely knows anything about .
I really enjoyed this book and only came across this author as I was intrigued by the cover .. worth a read you will not be disappointed:)
Read more
Report abuse

Amazon Customer
5.0 out of 5 stars Good read
Reviewed in the United Kingdom on 21 December 2017
Verified Purchase
The book is very riveting and a must read even if you are not a fan of dark lit. I can’t wait to read the next book
Read more
Report abuse

Amazon Customer
3.0 out of 5 stars Coldn't get intp it
Reviewed in Canada on 13 January 2017
Verified Purchase
If after reading the whole book I couldn't get into the characters or didn't fall in love with the hero, it doesn't inspire me to red the second book.
Read more
Report abuse

Andra
5.0 out of 5 stars Hot..Hot...Hot
Reviewed in the United States on 24 March 2017
Verified Purchase
Well I must say….Ms. Lavelle has done it again!!! Another gripping story and beginning to a new series. Throughout the journey of what is Midnight Scent I was both intrigued and frightful of where the story was going. I won’t go into too many details as one needs to read this book themselves (I want to avoid any potential spoilers).

We begin this tale with Ivy trying to leave behind her previous life as a model and is studying to become an Interior Designer. Ivy discovers letters underneath her dorm room bed and begins to read them. They are so compelling that she begins to idolize the writer, Judson Devereux – a man awaiting trial for the murder of Oliver Banes, regardless of the please from her friends to leave well enough alone.

The HOT factor in this tale is beyond ……well, I just don’t have the words for it.

From this auspicious beginning, this reader could tell that the story had its hold on me. I sat down and consumed this book in one sitting…and then went back and read it again! I shall wait with baited breath for the next installment of the Amour Toxique series.
Read more
4 people found this helpful
Report abuse

Sandra's Book Reviews
4.0 out of 5 stars Lovely and well-written. A worthy read.
Reviewed in the United States on 17 July 2019
Verified Purchase
Former model Ivy is looking to forget the past and start over. She moves into a college dorm, where she finds old letters in her mattress. They were love letters to the previous tenant. Words in the letters ignite a passion in her, making her wonder who this guy is.

After getting away from the spotlight, Ivy aches to be a normal girl and get her college degree. She doesn’t want the lame college boys who only want the model she used to be. No, she wants the author of those letters.

She soon finds out that the man used to be a professor of the college and that “Jennifer” was one of his students whom he was having an affair with. The story goes that a fit of jealousy caused a student’s murder, and the professor was the accused and was awaiting trial. How could the hands of a passionate guy be stained with blood?

“He’s a stranger to me in my head, but so familiar to my heart.” (73) The whole world thinks he’s a monster, but Ivy won’t let herself believe it, so she starts writing back to him.

He gets closer and closer to her, reaching her emotionally and sinfully from behind bars. Talk about some powerful words. Letters are erotically charged that it’s enough to make any girl swoon.

The professor turns her on and scares her at the same time. The man is too powerful. The compelling part was trying to figure him out. Was he for real or was he dangerous?

Lovely and well-written. A worthy read.
Read more
Report abuse
See all reviews
Get FREE delivery with Amazon Prime
Prime members enjoy FREE Delivery and exclusive access to movies, TV shows, music, Kindle e-books, Twitch Prime, and more.
> Get Started
Back to top
Get to Know Us
Make Money with Us
Let Us Help You
And don't forget:
© 1996-2020, Amazon.com, Inc. or its affiliates