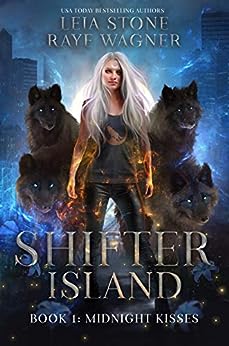 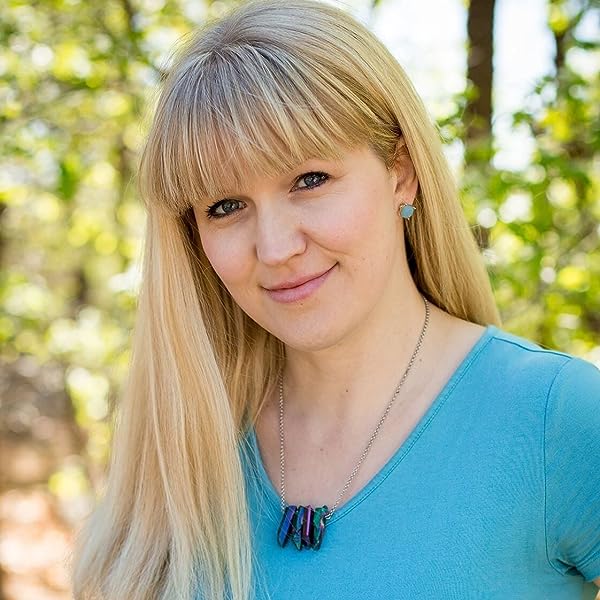 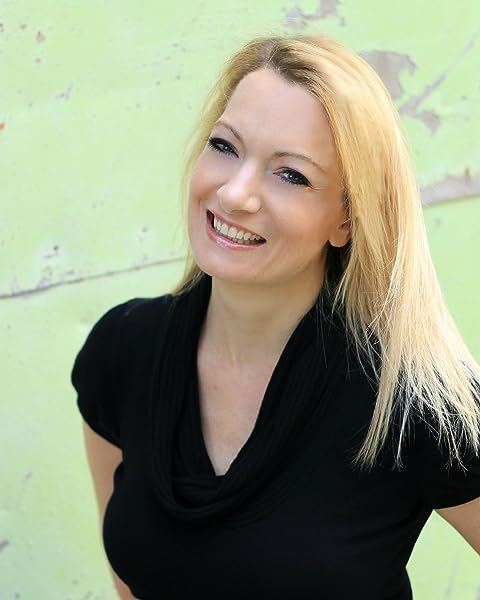 4.7 out of 5 stars
4.7 out of 5
925 global ratings
How are ratings calculated?
To calculate the overall star rating and percentage breakdown by star, we don’t use a simple average. Instead, our system considers things like how recent a review is and if the reviewer bought the item on Amazon. It also analyses reviews to verify trustworthiness.

Nai is the Alpha Heir to the Crescent Clan werewolf pack. Being an Heir Nai will have to attend Alpha Academy on Shifter Island where she will learn to control and use her Elemental Ability. When Nai is summoned a year early and four Alpha Males come to collect her, she has no time to prepare or say proper goodbyes. The four males also happened to be her clans enemies, the Midnight Clan.

I really enjoyed this book, it was a little slow and hard to wrap my head around at the beginning but it picked up and took me on one heck of a ride. There were some very predictable moments, but there was also moments when I was shocked. The dynamic relationships that are made between Nai, Rage, Noble, Honor, Justice, Kaja and the Havest Clan girls was a great and enjoyable thing to witness.

At times I did find Nai to be irritating and a little annoying but you witness her growth and get to see the inner strength that she has. The Midnight brothers, well what can I say about them, they are just fantastic, each and everyone of them just balanced each other out and was a perfect combination. Kaja was just what the doctor ordered in a BFF, she is witty, funny and hilarious sweet.

Be prepared to curse and rage at the authors with the cliffhanger as it tore my heart out and I can not wait to get a hold of book two.

Erin
1.0 out of 5 stars Boring.
Reviewed in Australia on 19 October 2020
Verified Purchase
I honestly wanted to love this book and the blurb was intriguing but the book itself was dull. The characters were boring and couldn’t even be saved by the cliche four hot brothers who pick her up from exile.. The more unique aspects of the book such as world building and creature interactions were glossed over in preference for more boring and utterly predictable dialogue. This book reads young and with constant pop references to make the main character seem blasé or badass really fall sort of anything but annoyance.
Read more
3 people found this helpful
Helpful
Report abuse

Casie
5.0 out of 5 stars Oh My Mage
Reviewed in Australia on 26 September 2020
Verified Purchase
Wow this series has started off with a bang! Nai and her friends are just the best. Nai isn’t one for rolling over she is a take charge kinda girl and knows her worth!. Her mate well he is totally bad ass and his wolf is much nicer than the human. Now throw in the mix the lies and half truths everyone has been told and you have got a hell of a story!

Ladies you have done well and I can’t wait for book 2 since you have left us hanging for more. Thank you xx
Read more
Helpful
Report abuse

Ecstatic_Fantasay
5.0 out of 5 stars Unbelievable
Reviewed in Australia on 1 February 2021
Verified Purchase
This book had everything. It had wolves, shifters of all kinds, kelpies and sirens, mages and elemental magic, romance and tension. And not to mention a BRILLIANT story arc that was brilliantly written. Read this book in 5 hours until 2:40am. Unputdownable. Leia Stone never disappoints and now I'm excited to not only have discovered a new series, but a new author because these two authors did a fantastic job at bringing this story to life. Leia Stone, perfect as always. Raye Wagner, time to go discover more of your works. After reading book 2 of Shifter Island of course
Read more
Helpful
Report abuse

Aroha
5.0 out of 5 stars She sucked me right in
Reviewed in Australia on 17 June 2021
Verified Purchase
I love how These worlds are created so well that you can see and feel it and the authors suck you into worlds and you get caught up in the characters, I'm recommending this series for sure now I'm heading to buy the next one woop.
Read more
Helpful
Report abuse

CJ
5.0 out of 5 stars Great book!
Reviewed in Australia on 30 November 2020
Verified Purchase
This is a great book i highly recommend it Nai is a very independent girl and its mixed with magic so over all this is a great book
Read more
Helpful
Report abuse

Neshjani91
5.0 out of 5 stars Loved it
Reviewed in Australia on 8 October 2020
Verified Purchase
Such a good storyline! Good characters funny & a really good flow , Loved it from start to finish couldnt put the book down!!!
Read more
Helpful
Report abuse

Michelle
TOP 1000 REVIEWER
5.0 out of 5 stars Awesome start to a brand new series!
Reviewed in Australia on 26 September 2020
Nai is a shifter from the exiled Crescent clan, the only pack that doesn't live on Alpha Island.

When she is summoned for training as an alpha a year early, it was devastating to leave her pack and she was filled with anger towards the Midnight Clan, the ones responsible for their fate almost two decades ago.

The hatred aimed at Nai is palpable and she has to go through everything without the support the other clans receive.

I did enjoy this collaboration between Raye Wagner and Leia Stone. It has all the elements I like in a book, a character that pulls at my heart strings, well thought out world building and a storyline that left me guessing.

My only comment would be about the passage of time and Nai referencing other characters like she's known them for a lot longer than she has. However, this issue resolves itself as the story progresses so it didn't stop me from desperately wanting to get my hands on the next book!
Read more
One person found this helpful
Helpful
Report abuse
See all reviews

Lisa
5.0 out of 5 stars Tears, Joy, Laughter; All the Feels!
Reviewed in the United Kingdom on 26 September 2020
Verified Purchase
Midnight Kisses is an absolute rollercoaster of emotion! It follows Nai, the alpha heir of the outcast Cresent Pack, as she goes to Alpha Academy on Shifter Island. Nai falls in with the four Midnight Pack heirs, who are Princes in their world. She discovers a fated mated who will not reveal his identity. Adding to this drama is a spare heir who is determined to oust Nai.
Leia and Raye you have outdone yourselves with this fabulous book and I am waiting with bated breath for instalment number two! Great work!
Read more
2 people found this helpful
Report abuse

Laham87
5.0 out of 5 stars This book is unreal!!!
Reviewed in the United Kingdom on 28 February 2021
Verified Purchase
Nai and her world was changed in a moment and all the events since will have you on the edge of your seat not wanting to miss a minute of it!!

This book is unique, exciting, action packed and a fantastic read! There is SO much going on that your head will spin with questions and revelations and I NEED to know what happens next!

Excited to read more as that ending has me shook!

A MUST READ!!
🌟🌟🌟🌟🌟
Read more
One person found this helpful
Report abuse

Kindle Customer
5.0 out of 5 stars Wowzers
Reviewed in the United Kingdom on 28 September 2020
Verified Purchase
What a whopper of a story crikey i was on the edge of my seat reading this... did not see that coming at all not the who the attacker was or who the bad guys were working with blimey i feel exhausted now that last chapter had me crying so sad
Read more
2 people found this helpful
Report abuse

Lyns
5.0 out of 5 stars Wow!
Reviewed in the United Kingdom on 17 January 2021
Verified Purchase
I could not put this book down! Actually read it in a day, absolutely amazing!
If you love shifters, magic & intrigue. You have to read this! You won't be disappointed.
Read more
2 people found this helpful
Report abuse

Herbie
5.0 out of 5 stars Excellent read
Reviewed in the United Kingdom on 2 June 2021
Verified Purchase
Told from Nia's POV, who is a very likeable character. The storyline is fast paced with good character and world building. The mate claim was annoying but at least it doesn't carry on in the next book. Finally Nia finds out the identity of her true mate but at the loss of a close friend. What Nia actually is revealed at the end. Excellent read and highly recommended.
Read more
Report abuse
See all reviews
Back to top
Get to Know Us
Make Money with Us
Let Us Help You
And don't forget:
© 1996-2021, Amazon.com, Inc. or its affiliates