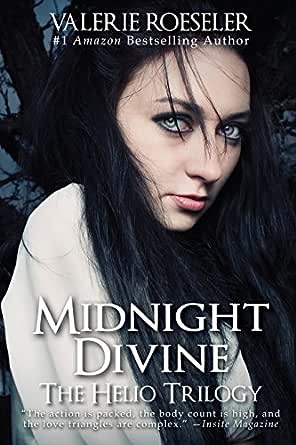 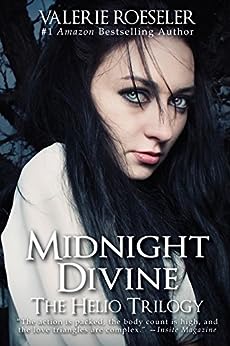 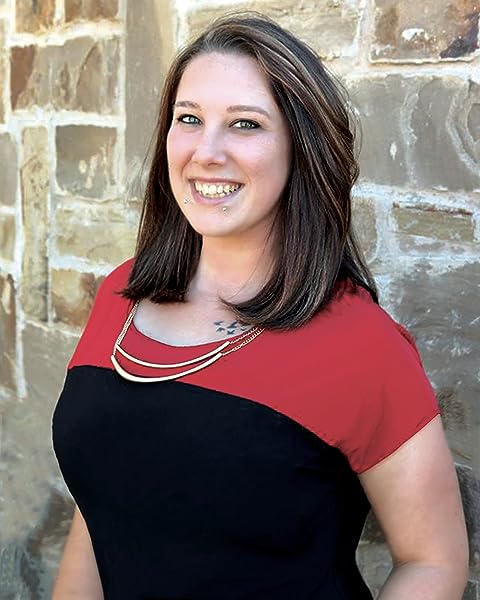 Valerie Roeseler is a bestselling author, devoted mother, and workaholic with the determination of a queen bee. She began writing as a child, creating fantastical stories with villainous animals on her toy typewriter. In her teenage years, her writing became a poetic secret before she wrote music, transforming them into lyrics. Valerie's early inspirations came from her obsession with mythology and British literature. Her debut novel, Midnight Divine, is the first in The Helio Trilogy. She is a native Texan and an enthusiast of art, music, adrenaline, coffee, wine, and hair dye. When left to her own devices, she tends to forget that sleep is a necessity. --This text refers to an out of print or unavailable edition of this title.

Michelle
TOP 500 REVIEWER
5.0 out of 5 stars Let me start by saying WOW!
Reviewed in Australia on 4 August 2016
Verified Purchase
I can't talk this book up enough! I had heard of it but I hadn't bought it yet. Valerie Roeseler popped up in one of the Facebook groups I follow and mentioned a group read she was doing and the rest is history!

This book is Ivy's journey of self discovery and what some authors take multiple books to accomplish, Valerie has done in one without it seeming rushed in any way.

It has action, romance, fast cars and lots of characters that you will fall in love with. There was a tear or two snuck in there too!

Valerie also has this neat trick of picking up the smallest piece of information and making it important as the story progresses..... I missed some of them and found myself turning back the pages!

If you have this somewhere on your TBR list, I recommend you bump it up to the top and if it's not, ADD IT NOW!

I was gifted a copy of this book but I've actually purchased it now, even though I already have it, hopefully that speaks just as loudly as any of the words in this review!

Nicola Neeson
5.0 out of 5 stars Excellent
Reviewed in Australia on 25 October 2016
Reviewed on behalf of A Book Lover's Emporium

Midnight Divine is a 5 star read. It is action packed with fantasy, love, friendships, humour and so much more!

I love paranormal books and I haven't read about Archangels, shape shifters and Demons for a long while so it made a refreshing change to read about them now. I thoroughly enjoyed Midnight Divine, and although it's slow to start, it really does pick up quickly.

I love all the characters of the book, except the bad guys. There is just nothing to like about them at all. In particular, Jack is a favourite. He and Ivy are in love, but find life gets in their way. Although destined to be together, they find that they can not. I also love Solas, however he remains a little bit of a mystery. Alice and Eric are also great friends, and are characters I enjoyed.

The story is very well written, the storyline kept me hooked. I can not wait for Book 2. I most certainly will be watching out for its release, whenever that may be.
Read more
One person found this helpful
Helpful
Comment Report abuse

ERBB/Shannon
4.0 out of 5 stars good
Reviewed in Australia on 20 July 2018
This is the first book from Roeseler that I have had the pleasure of reading and I must say that I am very impressed. I loved the Angels & Demons fighting. The writing is great and the book flowed very well. I did not like Ivy, she got on my nerves bc she really needs to mature some and use some common sense. Her headbutting all her enemies that she fights? really?
I will be reading the other books bc I would like to see what happens, however, I do hope Ivy grows up some.

Chrissi
TOP 500 REVIEWER
4.0 out of 5 stars Good!
Reviewed in Australia on 28 August 2018
I enjoyed this book, even though I am not a YA/NA fan. The storyline is engaging and the characters are mostly great. Throw in the addition of mythology and the constant battle of angel v's demons and there is action aplenty. Also secrets! Did I mention secrets? So many secrets! Cannot wait to dive into bk 2.
Read more
Helpful
Comment Report abuse

Amanda
5.0 out of 5 stars What a hell of a book
Reviewed in the United Kingdom on 20 March 2017
Verified Purchase
I absolutely loved this book, the author has such a vivid imagination, and her characters literally jump out of the page at you....I couldn't put it down, and finished it in one go, who needs sleep anyway, when you can be drawn into a world so exciting it can take you through every emotion imaginable... Brilliant!!
Read more
Report abuse

Brenna Wilson
5.0 out of 5 stars Fabulous
Reviewed in the United Kingdom on 13 April 2016
Verified Purchase
Absolutely wonderful to read. Can't wait for the next in the trilogy.
Read more
Report abuse

Ivy Harris is a young woman on a mission. She has left her, less than happy early years, to make a solid go at a fun and brightly lit future. She leaves behind her adoptive parents and a lifestyle that could have easily ended her life, and has gone off to University to major in music.
She has joined a band called 'The Red', who's lead singer, Alice, is Ivy's roommate and best friend. Alice and Ivy get along great together, which is wonderful for Ivy, as she has never really had any close girlfriends. Alice has a boyfriend named Eric, and the three friends make quite a team.
Unfortunately, all is not perfect in Ivy's new world. She is plagued by a reoccurring nightmare that she cannot interpret. She drinks and smokes, both cigarettes and pot, in an attempt to cope with various problems that she has.
About a month after Ivy's relocation she agrees to attend a street racing event with Alice and Eric. Here she meets Jack Roe... Jack is a great guy. Gorgeous and a little arrogant.... He is everything that Ivy needs and NOTHING that she thinks she wants. They are instantly attracted to one another which immediately puts Ivy on the back foot. She cannot understand why Jack makes her feel the way he does, and she wants nothing to do with him. The only problem with this plan of hers is the fact that Alice and Eric are friends with Jack. A bet between Ivy and Jack has some unforeseen repercussions for them both.
Ivy has a number of issues to work through and as time progresses, she realises that she has much more to deal with than she originally thought. She discovers a whole different world within our world. Secrets and lies and betrayals lead her to discover who she really is and her part in the ongoing battle between good and evil.
I loved Ivy. She is intelligent and clever, talented, sassy and strong, she is perfectly imperfect and you can't help but love her. Although she is quite capable of taking care of herself, she is smart enough to know when to ask, and when to accept help from others.
There are wonderful support characters in this story. An entire tribe of unexpected hero's.
All does not go smoothly for our heroine and her friends though. Their losses are painful and seem unnecessarily cruel, in some ways, as is the way of life... There are confusing mixed emotions for her to navigate and you will likely want both of the men in Ivy's life to come out with her heart, as both are deserving of her love.
This is such an involved tale. There is an incredible amount going on. The characters are well developed, it is well written and action packed. This is my first journey into the writing of Valerie Roeseler, it will not be my last. I'm very much looking forward to the next instalment of this trilogy.
Read more
Report abuse

Bridgett B.
5.0 out of 5 stars one of the best books i've read this year.
Reviewed in the United States on 28 July 2016
Verified Purchase
I was going to read this in a group, Reading 3 chapters a day, Yay as soon as I started reading I didn't stop (except when I had to feed my kids lol).
This was a fantastic book. It's hard to believe this is the author 1st book. It was so good.

Ivy was a rebellious teen, she loves to street race her car. Then one day she crashes, she is hurt be not badly. She also finds out the she was adopted as a baby. She feels like she don't even know who she is anymore. She decides to move and go to collage. Once there, she meets Jack, at a street race. She's not racing, but Jack is and he can't be beat. Ivy thinks he's a player, and a jerk. But soon she realizes she might have been wrong about Jack, she is drawn to him. Ok I'll stop there because I don't want to ruin the story for anyone, But a whole lot happens that makes this a awesome story.

There is a twist, that Ivy may not be who she thinks she is. GRAB THIS BOOK!!! This is a fantastic book. The author tells a story that sucks you in and then spits up out. You'll laugh (alot) and cry over the things that are happening. The only bad part is now I have to wait till December to read the next book.
Read more
2 people found this helpful
Report abuse
See all reviews
Get FREE delivery with Amazon Prime
Prime members enjoy FREE Delivery and exclusive access to movies, TV shows, music, Kindle e-books, Twitch Prime, and more.
> Get Started
Back to top
Get to Know Us
Make Money with Us
Let Us Help You
And don't forget:
© 1996-2020, Amazon.com, Inc. or its affiliates