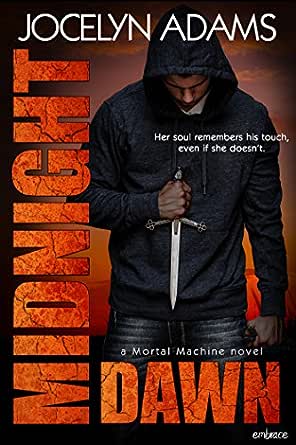 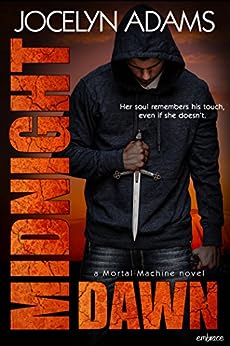 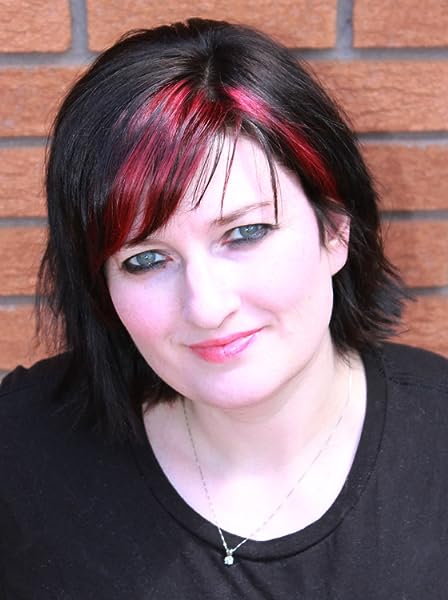 Book Two of the Mortal Machine series.
Her soul remembers his touch, even if she doesn't.
With only three days until the wraith king turns the earth into an all-you-can-eat buffet, Addison Beckett is forced to enlist brooding sentinel Asher Green's help to unlock the Mortal Machine. According to the founder, all she has to do is find the sanctuary—the same sanctuary she can't remember because Asher erased her memories.

Trying to save humanity while navigating Asher's lies is a royal pain. But the more time she and Asher spend together, the harder her soul tries to remind her what else he's made her forget—that he loves her, wants her, needs her.

When she's trapped by the wraith king and forced to pick who will stand by her in the coming battle, Addison is faced with an impossible choice: the sentinel she loves who refuses to love her back, or a powerful stranger who insists they're meant to be together. Her decision will decide the fate of humanity, and once decided, can't be undone.

Amazon Customer
4.0 out of 5 stars Strap yourself in. The story was not over in Darkside Sun
22 October 2014 - Published on Amazon.com
Verified Purchase
I really enjoyed this book. What a great addition to the series! Lots of action, and a new hero to swoon over, as well as an old one to scream at and want to slap. (while you wait, crying for him to come to his senses.)

This book has everything a book two should have. Building on all the old characters, introducing more, and really deepening the story.

My only quip is that there was a little too much "Preparation" for me leading up to the "boss battle". I guess it is that I'm an action junkie, but I would rather have had all that glossed over, but I do see how the story deepened the way it was written... I just think it slowed at a spot where it should not have slowed.

But then hot dang does it take off again for a final round of bam and pow! Wahoo!

So, yeah, there was a little slow spot that a lot of people will enjoy to relax and take a breath before the big ending scene, but that kind of breather is not for me. Everything else was spot on, and I loved it.

I can't wait to pick up the next book!
Read more

Rosemary
4.0 out of 5 stars Who Will Triumph?
26 August 2014 - Published on Amazon.com
Verified Purchase
Addison Beckett is trying to save the world. She just wish she knew how to do it. She needs her sentinel Asher's help but when he's around she's distracted by her desire for him. Things couldn't get worse or could they? Baku, a powerful enemy, has appeared to fight Addy and take her power. When a new ally appears, she takes hope. Caine Phillips knows the past history of the Machine but can he be trusted? Midnight Dawn is a fast-paced roller coaster ride filled with so many twists and turns. Addison is a very complex character. She pulled me into her world and wouldn't let me go. She is such a mixture of strength and fear. Asher is a great hero. He cares deeply for her, but keeps his distance. The other sentinels are just as addictive. They each have secrets and fears that they must deal with. I enjoyed Midnight Dawn. I can't wait for the next installment in the series (A Mortal Machine). Jocelyn Adams has a wonderfully addictive writing style.
Read more

Cheryl Sanders
5.0 out of 5 stars A sci-fi paranormal romance like no other!!!
16 April 2016 - Published on Amazon.com
Verified Purchase
This is the second book in the Mortal Machines series and it's another "more than five star" rating for this very satisfied reader. What a ride! The writing skill of this author is amazing. This book played like a movie in my head as Soldiers became Sentinels and bonds were formed. A family was formed. Beautiful! Asher and Addison fought so hard. It all came down to the last minute.

Brilliant storytelling! A sci-fi paranormal romance like no other. I am so excited to read the next book, Forever Dusk.
Read more

Midnight Dawn picks up a bit after Darkside Sun ends. I didn’t love this installment as much as I enjoyed the first one but it definitely wasn’t bad. There were a lot of events going on which kept me reading. This novel incorporates more of the wraiths as well as Addison’s role as the Architect. We finally find out exactly what that means. The pacing was good in this novel. It wasn’t slow and it wasn’t so fast that it was hard to keep up with. I think, really, the only thing keeping me from loving this novel as much as the first one was the character romance. The great thing about this installment is that there was absolutely no cliffhanger. Even though there will be a third novel, there’s no gut-wrenching ending that deters some readers. So you can definitely go on and read this one without waiting for the next to come out.

Addison is definitely tougher in this novel. When this novel begins, Addison’s memories of her and Asher are complete wiped and she is now actively part of the Mortal Machine. I liked Addison’s character a lot in this novel. We really got to see her fight for herself as well as for those that she cared for. She dealt with the things that were thrown at her very well, including the situation with Asher. I liked her character more in this novel than the last and I hope that that trend continues in the third book.

Asher, on the other hand, I didn’t quite like as much as I did in the first novel. This is mainly because of the way that he treated Addison for the majority of the novel. I understood that he was trying to protect her but I personally think that he could have done it in a better way. He was borderline verbally-abusive in my opinion and I hated it. Other than that, he was still the complicated, slightly egotistical jerk that he was in the first book. Just slightly less likable than the first time around.

We get a few flutterings of a love triangle in this novel. We are introduced to a new character who stirs things up a bit. Then you have the fact that Asher took away Addison’s memory of them together. However, Addison’s soul can’t help but be attracted to Asher so that creates problems, what with Asher pushing her away. It was a total drama filled romance but you still couldn’t help but root for Addy and Asher.

The thing I enjoyed the most about this installment was the back-story that we get on the Machine, the Wraiths, and everything else. It really gave the novel a realistic feel even with the paranormal plot. The story was obviously well thought out and I couldn’t find any wholes whilst reading the novel. It was some of the best and most interesting world building I’ve read.

Although I didn’t enjoy it as much as the first installment, Midnight Dawn was a far cry from bad. With complex world building and an engaging plot, it’s definitely one that I would recommend for any and all paranormal lovers, or for for anyone looking for something a little different.
Read more
One person found this helpful
Go to Amazon.com to see all 16 reviews 4.2 out of 5 stars
Get FREE delivery with Amazon Prime
Prime members enjoy FREE Delivery and exclusive access to movies, TV shows, music, Kindle e-books, Twitch Prime, and more.
> Get Started
Back to top
Get to Know Us
Make Money with Us
Let Us Help You
And don't forget:
© 1996-2020, Amazon.com, Inc. or its affiliates