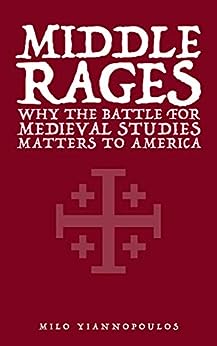 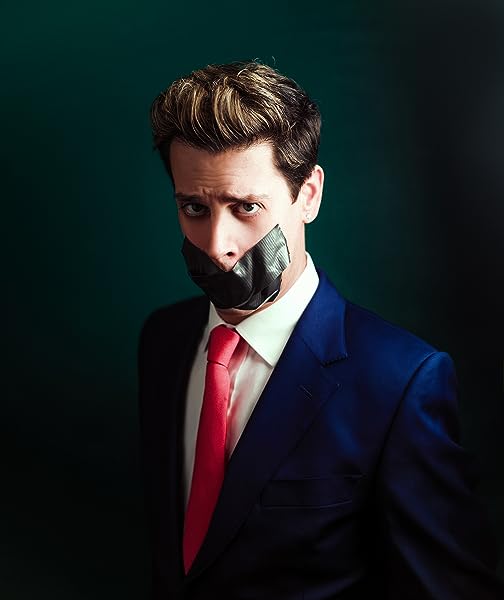 Middle Rages: Why the Battle for Medieval Studies Matters to America Kindle Edition

4.5 out of 5 stars
4.5 out of 5
118 global ratings
How are ratings calculated?
To calculate the overall star rating and percentage breakdown by star, we don’t use a simple average. Instead, our system considers things like how recent a review is and if the reviewer bought the item on Amazon. It also analyses reviews to verify trustworthiness.

Ace Rimmer
5.0 out of 5 stars The surest way to destroy a people is to obliterate their history.
Reviewed in Australia on 28 October 2019
Verified Purchase
Those were the words of George Orwell, who spent decades within the left side of politics.
This essay is short but vital to understanding the threat posed to the future of society by the "tenured revolutionaries" that infest the free world's education and popular culture. They have given up on the usual revolutionary activities like murder, protest and terrorism like they used to (Bernadette Dorn, the SDS and Weather Underground are examples) and now seek to end civilization via young and impressionable students doing their dirty work after years of indoctrination. Joseph Goebles stated that "A lie told often enough and loud enough is accepted as the truth" and the current crop of Globalist Socialists take this as a duty statement. They have purged any and all dissent from the groupthink that is education today. Now the very hint of independent thought on any subject, even science and maths, that does not pay homage to the cause that the left are using to bludgeon the society that provides for them is censured.
This brings me to the revision that is now being conceived as history.
In 1853 the middle ages got a makeover as the "Dark Ages".
This period, before the Renaissance layed the groundwork for the free, tolerant and prosperous society that people in the rest of the world risked their lives to join.
Now all that is good about our history is being purged in favour of a narrative that our society was and is inherently evil and any enemy or alternative is not only good but superior.
If our history is erased and replaced with the lie of White Guilt and the barbarity of systems like Islam, Socialism, and others is erased or justified for its opposition to civilization generations will grow up ashamed of our society.
Read more
One person found this helpful
Helpful
Report abuse

Scott Osmond
TOP 100 REVIEWER
5.0 out of 5 stars A Fight That Matters
Reviewed in Australia on 1 June 2019
Verified Purchase
A valuable essay. If you control the past you control the present. If you control the present you control the future. Sjw's have gained control of many of the heights of academia now it's medieval studies tern. This essay covers the attack vecter, the actors involved and the tactics used to attack an accomplished professor in the field. Sadly the cowerdice of her colleagues or her institution came as no surprise. This fight matters. The western world, like it or not, is built on foundations of Christianity. By attacking medieval studies sjw crybullies are attempting to undermine the very fabric of civilisation. From standards of proof, believe all women, to freedom of religion, Israel Folau, to abstracts of fairness that aren't defined and who's goals are ever shifting, from academic freedom and inquiry to freedom of association and speech the sjw is burning down hundreds of years of standards that protect the vulnerable and make the west a place worth living. To steal a comment I saw on the web, when the taxpayer becomes tired of funding this nonsense we will be told it's because of anti-intellectualism.
Read more
One person found this helpful
Helpful
Report abuse
See all reviews

ian t
5.0 out of 5 stars Why the Middle Ages are important
Reviewed in the United Kingdom on 15 August 2019
Verified Purchase
Anyone hoping for a mini-version of 'Dangerous' by Milo-the-funny-conservative will be disappointed here. 'Middle Rages' is not a barrel of politically-incorrect laughs, though it is shot through with Milo's characteristic wit and invention. When he turns his mind to it, Yiannopoulos is a top-class investigative reporter: bold, thorough, leaving no stone unturned - in short, the kind of thing that no longer exists in the so-called 'mainstream'. 'Middle Rages' is a monograph of uncommon excellent journalism.

I ended up reading this little book after coming across an article by a professor of medieval studies at Oxford University, in which she asked whether maybe the fire damage at Notre Dame should be left the way it is, as a symbol of the destructiveness and ecocide which she clearly considers to be the hallmark of western civilisation. Gone is the Oxford which I attended 45 years ago. Then, to a degree at least, it actually encouraged higher learning and the pursuit of knowledge. Nowadays, there is not even pretence, as it shamelessly promotes social engineering, opinion-shaping, social justice, and self-flagellation for being part of western civilisation. All of which are the main meat of what is examined in some depth in 'Middle Rages'.

'Medieval history' sounds like a byway on the royal road of humanity - not to mention a certain cure for insomnia. Milo vividly points out how wrong this is, and how focal to the west the Middle Ages are. Western civilisation's self-identity, as the book puts it, is intimately tied up with the Middle Ages. Academics infused with notions of identity politics would have us revise, rewrite even, this history in the context of race-and-gender politics. This is the battlefield which 'Middle Rages' explores. Our politically right-on medieval academics embark on a crusade against one of their number who refuses to play the game, Rachel Fulton Brown. The book details a chilling litany of smearing, deriding, reputation-and-career destroying dirty tricks employed by the new medievalists. Such tactics seem typical hallmarks of the warfare waged by the politically correct against anyone who dares to speak out as a heretic. Fulton Brown displays courage and a cool head in the face of the vicious onslaught; good on her.

All in all, 'Middle Rages' is an excellent if unsettling read on a surprisingly significant subject. Thanks, Milo.
Read more
3 people found this helpful
Report abuse

matthias
5.0 out of 5 stars tiny book but important story
Reviewed in Germany on 13 November 2019
Verified Purchase
Reads a little bit like investigative journalism.
The story is about how the studies of middle ages in general and particularly a chicago professor got under attack by use of very questionable tactics. The author also explains the significance of this area of studies.
Read more
Report abuse

Joseph Raborg
5.0 out of 5 stars Spectacular Reporting on Medieval Studies
Reviewed in the United States on 16 May 2019
Verified Purchase
This is a really good piece of reporting on the state of Medieval Studies in America. It takes an in-depth look at how social justice warriors are trying to take over Medieval Studies, just as they have taken over other fields in the humanities. (Classical and Medieval Studies have lasted the longest against SJWs because understanding ancient and defunct languages and dialects requires above average intelligence.) Professor Brown appears to have been the most recent lightning rod for SJW activism. One is disheartened to read about how few academics would publicly defend Brown, and how many preferred to recite the lies told against her by others. But, the Postscript at least gives us hope that it will be a long time yet before Medieval Studies becomes politicised.

Many people don't like Milo Yiannopoulos, but he is an excellent reporter. When he fills this role without attempting to be an entertainer or provocateur, he has few equals. This book shows Milo at his best, and anyone with an interest in the state of Medieval Studies in America should read it.
Read more
83 people found this helpful
Report abuse

silvia
5.0 out of 5 stars A must read
Reviewed in the United States on 20 May 2019
Verified Purchase
I have to admit, I knew little to nothing about Medieval Studies before I bought Middle Rages but I did go to Rachel Fulton Brown’s blog, Fencing Bear at Prayer to read her post Three Cheers for White Men which caused quite the maelstrom and figures prominently in this book. Still trying to figure out why the social justice warriors considered this to be racist. She makes three concise points. You can agree or disagree. But racist? No! If this wasn’t such a serious topic I would find this amusing just because of the incredulity of the outrage and smear tactics launched against Fulton Brown. I used to laugh and mock the SJWs but now it’s frightening how they have such a stronghold in almost all departments of education. They do not tolerate diversity of thought or opinions and there is no such thing as debating with them, only shouting matches and the banning of those they disagree with from the public forum.

Milo gives a sound explanation on the importance of Medieval Studies, and how it relates to the Middle Ages and western civilization. He sounds the warning that if the social justice warriors are successful in overtaking Medieval Studies which sounds like one of last bastions where they haven’t been successful, then all humanities could be doomed. Heed his words.

This is a must read book.
Read more
54 people found this helpful
Report abuse
See all reviews
Back to top
Get to Know Us
Make Money with Us
Let Us Help You
And don't forget:
© 1996-2021, Amazon.com, Inc. or its affiliates