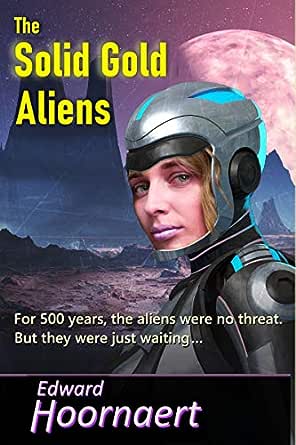 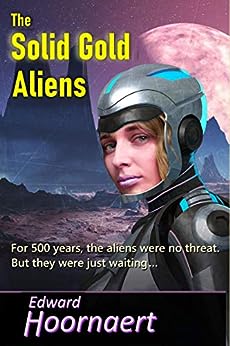 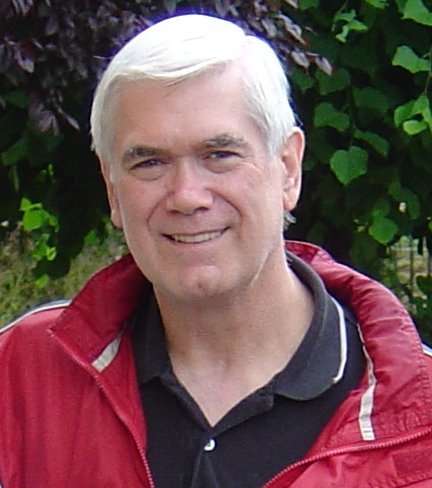 (Originally published as The Midas Rush)

All Tresky Buffrum wants is a taste of adventure and freedom before resigning himself to the simple life of a shepherd. What he gets instead is a mysterious wife, determined to remain chaste, who leads him to the Midas Crater where some of the planet’s intelligent natives have been transformed into gold.

Everyone on the caravan to the crater has an ulterior motive—except Tresky, who just wants to love his wife. Spies are everywhere. An Offworlder major goes mad and shoots people . . . at random, or so it seems. A grim policewoman becomes attracted to Tresky while she struggles to capture the mad sniper.

And watching every detail of this bizarre procession across the desert is an old, mute alien. Virtrillica seeks some rationale—or even an excuse—for her people to spare humanity from a war of extinction.

Can Tresky and his odd allies defeat the interplanetary conspirators who seek to destroy the Midas Crater and its sinister yet glorious secrets? And will he find happiness with his mysterious wife?
click to open popover

ck762
5.0 out of 5 stars So, so, SO GOOD!
6 July 2016 - Published on Amazon.com
Verified Purchase
Seriously I cannot say enough about how good this book is. I enjoyed the characters, the intricate story line, and especially the ending - which was very satisfying. So glad I purchased it and definitely looking forward to reading more by the author.
Read more

Kindle Customer
5.0 out of 5 stars Aliens, Humans....Great Mix!
15 April 2013 - Published on Amazon.com
Verified Purchase
Love science fiction and this is the best I've read so far. Our hero, Tresky Buffrun....love that name. He has the greatest lucky. He meets and marries a beautiful young woman after meeting her in one day. Our next interesting characters are the Sloths. They are highly intelligent and are the natives of this world. They can make things happen. Got to read it to find out.

A Sloth was found, dead and made of solid gold. Needless that caused a stir and an influx of people to the planet. I loved how the author created such an interesting world. I enjoy the mystery between Tresky and his young new wife. The sloth named Virtrillica decides to follows Tresky. And the really, really interesting thing about Virtrillica is she shares what she see with all the other Sloths. Cool!

This is a fun and exciting read. It was sleep stealer. I just couldn't put it down. Great ending. Differently would like a sequel to see what other exciting adventures Tresky can get into.

G. Gibbs
4.0 out of 5 stars Funny Space Opera
2 June 2015 - Published on Amazon.com
The first pages made me wince a little. Poor buffoon Tresky, on his first trip to the big city in search of a wife, has been plied with liquor and is being rolled by a typical devious prostitute.
However, after a few more pages, I learned that isn't exactly the situation. Nothing is what it seems, including Tresky and his new bride. And there are aliens. Really cool aliens.
Five hundred years ago, humans discovered the intelligent life on the distant planet of Jones. Well, sort of intelligent. Giant sloths wander the landscape, and they seem intelligent, in fact quite powerful. However, exactly how they communicate and make things happen is a mystery that is driving the intergalactic government crazy. The local human settlers no longer try to understand them, and just move out of the way whenever one lumbers past.
Then, some of the most ancient sloths begin turning into solid gold. That gets everyone's attention - the locals, the off-worlders, and especially Tresky's secretive new wife. She signs them both up to join a caravan of adventurers, all heading into the wilderness to cash in on the Midas Rush. Hijinks ensue, as well as murder, intrigue, and just the right amount of romance. Highly recommended.

JeanP
4.0 out of 5 stars The Midas Rush
4 May 2013 - Published on Amazon.com
A great science fiction story. Full of fascinating and colorful characters. We follow the young hero Tresky on his adventure. We see him grow and become the one that people turn to. Look forward to reading more from this author and seeing what other adventures Tresky may have.
Read more
Go to Amazon.com to see all 4 reviews 4.5 out of 5 stars
Get FREE delivery with Amazon Prime
Prime members enjoy FREE Delivery and exclusive access to movies, TV shows, music, Kindle e-books, Twitch Prime, and more.
> Get Started
Back to top
Get to Know Us
Make Money with Us
Let Us Help You
And don't forget:
© 1996-2020, Amazon.com, Inc. or its affiliates