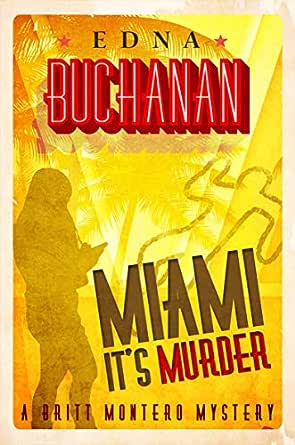 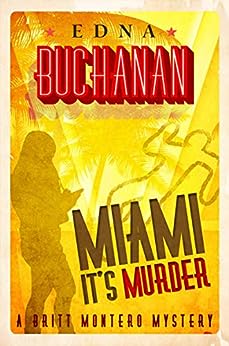 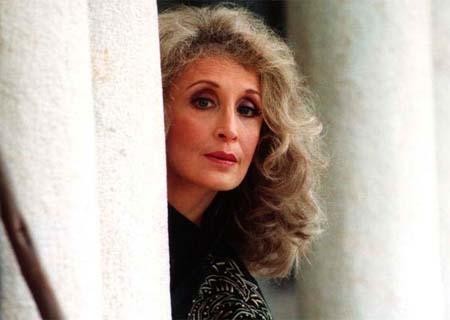 On the police beat for her Miami newspaper, Cuban-born Britt Montero has a lot on her hands. She’s investigating a series of bizarre deaths involving sex, electrocution, and freshly poured concrete. As if that isn’t enough, there’s the long-unsolved murder of a young girl that may implicate the frontrunner in the governor’s race. And at the same time, she’s on the trail of a serial rapist—who targets her in retaliation for her stories . . .

In this novel, the author of The Corpse Had a Familiar Face offers “crime fiction that matches the high level of her Pulitzer prize–winning crime reporting” (Publishers Weekly).

“Buchanan is very good at capturing the flavor of South Florida and Miami, and her experience as a crime reporter makes her characters convincing.” —Library Journal

Edna Buchanan commanded Miami's police beat for eighteen years. She reported more than 5,000 violent deaths, 3,000 of them murders. She also covered kidnappings, riots, fatal fires, major plane crashes and other disasters. She won international acclaim for her classic true crime memoir The Corpse Had a Familiar Name, and has received praise for her everlasting Britt Montero series.
click to open popover

S. K. Norman
5.0 out of 5 stars The 2nd In a Fascinating, Authentic, Fast-Paced Must Read Mystery Series
22 June 2017 - Published on Amazon.com
Verified Purchase
MIAMI, IT'S MURDER by former investigative journalist, Edna Buchanan, is the second book in the Britt Montero suspense series. It's another fast-paced compelling read.

This time around, Monterro finds herself delving into a 22 year old unsolved cold case involving the sexual assault and murder of 8- year-old, Mary Beth Rafferty. In addition, she's hot on the trail of a serial rapist who turns his attention on Montero as she writes news articles about the unfolding case.

Thrown into the mix are encounters with her former lover, Ken McDonald, who is now a police lieutenant; a new intriguing man, Captain Curt Norske of the Sea Dancer; and continuing encounters with her arch nemesis, Gretchen Platt, "the assistant city editor from hell."

Buchanan's writing is tight, rapid-fire and, once again, right on target. Glimpses of behind-the-scenes inner workings of a 1990's newsroom are once again evident and make for interesting reading.

I came across Edna Buchanan's writing several years ago, and this a second reading of the Britt Monterro series. The writing is still as fresh, authentic, and fascinating the second time around.
Read more

wimtex
4.0 out of 5 stars Intriguing story
17 July 2017 - Published on Amazon.com
Verified Purchase
Well-written, intriguing story. Didn't read the first book, started with this one (her 2nd) since it got better reviews.
Read more

Margaret Hatley
5.0 out of 5 stars I love her books
29 October 2016 - Published on Amazon.com
Verified Purchase
I love her books! I live in Miami and she was a crime reporter for the Miami Herald. She weaves true crime into a fictional story.
Read more

Christmas EV
5.0 out of 5 stars Great Book
17 January 2016 - Published on Amazon.com
Verified Purchase
I really enjoyed this author. The main character actually works and they show you that as she covers many stories. I love the characters and the plot and am going to read more
Read more

G. Anderson
5.0 out of 5 stars Miami Murder(s) - Get Ms Buchanan - Enjoy
5 July 2015 - Published on Amazon.com
Verified Purchase
Ms Edna knows what she writes about ! Enjoy !!
Read more
Go to Amazon.com to see all 21 reviews 4.5 out of 5 stars
Get FREE delivery with Amazon Prime
Prime members enjoy FREE Delivery and exclusive access to movies, TV shows, music, Kindle e-books, Twitch Prime, and more.
> Get Started
Back to top
Get to Know Us
Make Money with Us
Let Us Help You
And don't forget:
© 1996-2020, Amazon.com, Inc. or its affiliates