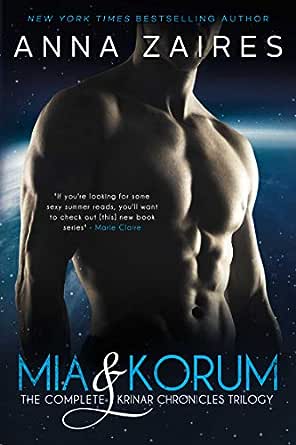 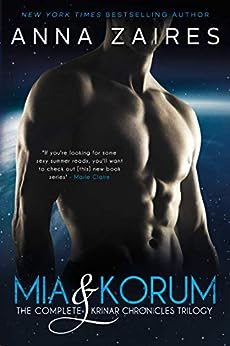 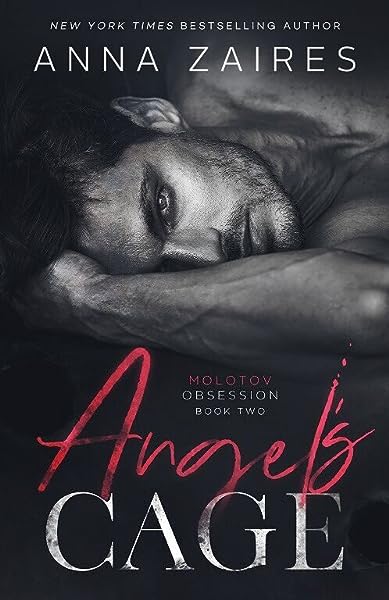 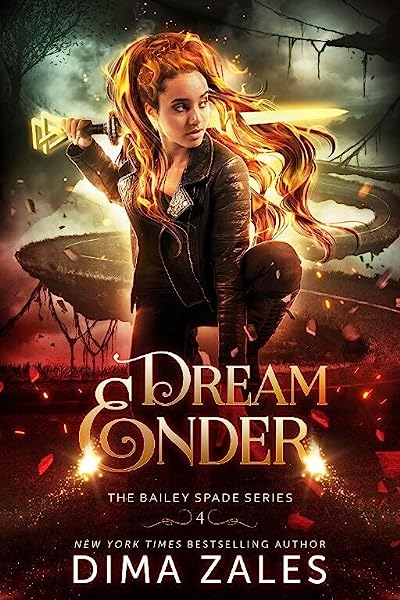 4.3 out of 5 stars
4.3 out of 5
756 global ratings
How are ratings calculated?
To calculate the overall star rating and percentage breakdown by star, we don’t use a simple average. Instead, our system considers things like how recent a review is and if the reviewer bought the item on Amazon. It also analyses reviews to verify trustworthiness.

Kindle Customer
4.0 out of 5 stars Enjoy
Reviewed in Australia on 2 August 2018
Verified Purchase
Enjoy the storys being told, each book hold it only tale but work will with the others
Read more
Helpful
Report abuse

Catastic
3.0 out of 5 stars An interesting premise
Reviewed in Australia on 17 May 2016
Verified Purchase
So you have an Alien,physically and intellectually superior attracted to a shy, young and naive 21 year old college student. No wonder to begin she's terrified, confused, overwhelmed and feels bulldozed into a relationship. On the other hand when you're a genius amongst your own kind, with thousands of years of galactic life experience, I'm sure you know what you want when you see it. I enjoyed this series and the plot and relationship developed well. I think the series is a worthwhile read, but I have read stronger works from this author.
Read more
One person found this helpful
Helpful
Report abuse

mfch
5.0 out of 5 stars Unputdownable!
Reviewed in Australia on 19 September 2019
This book is excellent- utterly unputdownable!

Anna Zaires’ world building is phenomenal, she cleverly crafts a near future that is utterly believable and yet totally fantastic. I thoroughly enjoyed Mia and Korum, from Mia’s very realistic responses to the situation she finds herself in, to her emersion and ultimate embracing of her new world.

I really enjoyed the way that the relationship dynamics played out, from original domination and unequal power, to a more equitable and healthy relationship, and enjoyed the fact that the author gave her heroine very realistic responses to the world she found herself in.

This book is one I come back to again and again and have read cover to cover many times, it’s comforting, well written and really well paced from cover to cover- which in a three book anthology is a pretty rare and special thing, my only wish would be that the author had written more in this genre and universe, though all of her books are equally excellent.
Read more
Helpful
Report abuse

Aimee
5.0 out of 5 stars LOVED IT!
Reviewed in Australia on 22 June 2018
CLIFFHANGER: YES - The final book in the series does not end on a cliffhanger, however the first two do. This is pretty typical in a trilogy so I knew going in this would be the case so I bought the series as a boxed-set.
HEA: YES
HERO: Kormun is a powerful, dangerously seductive Krinar alien with golden skin and eyes with flecks of yellow with dark glossy hair and a well built form. So basically, he's really hot! I'd say Korum is definitely an anti-hero who is obsessed with our heroine Mia. He was very protective of Mia, and was determined to care for her. He takes this to the next level by stalking her and refusing to release her. Not a man to be told no. At two millennia, he is arrogant, worldly and experienced. He's also very ambitious which I loved. I absolutely loved Korum!
HEROINE: Mia was just the cutest thing ever! A petite build, with long messy brown hair, unusual blue-grey eyes and pale skin with a small smattering of freckles on her face. Mia is a shy and inexperienced college student. She’s definitely sheltered, but curious (which I loved) and a little bit naive but when compared to a species that lives millions of years, that was always going to be a given. Like Korum, Mia is also ambitious and I felt that this was something they had in common. I really loved Mia, and I think she was a very likeable heroine and I could relate to many of the choices she made throughout the series.
SECONDARY CHARACTERS: There were quite a few secondary characters and I felt like Anna wrote them really well into the story. A few characters from other books in the series made an appearance and I enjoyed touching base with where they are at now. I'm hoping a few of the characters will be getting their own book; specifically, Adam.
WRITING QUALITY: Excellent writing quality. The plot was unique and engaging, and the pace was perfect. At no point did I feel like the book was dragging on, or had the urge to skip pages. Anna explained the alien elements really well without repeating too often which is a mistake I've seen made often. If I'm being really picky, the only thing I didn't like was the description of every meal Korum made for Mia. But this was really minor and didn't detract from the story at all.
HEAT LEVEL: HOT! Korum is very creative throughout the series and I loved Mia's inexperience in the beginning and her confidence in herself in the end. These two had awesome chemistry.
SAFETY/TRIGGER WARNINGS (SPOILERS): Safe. Neither were with others after meeting. There is a mention of Korum being with other women previously but once he meets Mia he’s all about her. Although, there is one scene where Mia is dances with a guy and he tries to kiss her. She pushes him away before he can do more than graze her mouth so I still consider it safe. This may be a trigger for some as the hero is a stalker who captures the heroine and relinquish her. Also, their first time has elements of dubious consent in that Mia felt pressured into it. Korum did eventually give her a chance to say no though.
RECOMMENDATION: I would DEFINITELY recommend reading the Krinar Chronicles. This series was intriguing, sexy and I couldn't put it down.
Read more
Helpful
Report abuse
See all reviews

Simone Bhalla
3.0 out of 5 stars Sadly but not for me...
Reviewed in the United Kingdom on 18 February 2018
Verified Purchase
I couldn't wait to read this series! It was on my TBR from ages and even after I got it on my kindle I wasn't ready to read it for me it was one of those series that will take all my attention and emotions on a very twisty rollercoaster ride! But it wasn't the case it just wasn't for me I couldn't make myself like the heroine and being at first on the hero side he lost my attention soon enough as well. I love alien books and I love strong alpha men who want to possessed women only for themselves but this series didn't give me that. I didn't feel the chemistry between the main characters and even sex which I absolutely love in books (if it's good) simply didn't rock my boat at all I get it he was big I don't need to read every single time how he was hitting her cervix and stretching her tight little channel... simply not my cup of tea and I really really wanted to like if not love this series... plus the ending was just too perfect too sweet too sticky

I really don't like to give bad reviews as I respect all Authors and I can only imagine that writing a book and coming up with story and twists is not easy but for me this series wasn't special and I couldn't give it 4 stars but it's definitely 3.5 stars

I
2.0 out of 5 stars Odd Mixture
Reviewed in the United Kingdom on 1 February 2018
Verified Purchase
I had never read this author and the three volumes were being sold cheaply and why not give it a try.
I have read the first volume and think it unlikely that I will read the remaining two.
Earth has been conquered by an alien species. They are fairly benevolent and set about putting right what the human race has messed up in the environment.
Mia an extremely naive college student encounters and becomes involved with an alien.
If it were not for the many and explicit scenes of sex, something like 10 in this first volume, I would say it had been written for young adults.
Read more
8 people found this helpful
Report abuse

MFacer
5.0 out of 5 stars Addictive, imaginative and sexy. Just brilliant!
Reviewed in the United Kingdom on 3 February 2018
Verified Purchase
I’ve just finished reading this series and I couldn’t put it down. It was a mix of all the kind of romantic fiction and I like with a good splash of science fiction the own in. Like 50 shades meets Twilight meets Southern vampire mysteries meets Star Trek. Intelligently written with believable characters and wonderfully imaginative sci-fi/futuristic tech and a likeable heroine. Probably the best alien fic that I’ve read on Kindle in years. I wish there was more of Mia and Korum.
Read more
5 people found this helpful
Report abuse

Fiona Murphy
5.0 out of 5 stars Worth a Read
Reviewed in the United Kingdom on 2 January 2018
Verified Purchase
An unusual read for me, this trilogy mixes erotica with sci fi and I must say that I really was engrossed from the start. Although there is lot of sex in the books, there is also a great plot which is well structured and I do so love good grammar and spelling in books! The general plot and developing relationships between Mia and Korum and the humans and Krinars had me philosophising a bit, which was actually fun. So not just a wee series about an alien invasion at all: I am not telling, but I like the ideas offered by Anna Zaires! This is something to keep in my Kindle library for another read in the future for sure.
Read more
4 people found this helpful
Report abuse

Sue M.
5.0 out of 5 stars Fantastic
Reviewed in the United Kingdom on 10 August 2018
Verified Purchase
This is definitely worth the five stars I have given it. I loved the characters of Mia and Korum, a young Earth girl and a (not so young) gorgeous alien man. They have various relationship problems to contend with, plus some scary adventures. There is also romance with lots of hot sex. Phew! I have read a lot of books by this author Anna Zaires and I consider her one of the best writers of this style of fiction around. Her characters are so believable you can’t help getting engrossed in their lives. Please let’s have lots more.
Read more
One person found this helpful
Report abuse
See all reviews
Back to top
Get to Know Us
Make Money with Us
Let Us Help You
And don't forget:
© 1996-2021, Amazon.com, Inc. or its affiliates