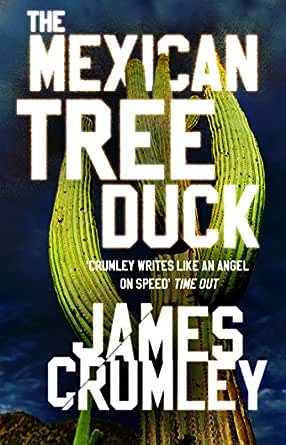 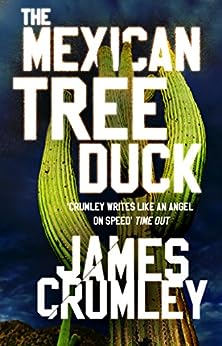 "Lean, knuckle-crunching prose." --Miami Herald "Like James Ellroy . . . [Crumley] is a master of American vernacular, turning tough-guy slang into something like poetry." --The Independent (London) "The journey, with all its wild, wicked, sweet, painful, courageous, outrageous, and obscene encounters . . . will stay with the reader after the blood dries."
--The New York Times The pleasures of a James Crumley novel . . . derive mostly from the zing of its characters, the bite of its epigrams (The bear of real life is waiting for everybody), and a restless, almost manic vitality--prose on amphetamines. . . . The mix of black humor, violence, and trivia is . . . persuasive, and the setting is evoked as crisply as the landscape of an Ansel Adams photograph.
--Entertainment Weekly "Terrific crime-fiction writing. . . . Crumley has a gift for narration."--San Francisco Chronicle "A surrealistic, raunchy buddy novel. . . . Tough writing with a manic edge and a neat surprise at the end." --New York Daily News

"Powered by sex, drugs, rock'n' roll, firepower, and a large portion of irreverence, The Mexican Tree Duck is one you won't want to miss."
--Rocky Mountain News

"There's [a] hypnotic craziness, that affectation for excess, expressed in profane and compelling and ultimately romantic language, that makes you keep reading The Mexican Tree Duck. Too much is never even close to enough for Crumley."
--Minneapolis Star Tribune --This text refers to an alternate kindle_edition edition.

James Crumley was born in Three Rivers, Texas, and spent most of his childhood in South Texas. After serving three years in the U.S. Army and completing college degrees in history (BA, Texas College of Arts and Industries) and creative writing (MFA, University of Iowa), he joined the English faculty at the University of Montana at Missoula. He was also a visiting professor at a number of other institutions around the country, including the University of Texas at El Paso, Colorado State University, Reed College, and Carnegie-Mellon. His works include a novel of Vietnam, One to Count Cadence, and seven detective novels: The Wrong Case, The Last Good Kiss, Dancing Bear, The Mexican Tree Duck, Bordersnakes, The Final Country, and The Right Madness. He died in Missoula in 2008. --This text refers to an alternate kindle_edition edition.

4.1 out of 5 stars
4.1 out of 5
38 global ratings
How are ratings calculated?
To calculate the overall star rating and percentage breakdown by star, we don’t use a simple average. Instead, our system considers things like how recent a review is and if the reviewer bought the item on Amazon. It also analyses reviews to verify trustworthiness.

FictionLover
3.0 out of 5 stars Tree Duck: flawed masterpiece
Reviewed in the United Kingdom on 24 April 2016
Verified Purchase
Tho it's lovely discovering this neglected master of crime fiction, in Tree Duck Crumley overdoes it big time: cast of characters too long; scope of the plot too far-fetched; book length Inflated; number of women f***ed indulgent (though very instructive); drugs consumed prodigious. Biggest surprise: CW's devotion to baby Lester. But, make no mistake, this was near- genius at work.
Read more
Report abuse

Kindle Customer
4.0 out of 5 stars Four Stars
Reviewed in the United Kingdom on 22 May 2017
Verified Purchase
Brilliant. Like all James Crumley it is quite violent, but it grabs you and does not let go
Read more
Report abuse

west coast fan
4.0 out of 5 stars Four Stars
Reviewed in the United Kingdom on 29 September 2015
Verified Purchase
been trying to get this book for years. worth the wait. frenetic, chaotic,but unmissable.
Read more
One person found this helpful
Report abuse
See all reviews
Get FREE delivery with Amazon Prime
Prime members enjoy FREE Delivery and exclusive access to movies, TV shows, music, Kindle e-books, Twitch Prime, and more.
> Get Started
Back to top
Get to Know Us
Make Money with Us
Let Us Help You
And don't forget:
© 1996-2020, Amazon.com, Inc. or its affiliates