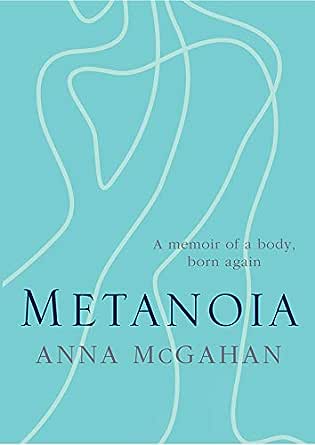 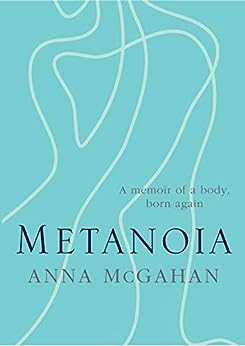 Metanoia: A Memoir of a Body, Born Again Kindle Edition

Anna's autobiography was a true pleasure to read. I found it deeply affecting, devastatingly raw, immensely authentic yet also, ethereal. Metanoia is written with a lyrical simplicity which mines great depths - exploring the human heart, weakness, brokenness, fracture, longing, and a woman's search for meaning. Naturally I was especially impacted by Anna's experience of having images from TV shows in which she starred, appropriated for evil intent ('What I felt I had gifted freely for the sake of art, was being received like pornography'). Anna shares her flaws and fallings with rare intimacy, making the discovery of grace and transfiguration into a new spiritual and earthly way of life even more entrancing. I cannot recall the last time I was so moved by a personal before-and-after narrative of radical transformation.

Perhaps we have done to our bodies what we have so long done to God?
We have demanded they conform to the image we find the most desirable.
We have treated them as rubbish bins, weapons and punching bags.
We have muted their wills until their voices have fallen silent.
At 23, Anna McGahan was wrestling with the rest of the world for ownership of her femininity, sexuality and physicality. As a young actor thrust into the spotlight as a poster girl for sexual liberation – intent on exploring the next relationship, the lowest weight and the wildest high – her path pointed her to chaos, starvation and isolation.
Until – unexpectedly – she met God.
In this memoir, Anna shares the story of reconciling with her body, mapping its journey from another product in a marketplace, to a vessel of inherent power and worth.
Metanoia is the cry of a body broken and resurrected, the song of a bird set free.
See all Product description

Lynnette Dawn Roberts
5.0 out of 5 stars A deeply honest journey
Reviewed in Australia on 7 February 2020
Format: Kindle EditionVerified Purchase
I have loved watching the luminous presence of Anna McGahan on Aussie TV, so when I heard her interviewed about her memoir in which she describes her spiritual journey I knew that this was a book I had to have. From the excesses of her youth, her search for Buddhist spirituality which also involved hiking to base camp at Mt Everest, to her eventual conversion to Christianity via the Pentecostal Church, it became clear that this is someone who doesn't do things by halves. I was confronted by the conservatism of her early experiences in her new faith, especially in light of the example of our current political leader, but I found her theology to be sound and her heart firmly directed towards helping those less fortunate rather than focusing on a prosperity gospel. And eventually she moved on from here, deepening her experience in other traditions. If her writing is at times painfully self-analytical, it's also searingly honest and deeply courageous. I found her story inspirational, but very human. Her writing is beautiful and I hope there'll be a sequel some years down the track. I couldn't put it down.
Read more
One person found this helpful
Helpful
Comment Report abuse

Joel
5.0 out of 5 stars A beautiful image of how a life can be transformed
Reviewed in Australia on 11 December 2019
Format: Kindle EditionVerified Purchase
So thankful for this majestic work of a memoir - its poetic, moving prose keeps the story flowing with hope and longing.
Read more
One person found this helpful
Helpful
Comment Report abuse

Christine Bennett
5.0 out of 5 stars Poignant, honest, vulnerable and real
Reviewed in Australia on 13 February 2020
Format: Kindle Edition
I picked up this book, not knowing anything about the story it contained. It was a gift; in more ways than one.
My story could not be more different than Anna's, yet I've identified so many parts of this book with my own journey of love, loss, joy and spirituality; and I'm old enough to be her mother.
Anna's words are some of the most poetic I've ever read. In describing her journey through anorexia, sexualization in the media, and her spiritual quest, she weaves a story filled with mystery and yet not. I have never before read a biographical that is a page turner. At the same time, I had to keep putting it down though, to let the message sink in. Utterly brilliant work.
Read more
Helpful
Comment Report abuse
See all reviews from Australia
Get FREE delivery with Amazon Prime
Prime members enjoy FREE Delivery and exclusive access to movies, TV shows, music, Kindle e-books, Twitch Prime, and more.
> Get Started
Back to top
Get to Know Us
Make Money with Us
Let Us Help You
And don't forget:
© 1996-2020, Amazon.com, Inc. or its affiliates