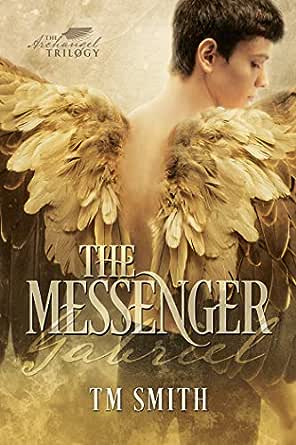 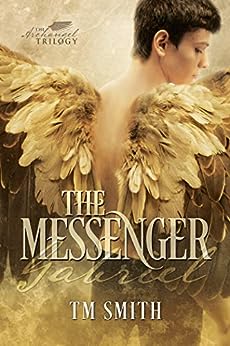 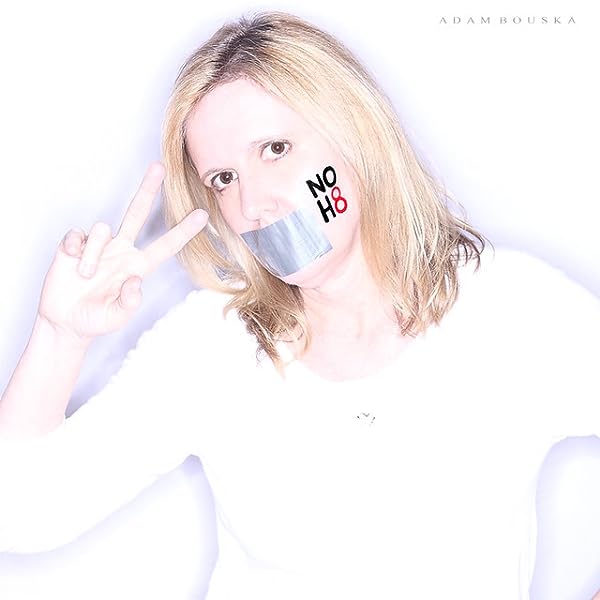 For centuries Gabriel, Michael, and Lucifer have worked together, coexisting in the same universe. Gabriel chooses to remain silent and secluded, preferring the garden in the Hall of Souls. He dances beneath the tree of life, barefoot and with reckless abandon…until the day he looks into the eyes of another angel and sees the dreams he’s kept silent mirrored there.

Eons have passed since the moment Michael came to be General of the All Father’s army in Heaven, the protector of mankind. Michael has been in love with Lucifer for as long as he can remember, their relationship second only to his oath to All Father. But lately, Michael has begun to notice cracks in the surface of their bond, sensing that his lover is not as angelic as he seems.

Lucifer is the All Father’s first creation, the bringer of light, his Morning Star. He sits to the right of the throne, as he’s done every day since the dawn of time. Two things were tasked to the archangels from the start: put no other before the All Father, and protect the humans he cherishes. Lucifer challenges both sacred rules. He puts his love for Michael before his love for his creator, and he questions his creator’s wisdom when it comes to the atrocities he has seen committed by mankind.

One will fall while two remain and grow stronger. A battle of wills is on the horizon.…Not only mankind, but the fate of all beings will hang in the balance.

Clara
5.0 out of 5 stars Fantastic story
8 October 2018 - Published on Amazon.com
10/5 stars. Maybe more. I'm not entirely sure yet. I only wish I could give it that many stars.

TM Smith has created a world and book that is spiritual, sacred, loving, romantic, and very hot.

Lucifer and Michael are archangels, the first and strongest choir of angels. They are bonded to each other with a deeply emotional and spiritual bond. The only problem is that Lucifer also has problems with the darkness within and it's starting to break that bond apart.

Gabriel has loved Michael for many years. Michael is starting to feel the draw to Gabriel as well, but he's conflicted because of Lucifer and the bond that they have. But as Lucifer continues to deal with his darkness, Michael becomes more and more separate from him and closer to Gabriel.

Seriously, the worldbuilding that happens in this book is just wonderful. Smith has taken a framework that people are pretty familiar with, that of deity and angelic followers, and put what I think is a pretty unique spin on it. I'm really looking forward to seeing what happens next.

R Keebler
4.0 out of 5 stars Interesting take on Angels
7 October 2018 - Published on Amazon.com
This book is the story of God and his angels. At its center is an all consuming love. Michael loved Lucifer. Lucifer fell from grace. Michael loved Gabriel.

Michael had been with Lucifer since the beginning of time. When Lucifer let the darkness take over his being, he was banished to hell. Michael turned to Gabriel, realizing there had always been a thread between them.

Angels having sex isn’t your everyday type of story. The author took bits and pieces from the Bible and turned it into an interesting love story. As a person who vaguely accepts the theories of religion, I had no issues with the religious aspect of the story.

Carra at Making it Happen blog
5.0 out of 5 stars 4.5 stars, thought-provoking and intense
9 October 2018 - Published on Amazon.com
I’m am absolutely not a religious person, never read the Bible, and what I know of Christianity is from friends, required literature in school, and television. So, as you might expect I had no real preconceived ideas of any religious framework before starting to read this story. I personally think that was a good thing, since I was able to see the author’s vision for the story and not overlay it on any existing religious beliefs—this is fiction after all, and our world should have very little bearing on the story the author is trying to tell. What I found was a thought-provoking book that played with my emotions (I mean, who’d have thought you could sympathize with Satan?), and some powerful scenes that were stunning in their imagery and intensity.

Though this is meant to be Gabriel’s story, in order to tell it we need to learn about Michael and Lucifer’s relationship—one that is cracking under the strain of Lucifer’s continued questioning of the All Father and his loss of faith in humanity. While I mentioned having sympathy for Satan, given what was expected of Lucifer (what is expected of all archangels-protecting mankind and putting no other before the All Father), and his insistence on not just pushing but smashing those boundaries, there was only ever one outcome that could come to be.

Gabriel is the essence of innocence, but can protect and fight when needed just as fiercely as his counterparts. His penchant for communing with the souls at the Tree of Life embodies hope and joy, something he willingly shares with anyone who needs it to refresh their own souls. Michael, as the general of the All Father’s army in heaven, is a relentless protector, strong and true, but still hurts from the splintering of his relationship with Lucifer. Gabriel and Michael fit easily together, with Gabriel helping Michael to heal.

Yes, this is a romance—one that rewrites what you may see as religious canon—but don’t let your own religious beliefs color your opinion of this story. This is about love, pure and simple, regardless of the players. Part of telling the story includes some scenes of obvious religious nature, some of which I personally could have done without (but this is a strongly personal viewpoint due to my own beliefs…or rather non-belief), but without which Lucifer’s true nature of what he becomes cannot be fully realized. There are also times when the characters become quite introspective, and I found that this lead to a greater depth in the overall story.

The Messenger was a 4.5-star read for me, and I’m really looking forward to the rest of this series—especially given the epilogue and its tease with Raphael’s character. I think readers’ reactions will probably differ quite a bit depending on their own religious backgrounds, but regardless you’re still going to find a strong, solid, and provocative story that will have your attention from cover to cover. This book is meant for readers 18+ for sexual content.
Read more

Rachel_Emily
3.0 out of 5 stars Interesting gay romance take on God and His angels
29 September 2018 - Published on Amazon.com
This was a hard book for me to rate, heck - it's a hard book for me to even know what bookshelves to put it in! I finally settled with a 3 star rating since I really enjoyed the middle and what the author was trying to create here, but it was admittedly tough for me to get into the story at the start.

The story is basically a "what if," where the angels that we know from western Christianity were all in relationships, and same sex ones at that, and what caused God to make the decisions he did, what happened before and when Satan/Lucifer fell, and how everything from Genesis to the birth of Jesus and beyond was affected by angels such as Gabriel, Michael, Azrael, Lucifer, and so on.

As I said, this was a slow starter for me. There is a lot of explanation, a LOT of names, and the writing is in such a formal style, that it was a bit hard for me to get into the story. Things really did pick up for me and I enjoyed the middle bit, but then the ending lost me just a little bit, too. There is no menage (which I thought for a second from the blurb there may be) and no cheating, so don't be worried about that.

I would be interested to see where the author goes next with this, especially as the epilogue definitely seems to set things up for the next story.

And finally, I LOVE the cover! Beautiful!
Read more
Go to Amazon.com to see all 11 reviews 4.2 out of 5 stars
Get FREE delivery with Amazon Prime
Prime members enjoy FREE Delivery and exclusive access to movies, TV shows, music, Kindle e-books, Twitch Prime, and more.
> Get Started
Back to top
Get to Know Us
Make Money with Us
Let Us Help You
And don't forget:
© 1996-2020, Amazon.com, Inc. or its affiliates