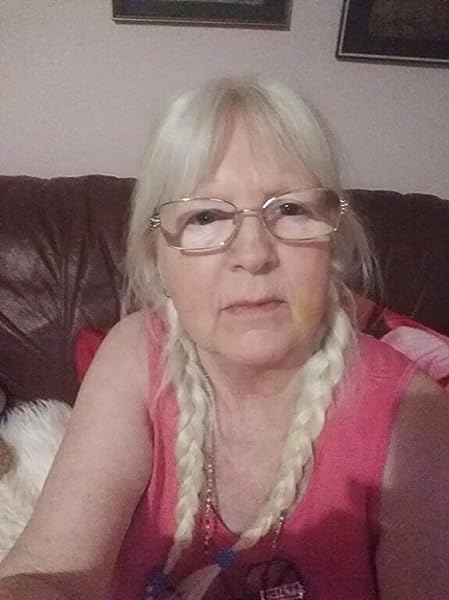 Merlin's School for Ordinary Children: The Ring of Curses (one) Paperback – 10 March 2020

by Margaret R Blake (Author)
4.7 out of 5 stars 3 ratings
See all formats and editions
Sorry, there was a problem loading this page. Try again.

A reclusive old man had to die before something of major proportions happened in the small seaside town of Calder Cove. Then, after a series of weird and rather extraordinary events a strange and mysterious castle is revealed - a castle that seemed to have appeared out of the darkness and silence of nowhere.

Was it magic? Or was it something more sinister.

In time, it is made known that the massive grey edifice is nothing beyond a school, but when the exclusively invited children finally step inside, the huge doors are locked securely behind them. They are then thrown - without warning - into the unknown. It is with great trepidation that they begin to question this, asking … is this place really a school?

An answer to their dilemma begins to show itself after an intriguing visit to an Aztec pyramid that ends with the theft of a cursed ring, and the eventual disappearance of the school’s bully, Neville Cormac. When some students ban together to look for him they stumble upon magical rooms and hidden passageways, a golden door and … most horrifically … their own doom!

All I can hope for is that there are more books coming to captivate me for times to come. This so cleverly written series of books tells readers about a very special school, situated within a castle, in a fishing village in Calder Cove. Calder Cove is an ordinary town full of ordinary people who have ordinary children living ordinary lives. Well, at least that's how it would seem, but nothing could be further from the truth.

This book is unputdownable and you'll find yourself sucked in, telling all sorts of little white lies about its whereabouts, until you come out of hiding to reveal its whereabouts, but not until you have finished the very last page.'

Merlin's School for Ordinary Children - The Ring of Curses ...

Enter Merlin's magical castle and meet the weird headmaster and his peculiar teaching staff, along with Mrs Regina Wordsworthy the librarian, with her blue-rinsed hair and Mrs Flora Nettlewood the nurse, who reeks of camphor balls! There are no parents allowed and there is only one long school term.

All you need to bring is 'your toothbrush and a change of underwear'. It's a school year full of mystery that keeps you guessing as the students go on an extraordinary adventure to discover the secrets of the school.

Start reading Merlin's School for Ordinary Children: The Ring of Curses on your Kindle in under a minute.

I live in a brick box with my teddy bear, Paddington, and usually one would think that a bit boring, but trust me, it's not. Just recently I was informed that I have a short story going to the moon in a time capsule, so to say my writing is out of this world - or soon will be - is not a lie. Why don't you find out for yourself.

More news on this can be found @ www.margaret-r-blake.com on my blog page.

Diane lynn Bunn
5.0 out of 5 stars Different
Reviewed in the United Kingdom on 1 May 2013
Verified Purchase
Loved it different to my usual read but thought I,d give it a try glad I did read it and see it your self
Read more
Report abuse

HMC
4.0 out of 5 stars The Ring of Curses is a Winner.
Reviewed in the United States on 5 April 2013
Verified Purchase
Margaret Blake has an eloquent way with the written word. The Ring of Curses immerses children in the richness of the English language that other writers tend to 'dumb-down' at the expense, and to the detriment, of our childrens' speech and language abilities. The only reason that I have given this book a four, instead of a five star rating is because I wanted to attach myself to one of the characters sooner. Following different perspectives is a good thing, in my opinion, but when you fall in love with a particular character, you want more of their time. And it would be difficult for the author to choose which, in this book, as there are so many quirky and adorable ones to choose from. I would recommend this book for teachers, being one myself, but withhold a couple of the more colourful words when reading aloud (I even did so in Harry Potter and often must with Roald Dahl or Paul Jennings). Merlin's School for Ordinary Children is a delightful read for both children, and those like me, who are young at heart. A recommended read.
Read more
One person found this helpful
Report abuse
See all reviews
Back to top
Get to Know Us
Make Money with Us
Let Us Help You
And don't forget:
© 1996-2022, Amazon.com, Inc. or its affiliates