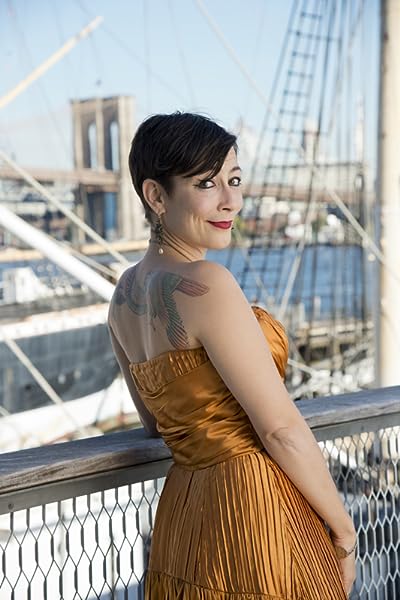 Page 1 of 1 Start overPage 1 of 1
Previous page
Next page
Start reading The Mere Wife on your Kindle in under a minute.

‘The most surprising novel I’ve read this year ... Headley is the most fearsome warrior here, lunging and pivoting between ancient and modern realms, skewering class prejudices, defending the helpless and venturing into the dark crevices of our shameful fears. Someday The Mere Wife may take its place alongside such feminist classics as The Wide Sargasso Sea because in its own wicked and wickedly funny way it’s just as insightful about how we make and kill our monsters.’

‘Imagine the centaur-like hybrid of a Middle Ages warrior saga and a slow-burning drama of domestic ennui and you begin to get a sense of this spiky, arresting story … the novel plays ingeniously with its ancient source.’’

‘Her prose is an exhilarating mixture of darkness and fire, striking the perfect balance between sparse and startlingly vivid … There’s real heart in The Mere Wife; even in its most shocking, bloody moments, it’s ultimately the moving story of one woman’s desire to protect her child, and of that child’s yearning for connection … But its roots are coiled deep in the old earth and the dark water, the place that nightmares come from, and dreams too.’

‘[A] gleaming, glowering, blood-soaked beast of a book.’

‘Maria Dahvana Headley is a gift, a genius, and an absolute wonder; I would follow her anywhere.’

-- Carmen Maria Machado, author of Her Body and Other Parties

‘I loved Maria Dahvana Headley’s The Mere Wife … a memorably weird and deep retelling of Beowulf as a novel about suburban America, wildness, PTSD and what it means to be a hero.’

‘The Mere Wife is … a playful reconsideration, an invitation to look at its characters from a different perspective. It is a reminder that stories survive through the centuries because ― however antiquated they seem on the surface ― they hold meaning that never dims.’

Maria Dahvana Headley is a #1 New York Times bestselling author and editor, most recently of the novels The Mere Wife, Magonia, Queen of Kings, and the memoir The Year of Yes. With Kat Howard she is the co-author of The End of the Sentence, and with Neil Gaiman she is the co-editor of Unnatural Creatures. Her short stories have been shortlisted for the Shirley Jackson, Nebula, and World Fantasy Awards, and her work has been supported by the MacDowell Colony and by Arte Studio Ginestrelle. She was raised with a wolf and a pack of sled dogs in the high desert of rural Idaho and now lives in Brooklyn.

4.2 out of 5 stars
4.2 out of 5
176 global ratings
How are ratings calculated?
To calculate the overall star rating and percentage breakdown by star, we don’t use a simple average. Instead, our system considers things like how recent a review is and if the reviewer bought the item on Amazon. It also analyses reviews to verify trustworthiness.

steve birt
5.0 out of 5 stars Did The Mere Wife meet your expectations?
Reviewed in the United Kingdom on 2 February 2021
Verified Purchase
Did it ever. I was blown away by this, indeed it is so intense I had to take a break every chapter or so to think it through and organize my feelings. A fantastic read, one that will linger with me and one I wish I could read again for the first time.
Read more
One person found this helpful
Report abuse

Client d'Amazon
4.0 out of 5 stars Absolutely give it the necessary hours
Reviewed in the United Kingdom on 11 October 2019
Verified Purchase
Quite gripping. Sadness much, vague melancholy much, I feel for them and wish I could jump inside the book to give them a hand much. It's sucks you in. To my knowledge that's the definition of a read worthwhile. Thank you, Maria.
Read more
One person found this helpful
Report abuse

Dawn
3.0 out of 5 stars 3.5 stars
Reviewed in Canada on 11 April 2021
Verified Purchase
This book reads like nails on a chalk board. It is irritating and feels like a mystical nightmare which makes it hard to understand what is reality. Books like this always seem to get “awards”.
I liked that the author expressed the notion that we all have demons that we hide and we all love to show a facade of perfection to the public. I didn’t like the sexism. Women were portrayed as manipulative monsters, men as undisciplined, manipulated idiots. I didn’t like the weirdly extreme and unrealistic story, descriptions, circumstances and people.
I recommend the book, but only if you like disturbing things.
Read more
Report abuse
See all reviews
Back to top
Get to Know Us
Make Money with Us
Let Us Help You
And don't forget:
© 1996-2021, Amazon.com, Inc. or its affiliates