Skip to main content
Mercy's Rescue and over 1.5 million other books are available for Amazon Kindle . Learn more 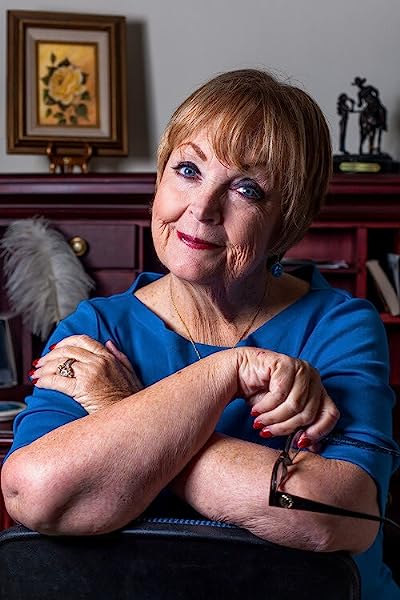 Page 1 of 1 Start overPage 1 of 1
Previous page
Next page
Start reading Mercy's Rescue on your Kindle in under a minute.

<style type="text/css">P { margin-bottom: 0.08in; }</style> <p style="margin-bottom: 0in;">"What a wonderfully written novel Debra Holt has in Mercy's Rescue! A beautiful love story that captures your heart with surprise in every page...Bravo to Debra Holt for writing a novel that leaves you fulfilled to the end." Teresa Cross, Fresh Fiction --Novel Rocket

Author Debra Holt was born and raised in the Lone Star state of Texas. She grew up among horses, cowboys, open spaces, and real Texas Rangers. Pride in her state and ancestry colors the heroes and heroines she most loves creating. She also draws upon a variety of life experience, from working with abused children to caring for baby animals to owning a wedding planning business (Ah, the romance!). She read her first romance novel 30+ years ago and has been hooked on the genre ever since.
Mercy s Rescue is Debra Holt s third published novel. Readers can connect with her via her website at DebraHoltBooks.com or follow her on Twitter @debraholtbooks.

4.5 out of 5 stars
4.5 out of 5
91 global ratings
How are ratings calculated?
To calculate the overall star rating and percentage breakdown by star, we don’t use a simple average. Instead, our system considers things like how recent a review is and if the reviewer bought the item on Amazon. It also analyses reviews to verify trustworthiness.

B. Stewart
4.0 out of 5 stars Mercy's Rescue
Reviewed in Australia on 30 March 2017
Verified Purchase
I found Mercy's Rescue to be a very good read. At times I wanted to shake Mercy but fighting through fear is not easy and the author did a great job of making you feel her fear of taking that risk.
Read more
Helpful
Report abuse
See all reviews

The Devil in the Dust
5.0 out of 5 stars Mercy' s Rescue
Reviewed in the United Kingdom on 28 July 2016
Verified Purchase
A lovely typical boy meets girl romance with interesting twists and turns. A good book to relax with after a busy day
Read more
Report abuse

Keeper of the Jelly Beans
5.0 out of 5 stars Loved It
Reviewed in Canada on 4 July 2016
Verified Purchase
This was a new author for me and I loved this book. Original storyline, well-developed characters, a Christian romance... Loved it! It is written in a smooth, easy-to-read, mature voice and has a great pace. I look forward to reading more by this author and I highly recommend this book.
Read more
Report abuse

donjudyd
5.0 out of 5 stars Clean, heart-warming romance
Reviewed in the United States on 6 October 2015
Verified Purchase
So often lately, I will start a "Christian" book only to have to delete it because of cursing or explicit sex. In my opinion, any writer worth their salt can convey their thoughts and hold a reader's interest without that. I really enjoyed this book and it held my interest throughout the entire book right to the last page!
Read more
18 people found this helpful
Report abuse

R. Miller
4.0 out of 5 stars 3.4 stars: Mercy's Rescue by Debra Holt
Reviewed in the United States on 10 November 2016
Verified Purchase
One of the patients nurse Mercy helps life-flight to the hospital is Sheriff Josh; there's a strong attraction, but even as their families intertwine, Mercy resists him.

(Though reviews are inherently subjective, I prefer to provide some organization to my opinions through the use of a personal rubric. The following notes may contain spoilers.)

Plot and Setting: 3.5 -- Plot mixes cliche/overly convenient with unique/interesting. Includes a handful of scenes that pull away from the main focus. The book starts and ends with scenes of Mercy in her job as a flight medic, and that's what I expected the story to be about -- but there's a fairly massive, strange detour in the middle with her mom getting married in Vegas, which was overly drama-filled and didn't seem to really fit the story. And then a cliche accident that changes everything, and a dramatic proposal from out of the blue . . . Not the best plot ever. Setting is clear and believable. Timeline may be a bit hard to follow.

Characters: 3 -- Main characters are mostly relatable, realistic, interesting, and/or dynamic. Very little growth or change from Josh; he falls in love at the start and stays that way. Mercy is working through anger and grief over past events, and at least some of her emotions and reactions are understandable along the way. Minor characters are almost exclusively stereotyped or simplified. Her brothers' reactions to their mom getting married, for example, show strong emotions but very little character. Relationships between characters are not especially well developed, but what is there is generally good.

Mechanics and Writing: 3.5 -- A handful of typos, punctuation issues, or word errors, but nothing that seriously hinders understanding. Besides a few typos, some sentences that just seemed awkward. Generally solid use of POV, with a few errors. It was almost entirely Mercy, with a few bits of Josh--and in fact, I felt the Josh bits were out of place, and it might've been better to not have those at all. Generally skillful writing.

Redeeming Value: 4 -- Partially focused uplifting themes or lessons. Mercy starts out angry at God at the senseless deaths of her father and her fiance, and she's trying to ensure she'll never be hurt like that again--but she does come to see that it doesn't quite work that way, and God's love is more real than she had let herself admit before. She starts attending church again, and feels peace, even when she's changing the plans she thought she had for her life. Sex, alcohol, violence, etc, are not glorified. Stories of 2 deaths via random acts of violence, some kissing.

Personal Enjoyment: 3 -- I liked it. It was enjoyable and entertaining. I wouldn’t mind re-reading it someday, but it’s not a priority.

Kindle Customer
4.0 out of 5 stars Love Found in the Air: Mercy's Rescue
Reviewed in the United States on 11 September 2016
Verified Purchase
Mercy's Rescue by Debra Holt

This Christian fiction romance was light read.
Like a Hallmark Channel movie, the ending was predictable,
but plenty of twists and turns to get there.
Flight Nurse Mercy thought she had her life down pat -
a job she loved and a happy kitty at home.
And then one accident victim - a sheriff - came into her life...
who never seems to leave her alone.
Mercy, though, has a past that has allowed her to build up a wall.
Who will really rescue who in the end?

I found it quite difficult to put down. I got attached to the characters (yes, kitty included) and certainly got my heart pumping a few times.

I look forward to reading more books by Debra in the future!
Read more
3 people found this helpful
Report abuse
See all reviews
Back to top
Get to Know Us
Make Money with Us
Let Us Help You
And don't forget:
© 1996-2021, Amazon.com, Inc. or its affiliates