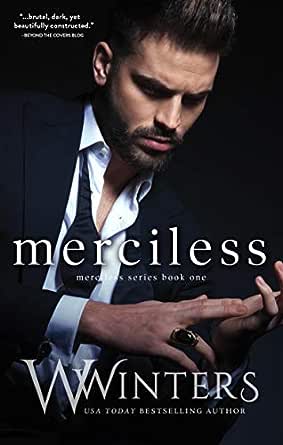 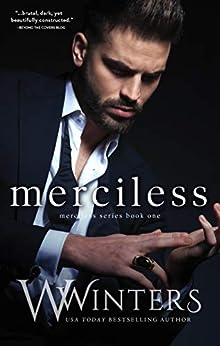 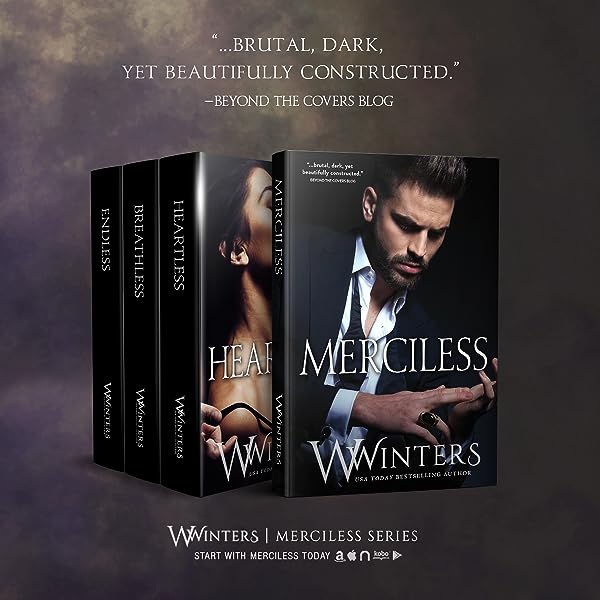 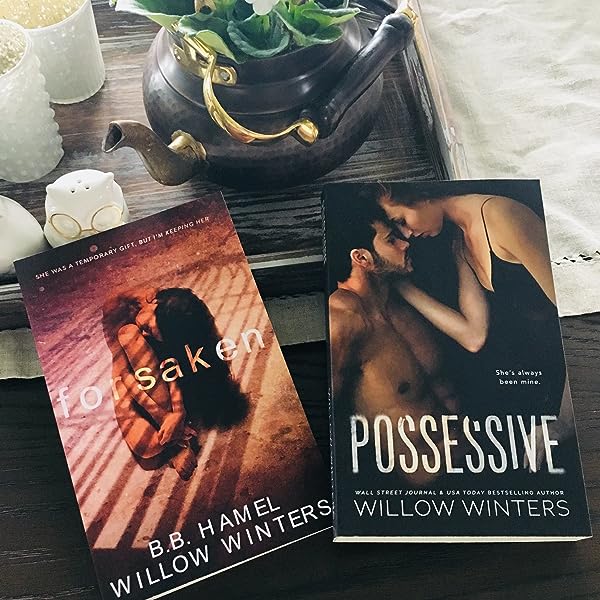 4.2 out of 5 stars
4.2 out of 5
1,016 global ratings
How are ratings calculated?
To calculate the overall star rating and percentage breakdown by star, we don’t use a simple average. Instead, our system considers things like how recent a review is and if the reviewer bought the item on Amazon. It also analyses reviews to verify trustworthiness.

Jill jennings
TOP 1000 REVIEWER
4.0 out of 5 stars Intensely awesome
Reviewed in Australia on 8 January 2020
Verified Purchase
I went into this book blind. I knew it was a mafia style story but nothing else and The more I read the more I couldn’t put it down. I was hooked from Beginning to end .
It’s gritty and dirty and nasty but addictive and intense.
The cross world is cruel and demanding. Aria is strong and defiant but carters will is stronger. He has a plan and what he wants he gets one way or another . He’s forward thinking , intelligent and crafty.
I have high hopes for aria in the books to come despite her position at the end of this one . And I want to know more about carter . He hard and cruel and manipulative and a monster . But sexy and charming and something about him .
This book does end on a cliff hanger !
I’m so kean to read the next book I want to start it right away!

Kay's Blushing Book Reviews
TOP 500 REVIEWER
5.0 out of 5 stars A Blushing Book Review
Reviewed in Australia on 16 October 2018
Verified Purchase
To say I loved this would not do it justice enough. This is exactly the type of book I'd been craving. I have recieved a lot of contemporary romance ARC's, so I have really been missing my Dark Romances with their brooding dominant alpha Male and strong defiant heroine. Merciless did not disappoint.

Willow Winters has a way of making you get inside of her characters minds, feel their fear, lust and heartache. A master storyteller, she is unafraid to step outside the boundaries, test her readers, and leave a mark on you with her unabashed stories. To me that's what makes a good author great.

I loved Aria's strength and strong will. She fought with everything she had which made her submission in the end so much sweeter. Despite her cage this little song bird sang a loud tune.

Carter Cross is the perfect dominant devil, he is bold in his actions, imperious, calculated and authoritative. He is a man you’re going to love to hate. He is merciless!

This is a deliciously dark story that will have you suspended in time whilst you devour every page. I cannot wait to get stuck into Heartless Book 2 in the series.

Anita_booktoread.
TOP 500 REVIEWER
4.0 out of 5 stars Took me while to get into this.
Reviewed in Australia on 16 August 2018
Verified Purchase
I don’t think I’m a big fan of forced submission but I love Willow so I persevered. It was until the final 3 chapters that I was wholly hooked on this story and can’t wait to see how Carter and Aria pan out in the next one.
2nd time around and this book, really does get better. Before all I could see was Carter’s forced caging and submission of Aria, this time around I could see his love and want for her, his need to be everything for her. It was almost beautiful.
Read more
Helpful
Comment Report abuse

Kindle Customer
4.0 out of 5 stars Songbird
Reviewed in Australia on 13 October 2019
Verified Purchase
This was an intriguing story and Carter was an even interesting character. Aria even though she is weak to Carter's commands she is still a strong character. I'm interested to see how this story unfolds.
Read more
Helpful
Comment Report abuse

Madelynn
5.0 out of 5 stars Dark. Steamy. Thrilling.
Reviewed in Australia on 28 May 2019
Verified Purchase
Willow Winters is a goddess. Carter is fierce and enigmatic. Enthralled with Aria. She is perfect as first defiant, then clever.
He takes ownership of her in ways I’ve not seen all that often.
Recommended for those who enjoy dark erotica and mafia genres.
Read more
Helpful
Comment Report abuse

Amazon Customer
5.0 out of 5 stars Another top read from this author
Reviewed in Australia on 18 June 2018
Verified Purchase
Can not get enough from this author. Just love her style
Read more
2 people found this helpful
Helpful
Comment Report abuse

Jade B
4.0 out of 5 stars Merciless
Reviewed in Australia on 4 June 2020
Verified Purchase
This book is edgy, and suspenseful and all the things a good dark romance book should be. I really enjoyed it!
Read more
Helpful
Comment Report abuse

Brooke
TOP 1000 REVIEWER
5.0 out of 5 stars Great book
Reviewed in Australia on 13 March 2019
Verified Purchase
I loved reading this book I couldn’t put it down until it was finished I can’t wait to start reading the next
Read more
Helpful
Comment Report abuse
See all reviews

Kindle Customer
1.0 out of 5 stars Ridiculous plot! Badly written!
Reviewed in the United Kingdom on 29 March 2019
Verified Purchase
Not very well written. The author fails miserably when she tries to make the reader understand Carter's reasoning for abusing Aria, humiliating her and locking her away. That he was trying to free her of her fear of Stephan?! He didn't even know anything about what Stephan had done to her at that stage either and only killed him at the dinner party, after hearing Aria screaming Stephan's name during her night terrors. By which time Carter had already taken Aria and brutally abused her. If he took her because he was trying to save her from the attack on her family, fine. But he doesn't need to treat her like he does, abusing her physically, emotionally and physiologically, starving her, then forcing her to kill someone.

The writing fails to make this a dark erotica, instead it's just not pleasant to read what he does to her and it's definitely not sexy. There is nothing sexy about a broken girl being forced to submit. I hated the other male character's, like Daniel and Jase, for standing back and allowing him to abuse her in the cell for weeks. So I won't be reading their stories.

With mistakes from the start, typos, words out of order, paragraphs that are only a couple of sentences long, actions, inner monologues that don't fit, unbelievable scenes, a weak plot with holes and a cliff hanger too, this is seriously not a good read. Not well constructed and not well written.
Read more
23 people found this helpful
Report abuse

Amazon Customer
1.0 out of 5 stars No. Just no.
Reviewed in the United States on 25 September 2018
Verified Purchase
There are multiple issues with this book.

1. For a book that is supposed to be a dark romance there is absolutely no romance. I’m not sure when kidnapping someone, starving them, mentally torturing them and forcing them to give you sex because the only other choice is to die of starvation became ethically ok to write about. In fact the one word we hear from Aria over and over again is FEAR.
As multiple other reviewers have said Stockholm Syndrome. I love a good dark romance however this book is not that at all.

2. I’m so tired of authors using a cliffhanger ending to get you to buy more books. What purpose did the ending here serve? There was no resolution whatsoever for any of the characters. We barely learned anything about the characters in this book.

3. Carter has no compassion or light. All he cares about is breaking Aria and owning her. He doesnt actually care anything about her as a person. Anti-heroes can make for very interesting and complex characters. Carter is none of these. He is the same person at the beginning as he is at the end.

In short this book is vastly overrated and underwritten. Not going to read the second book.
Read more
498 people found this helpful
Report abuse

Booksobsessive18
5.0 out of 5 stars Dark and captivating!
Reviewed in the United Kingdom on 15 May 2018
Verified Purchase
I’m still trying to catch my breath! OMG, Merciless is not what I anticipated it to be and it left me speechless! It gave all the feels with mixed emotions!
A spine tingling and Angsty Must Read! 🖤
Carter Cross!?! - I hated him but at the same time I just could not help but love him- he’s ruthless m, powerful dangerous but hot! 🔥
This story is very much a dark romance that’s gripping and addictive - it’s a story you are drawn into where you cannot put it down- I read feeling anxious throughout and it had me on the edge of my seat! I kept looking at how much was left and wondering where on earth was this going and how’s it going to end- it’s definitely not a story you can predict let me tell you ! you will be reading it with bated breath!! I found Merciless to be probably one of the darkest I’ve read of Willows, so intense and deep yet captivating and as usual she’s left us craving more!
Read more
8 people found this helpful
Report abuse

Natalie Clarke
2.0 out of 5 stars Offence
Reviewed in the United Kingdom on 3 October 2018
Verified Purchase
This book offends most of my sensibilities as a woman. I like a bit of noir but this systematic breakdown of someone through such barbaric methods as if they are a prisoner of war is very un-sexy and UN-romantic to me.
Also allowing her to kill someone will devastate her.

I have read two books from this author and they promise to make good reading but the manipulation of the female characters shows a fundamental weakness in their in their make up. The male characters on the other hand are described how women would like to have their men - strong . They don't live up to this though and are usually blunt and a bit self absorbed. This is my last book by her.
Read more
7 people found this helpful
Report abuse

Karen
5.0 out of 5 stars Wow, just wow!
Reviewed in the United Kingdom on 11 June 2018
Verified Purchase
Wow, l have just read this book in one sitting and my mind is still reeling! Where do l start? First, Carter, he is so ruthless and calculating, and treats Aria so cruelly, l didn’t like him at all until much further on into the story. Even now, at the end, l still find him cold and ruthless but l do understand much better why he is the way he is and why he treats Aria so cruelly, but still feel he is doing it for his own selfish reasons. Who knows, l’ll probably change my mind after reading the next book 😉. And Aria, omg how l loved her character, she was so broken yet so strong at the same time. And what an ending, can’t believe it ended on such a cliffhanger I can’t wait for Heartless to come out to find out what happens. I was so gripped by this story that l couldn’t put it down until l had finished it, what a read!
Read more
4 people found this helpful
Report abuse
See all reviews
Get FREE delivery with Amazon Prime
Prime members enjoy FREE Delivery and exclusive access to movies, TV shows, music, Kindle e-books, Twitch Prime, and more.
> Get Started
Back to top
Get to Know Us
Make Money with Us
Let Us Help You
And don't forget:
© 1996-2020, Amazon.com, Inc. or its affiliates