The Merchant's House and over 1.5 million other books are available for Amazon Kindle . Learn more
Share <Embed> 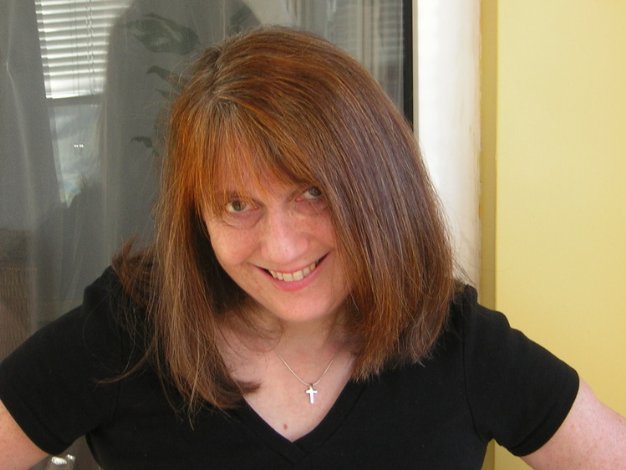 The Merchant's House: A gripping, detective thriller with a heart-stopping twist Paperback – 11 May 2006

Page 1 of 1 Start overPage 1 of 1
Previous page
Next page
Start reading The Merchant's House on your Kindle in under a minute.

A beguiling author who interweaves past and present. - THE TIMESDetective fiction with a historical twist- fans... will love it. - SCOTLAND ON SUNDAY

4.3 out of 5 stars
4.3 out of 5
586 global ratings
How are ratings calculated?
To calculate the overall star rating and percentage breakdown by star, we don’t use a simple average. Instead, our system considers things like how recent a review is and if the reviewer bought the item on Amazon. It also analyses reviews to verify trustworthiness.

Nana Mez
5.0 out of 5 stars AWESOME READ
Reviewed in Australia on 17 March 2017
Verified Purchase
I love English Murder mysteries and I have just cpme across Kate Ellis and her DS Wesley Peterson series. I am only 20% through the 1st book in the series and I am in heaven. It has everything I love - murder, history, archaeology and to top it off a long series of 20 (at this stage) more books to follow in the Wesley Peterson series. Wesley is an ex London copper who joins the CID and gets a posting tot a small (fictional) town in the country's west along with his teacher wife. As well as solving mysteries there is also a personal element which needs to be followed probably in order. Each book appears to have 2 mysteries - a modern day one and an historical one - which introduces the Archaeologist side of it in the form of an old friend who he meets up with. The books are short - 250 or so pages and although a little expensive they are well worth the price. Certainly a good can't put down book.
Read more
Helpful
Report abuse

Diana M. Hockley
TOP 1000 REVIEWER
5.0 out of 5 stars FIRST CLASS READ!
Reviewed in Australia on 9 March 2018
Very cleverly written parallel murder mysteries, one set 400 years in the past and one present day.

As always Kate Ellis weaves a terrific tale with smart twists and turns. Her characterisation is excellent, resulting in a great British murder mystery read :)

Annik Lamotte
5.0 out of 5 stars So glad I found this author
Reviewed in the United Kingdom on 7 August 2020
Verified Purchase
I bought this book yesterday and read it in two sittings, having literally been unable to put it down. I enjoyed it enormously and look forward to working my way through the others in the series. I like being in the company of the characters, who come across as real and sympathetic. The twists and turns of the plot are accomplished and believable, and the book is well-written. What more could you ask from an intelligent whodunnit?

I found the author by a chance recommendation and thought I would give her work a try. I am so pleased that I did.
Read more
Report abuse

Doreen
4.0 out of 5 stars Very good
Reviewed in the United Kingdom on 28 June 2020
Verified Purchase
I liked the story and the characters are very engaging, I will read the next book in the series, the only thing that really annoyed me was the slight alteration to the place names ie : Tadmouth ( Dartmouth ) Queenswear ( Kingswear ) Why not use the proper names or make them completely different? I found myself distracted correcting each time , shame , otherwise a good read .
Read more
One person found this helpful
Report abuse

KL.Caley
4.0 out of 5 stars An excellent start to the series
Reviewed in the United Kingdom on 24 February 2015
Verified Purchase
This is the opening novel of the Wesley Peterson series, about a police sergeant and his wife moving from London to the West Country. Wesley's interest in archaeology brings the story of the merchant house to the reader's attention quickly while the diary extract of the "merchant" are excellently placed adding to the drama. The modern mystery is handled excellently for a missing child subject, something that should be handled sensitively and the author achieves this while also weaving in the story of Wesley and his wife trying to conceive their first child, bringing a tender touch to the storyline.
The locations are well described and very visual, although perhaps a few too many places covered for the first novel in the series. The sense of everyone having something to hide came across very well in this book, leaving the suspect list wide open.
The fact that this is a series could be picked up while reading this book, but I don't think it detracted from the story line, just a sense of waiting for the characters to grow a little more on the reader. I would say as a standalone novel this book was very good, but as a series I am hoping for it to be excellent.
Read more
5 people found this helpful
Report abuse

Guilders the great
5.0 out of 5 stars Murder
Reviewed in the United Kingdom on 6 September 2016
Verified Purchase
Very interesting format. I had already read a similar series by Elly Griffiths set in Norfolk - archeologist and detective - which I enjoyed and read whole series. Then I saw this set in Cornwall and wondered if I'd enjoy it. But excellent. Slightly different format- History in form of diary or historical book extract. Modern day murder running side by side, in this case similar murder different time period. Well worth a read. I'm on to the next one in the series!
Read more
6 people found this helpful
Report abuse

Simon Easterbrook
5.0 out of 5 stars Most enjoyable
Reviewed in the United Kingdom on 11 April 2020
Verified Purchase
Kate Ellis was an author suggested to me by someone on another author’s Facebook site. I am very pleased that I decided to try this book. The characters are very believable and the storyline hooks you in and keeps your interest all the way through. I have ordered more of these books and look forward to reading the whole series.
Read more
One person found this helpful
Report abuse
See all reviews
Back to top
Get to Know Us
Make Money with Us
Let Us Help You
And don't forget:
© 1996-2021, Amazon.com, Inc. or its affiliates