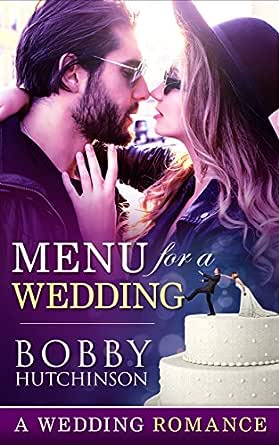 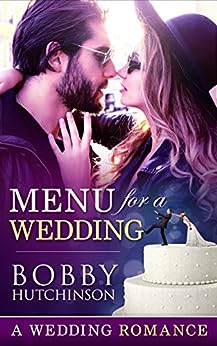 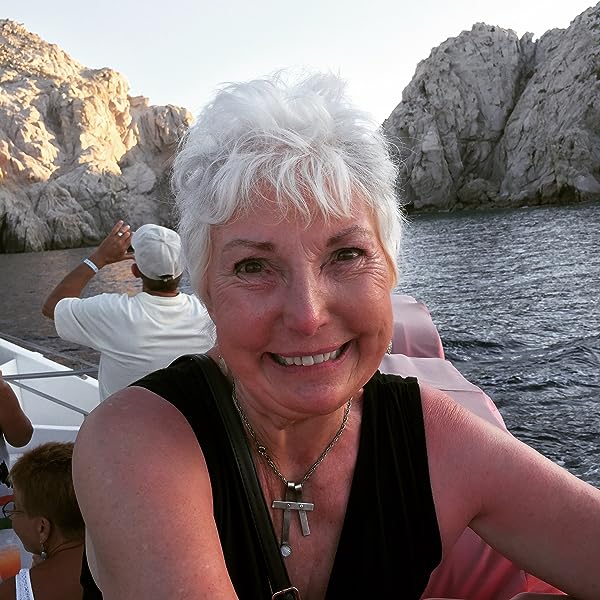 Menu For A Wedding Kindle Edition

4.4 out of 5 stars
4.4 out of 5
61 global ratings
How are ratings calculated?
To calculate the overall star rating and percentage breakdown by star, we don’t use a simple average. Instead, our system considers things like how recent a review is and if the reviewer bought the item on Amazon. It also analyses reviews to verify trustworthiness.

Kindle Customer
5.0 out of 5 stars A sweet italian/american romance!
Reviewed in the United Kingdom on 21 January 2017
Verified Purchase
Another great read from Bobby Hutchinson
A girl from a large extended family wanting her independence, business and her privacy from the family meets _ love at first sight _ a former American footballer and caterer who is catering for her brother's wedding!

After her mother not agreeing to the menu it's up to Frankie and Eric to meet up to arrange the food and romance wound its way over ups and downs till she eventually thought she could have all she wanted plus a marriage and all with compromise!!

Elvisfan
5.0 out of 5 stars Great story
Reviewed in Canada on 5 May 2014
Verified Purchase
This was such a good story. It began with 2 of the "beautiful people" you encounter occasionally that seem to have it all, self-absorbed as well. But , as Bobby develops the characters, they become real right before your eyes, with real fears and insecurities, and hopes and dreams they have to struggle to achieve as we all do. It is another story from Bobby that wraps you in its love and emotions, and you want to continue their life journey with these characters. All thumbs up !
Read more
Report abuse

Amazon Customer
5.0 out of 5 stars another winner
Reviewed in Canada on 28 April 2014
Verified Purchase
Bobby does not disappoint.
This book was a short but satisfying read. The characters were interesting and very believable. I've never been involved in an Italian family, but Bobby has shown me what it is probably like.
Kodos, Bobby! I loved it. Can't wait for the next book!!
Read more
Report abuse

amazon143er
5.0 out of 5 stars Can be any family
Reviewed in the United States on 30 April 2014
Verified Purchase
Menu for a Wedding is a great story of love and family. The story is well written/paced, easy read with characters that are likeable. Eric, a restaurateur who is catering a wedding falls for the sister (Frankie) of his client. Eric initially meets Frankie while she acts as an Italian interpreter between Eric and her mother Teresa on the wedding menu. An instant attraction is felt between Eric and Frankie.

Eric is a handsome gentleman, direct, business man that's patience & who knows who and what he wants while Frankie is a shy, business woman, less confident with her looks, & more high strung. Eric is everything Frankie thought she did not want. With a fear of having to sacrifice part of herself to have both love and a career, Frankie vows never to marry.

The story weaves family dynamists of love, arguments, snooping, and being there for one another in the time of need. Reading about Frankie's Aunt Rosina for some reason gave me a mental image of Aunt Voula in the movie "My Big Fat Greek Wedding" and put a smile on my face.

The family inquisitiveness that irritates Frankie so much about her family and so many of us find irritating as well, she later comes to accept and appreciate. On a side note, the love scenes are not graphic but romantic and appropriate. Also, formatting errors throughout book. Dispite errors, Menu for a Wedding can be any family and was a delight to read.
Read more
3 people found this helpful
Report abuse

Sandi Koch Bedell
4.0 out of 5 stars A Visit Home
Reviewed in the United States on 3 September 2018
Verified Purchase
The descriptions of a large multigenerational Italian family were spot on. I was fortunate to be born and raised in a small town in the San Francisco bay area which had many of these families. Their innate care for each other was continually evident but also quite intrusive according to the younger members of the family. The story as well as the wedding preparations were quite familiar. Good beach read.
Read more
One person found this helpful
Report abuse
See all reviews
Back to top
Get to Know Us
Make Money with Us
Let Us Help You
And don't forget:
© 1996-2021, Amazon.com, Inc. or its affiliates